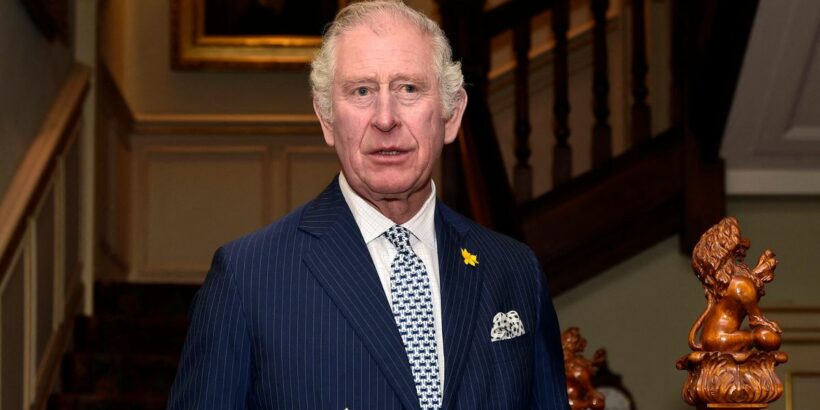 Prince Charles' sweet moment with Kate Middleton at the Queen's Platinum Jubilee has been branded the 'biggest insult to Prince Harry and Meghan Markle by a royal expert.

The Prince of Wales was seen blowing a kiss to his daughter-in-law as they met in the St Paul's Cathedral for the National Service of Thanksgiving for the Queen on June 3.

But the "off-the-cuff" moment has allegedly left the Duke and Duchess of Sussex feeling 'slighted', according to the latest YouTube video posted by royal expert Neil Sean.

Speaking of Charles' gesture, Mr Sean said: "According to a very good source, that's one of the things that Harry and Meghan now feel very slighted by. [This is] because of what Prince Charles did in the Cathedral."

He added: "In fact, some are saying, [this] is the biggest insult that they've received since they departed, of course, and decided to become Megxit."

The royal expert continued: "As I've said many times before, you threw down the gauntlet, you said all of those things on TV.

"Prince Charles, the Queen, Prince William, [the] Duchess of Cambridge, however, Sophie Wessex, are entitled to react in any way that they wish after what went before."

He added: "Prince Charles, Catherine, William, Harry, and Meghan was there really a bigger insult than that.

"I would just say that it was an off-the-cuff thing that Prince Charles did and perhaps [he] just never thought about it as they [William and Kate] were right there in front of him."

He noted that Meghan and Harry were "second-tier royals" and were sat in "with normal people, for wanted a better word", so of course, Charles "couldn't do that [to them].

Mr Sean added: "[And] why should he, given what they've done to him. So fast forward, it looks like this particular slight could end up being one of the biggest talking points in Prince Harry's book".

Prince Harry and Meghan's visit for the Queen's celebrations was their first official time on UK soil since their royal exit in 2020.

Buckingham Palace and representatives for the Sussexes have been contacted by the Daily Star for a comment on the claims.