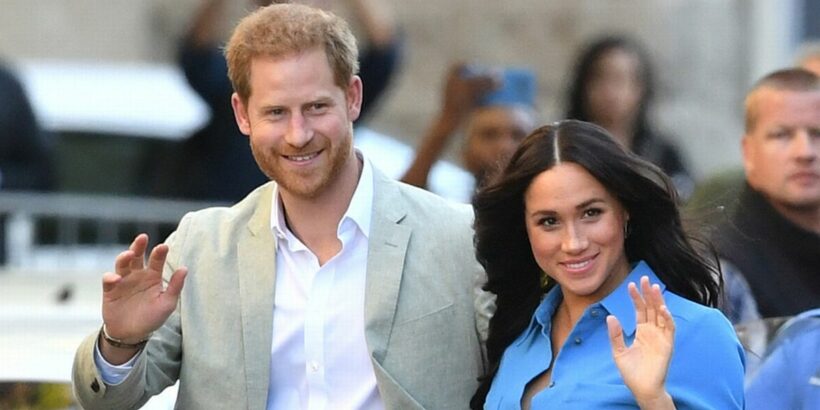 While Prince Harry and Meghan Markle might not be everyone's cup of tea it is hard to downplay the huge interest surrounding what the couple will call their new baby daughter, who is due later this summer.

It is a right of passage that most members of the Royal Family experience with everyone and anyone trying to guess the name of their expected child.

Before Harry and Meghan's first child Archie was born the speculation around his name was at fever pitch with many punting for Arthur, Alexander and Albert.

Currently leading the way with bookies for possible names for their new expected baby is Diana, after Harry's mother the Princess of Wales, followed by Allegra, Phillipa and Maya.

However it is possible that the Duke and Duchess of Sussex have already left some clues to the name they would like for their daughter.

According to People in 2019 when Harry and Meghan were expecting Archie in 2019 they visited a school in Birkenhead where children gave their thoughts on some possible girl names.

A 7-year-old girl named Megan Dudley, who spoke with the royal pair, told reporters that she suggested the name Amy,

"I asked her whether she would call her baby Amy if she has a girl, and she said, 'That's a really pretty name, I like it. We'll have to think about it,'" revealed Megan.

On the same visit Harry was believed to have shown an interest in the name Lily while speaking to the mother of a little girl with the same name.

While in Australia in 2018 Harry also seemed keen on the name Harriet, the female version of his own name, after meeting a fan with whose daughter carried the name.

According to the mum Harry reportedly said it was a "great name".

Meghan was giving nothing away though and told a young boy on the same trip: "We've been given a long list of names from everyone, we're going to sit down and have a look at them."

Of course the truth is no one can be sure the direction of name Harry and Meghan will travel in but there has been a surge of betting interest in Phillippa, a nod to Harry's grand father Prince Philip.

"The support for baby Philippa is showing no signs of slowing down, and we've been forced to trim the odds again that it's the name for Harry and Meghan's daughter," said Jessica O'Reilly of Ladbrokes.