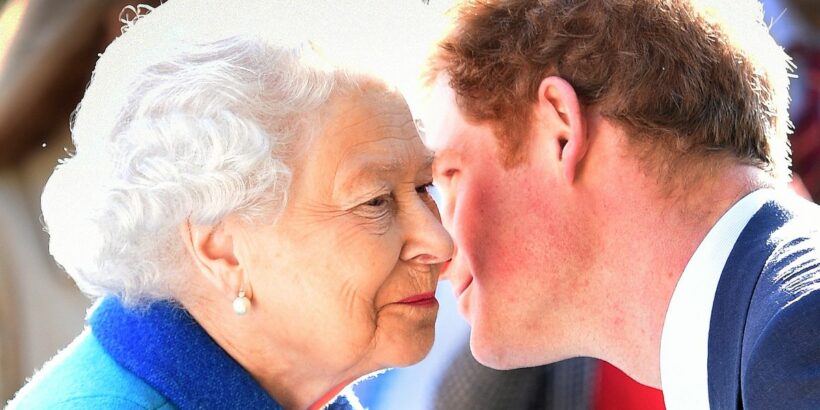 Prince Harry's upcoming memoir may end up as an attack against the Queen if he takes aim at his family within its pages.

Published by Penguin Random House and due out at the end of the month, the book most likely won't criticise the long-reigning monarch directly.

Despite all the drama between Harry and his dad Prince Charles, 73, and his older brother Prince William, 40, Harry, 37, has remained close to his grandmother the Queen – even after stepping down as a working royal and relocating to California with Meghan.

Speaking about his relationship with his gran in an interview for the Invictus Games held earlier this year, Harry said: "We have a really special relationship. We talk about things she can't talk about with anyone else."

Yet, Harry risks rocking this special relationship with the release of his memoir, as any attack on the Royal Family and royal staffers and which undermines the monarchy is a betrayal of the Queen.

While it is yet to be proven whether or not the duke's memoir will be the dynamite that blows up the Royal Family, there are clear signs suggesting it might.

The tensions between Harry and his family are long running and rife. It's no secret Harry feels slighted by many of the royals, in particular his brother, father and stepmother Camilla, 75 – who Meghan has "identified" as racist, reports News.com.

Already, the prince and his wife Meghan, 41, gave a tell-all interview with Oprah, which left the Royal Family reeling – and when Harry announced his book in 2021, it was clear the memoir would also be a tell-all expose.

The Prince said he was not writing the book as the prince he was born, but as the man he had become, adding: " I’ve worn many hats over the years, both literally and figuratively, and my hope is that in telling my story – the highs and lows, the mistakes, the lessons learned – I can help show that no matter where we come from, we have more in common than we think.

"I’m deeply grateful for the opportunity to share what I’ve learned over the course of my life so far and excited for people to read a first-hand account of my life that’s accurate and wholly truthful."

Royal biographer Tom Bower and author of the recent release Revenge: Meghan, Harry And The War Between The Windsors, believes Harry would have handed over juicy details of his family life to his ghostwriter – the Pulitzer prize-winning writer JR Moehringer to secure a $20million advance for a publishing deal which includes the memoir, reports News.com.

In Bower's opinion, Harry "seemed willing to betray every value he formerly held dear. No one realised how his hostility had grown during his conversations with John Moehringer, the ghostwriter of his memoirs.

“To earn the estimated advance of about $20million, Harry would be expected to give Moehringer emotional confessions and secret details. These would settle his scores with his family and friends.”