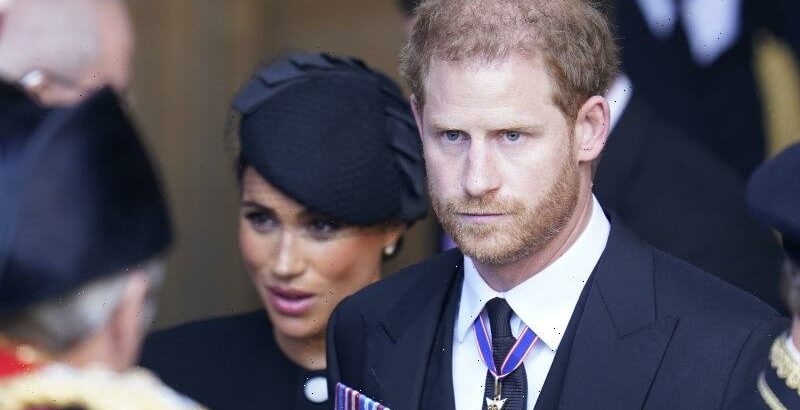 London: Prince Harry has told the London Telegraph newspaper he did not include everything that had happened between himself and his brother and father in his memoir because they “would never forgive him”, adding he had enough material for another book.

In his book Spare, published last Tuesday, Harry reveals difficulties in his relationship with the rest of his family, particularly with Prince William and King Charles. 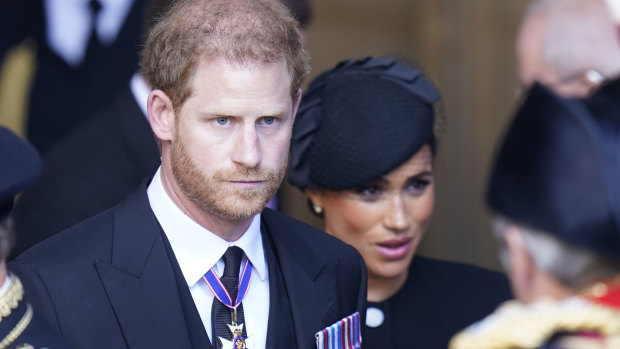 Prince Harry and his wife Meghan after Queen Elizabeth’s funeral. In his memoir Harry accuses his brother of assault and Camilla of being a villain.Credit:AP

Harry details long-standing tension between himself and his brother, culminating in William, who is heir to the throne, knocking him to the floor during a 2019 argument over Harry’s American wife, Meghan.

In the interview with the Telegraph published on Friday, Harry said an 800-page first draft of the book had been cut to just over 400 pages, and that he had shared some incidents with his ghostwriter, JR Moehringer, with no intention of seeing them published.

“It could have been two books, put it that way,” he told the newspaper.

He said it was impossible to tell his story without including revelations about the other members of his family.

“Because I don’t think they would ever forgive me. Now you could argue that some of the stuff I’ve put in there, well, they will never forgive me anyway.”

Spokespeople for the royal family have not commented on any of the claims made in the book or in the series of interviews Harry has given to promote it.