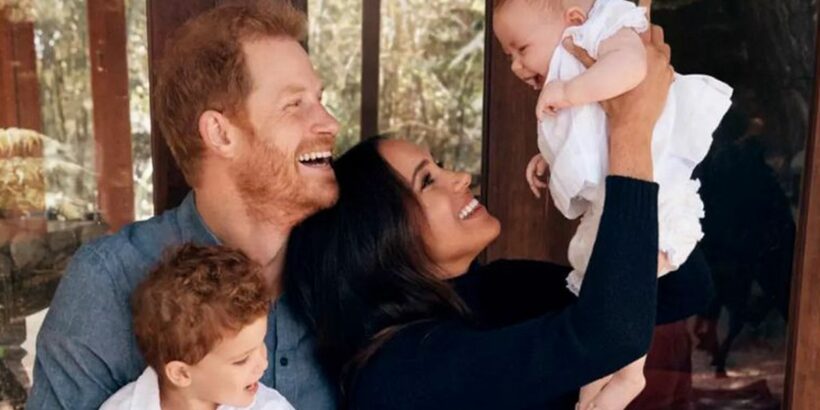 Prince Harry has revealed his and wife Meghan Markle's daughter Lilibet has taken her first steps.

The Duke of Sussex said he is a "proud papa" to his Archie Harrison, two, and 10-month-old Lilibet Diana, who only recently ticked off the major milestone.

Speaking at the Invictus Games in the Netherlands Harry told to US magazine, PEOPLE that his youngest child is trying her best to "keep up" with her big brother.

The 37-year-old, who launched the tournament for injured military veterans in 2014, opened up about fatherhood and how he was determined to leave the army before starting a family of his own.

Harry said of Lilibet: "Her current priorities are trying to keep up with her brother; she took her first step just a few days ago. Proud papa, here."

The games, which are where Harry first appeared in public with his then girlfriend Meghan in 2017, have excited toddler Archie too.

Harry said: "I showed Archie a video of wheelchair basketball and rugby from the Invictus Games in Sydney, and he absolutely loved it.

"I showed him how some were missing legs and explained that some had invisible injuries, too. Not because he asked, but because I wanted to tell him.

"Kids understand so much, and to see it through his eyes was amazing because it's so unfiltered and honest."

Harry is expected to open up about family life and his secret visit to see the Queen last week in an interview with American TV host Hoda Kotb.

The Today show has tweeted: "EXCLUSIVE: @hodakotb sat down with Prince Harry to talk about the Invictus Games, his surprise visit with the Queen, and life with his wife Meghan Markle. You can catch a preview of that interview tonight on @NBCNightlyNews and on TODAY."

According to royal experts, Harry and Meghan Markle would be a 'distraction' and undermine the Queen if they attended her Platinum Jubilee celebrations in June.

Camilla Tominey has claimed the couple would be a distracting addition with their corporate, tell-all deals with Netflix and Penguin Random House.

Military historian Christopher Joll, agreed, saying: "It should not be the Sussex show. They will inevitably be a distraction if they turn up.

"But that doesn't mean to say they shouldn't turn up. The question is what should they do if they turn up."