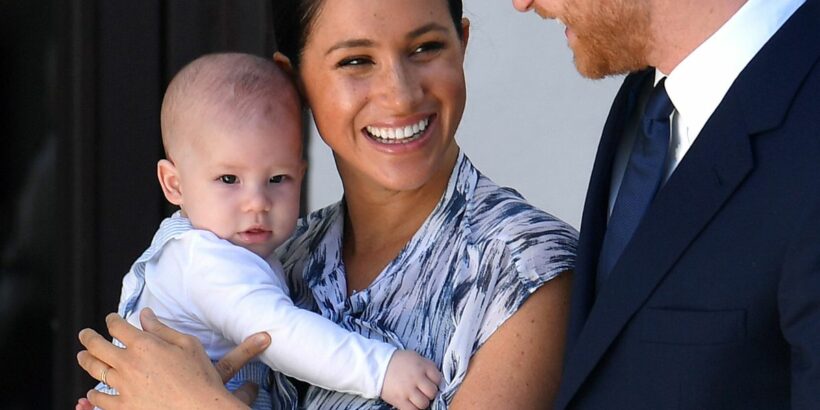 Prince Harry wanted to raise son Archie in Africa so that he could “run barefoot with African children”, a close friend has claimed.

Archie, three, has spent most of his young life either in California as his parents Harry and Meghan Markle moved out there just after he was born.

But it appears that the Duke of Sussex actually wanted to bring his son up in an entirely different part of the world.

Speaking to the Daily Mail, friend and primatologist Dame Jane Goodall said: “He wanted to bring Archie up in Africa, running barefoot with African children.”

She did not give any more details on the claim.

Through his charity work, the prince has spent time in Africa on numerous occasions.

In July 2016, he spent time in Malawi where he helped implement the first phase of the 500 Elephants project.

This saw one of the largest elephant movements in conservation history, as around 520 elephants were moved over 350 kilometres across the country.

He became president of African Parks in December 2017, and has also spent time in Mozambique and Rwanda.

Through his mother Meghan's family, Archie has African-American lineage.

In 2021, she spoke about her heritage, saying: “My dad is Caucasian and my mom is African American.

“I'm half black and half white.”

So far, the couple have actually taken Archie to Africa – a trip which nearly ended in disaster.

The trip was in 2019, but Meghan opened up about it on the debut episode of her podcast series Archetypes in August.

She said, explaining that the family were staying in a place where they had a nanny with them: “In the amount of time that she [the nanny] went downstairs, the heater in the nursery caught on fire. “There was no smoke detector.

“Someone happened to just smell smoke down the hallway, went in, fire extinguished.

“He was supposed to be sleeping in there.”

The former Suits star dropped their young son at the housing unit they were staying in for a sleep straight after arriving on their official tour, with Meghan and the Duke of Sussex leaving to carry out a visit to the Nyanga township, where the duchess delivered a speech.

"There was this moment where I'm standing on a tree stump and I'm giving this speech to women and girls, and we finish the engagement, we get in the car and they say there's been a fire at the residence. What? There's been a fire in the baby's room," she said.

The Duchess described how she and Prince Harry had raced back to meet the nanny, Lauren, who was in floods of tears, and explained that she had taken the split second decision to take Archie with her rather than put him down to sleep in the room that subsequently went up in flames.

The Daily Star has contacted Harry and Meghan's spokesperson for comment.