Prince Harry was stopped from fighting on the frontline over fears the enemy knew where he was headed and would kill him.

He would have been the first royal to do so in 25 years had he made it to the front, but a new documentary has revealed how plans to send him to Iraq were scrapped at the last minute

The newly commissioned Lieutenant Wales was approved to lead the blues and Royals regiments into the country four years after Saddam Hussein was deposed. 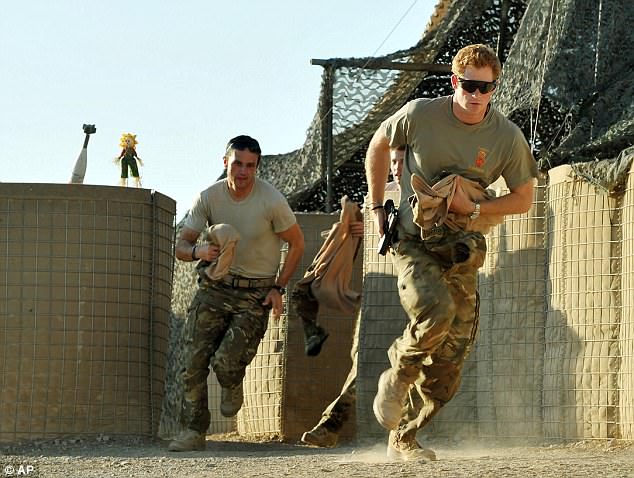 But shortly before his scheduled deployment, General Sir Richard Dannatt decided too many details had been made public about the prince’s military activities, the Sunday Express reports.

He cancelled the orders, citing ‘specific threats which relate directly to Prince Harry as an individual’ in 2007.

Lord Dannatt said last night: ‘By the time we had to take a final decision, they’d worked out where he would be, what his unit would be doing, what sort of vehicle he’d be in and what he’d be wearing.’ 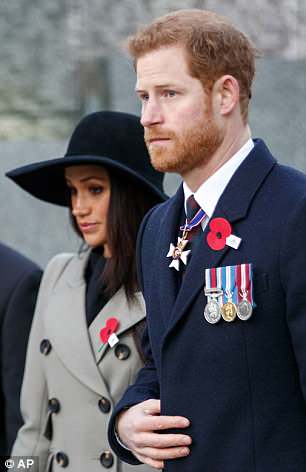 But any hope of fighting at the front were dashed due to what Lord Dannatt said was the deterioration of Iraq that meant it was no longer a ‘reasonable risk’ to deploy him.

The former British Army head said the information in question told the enemy how to spot the prince and roughly where to place an improvised explosive device (IED).

He said both the Queen and Prince of Wales also felt Harry’s presence would also increase the level of risk to his comrades.

Lieutenant Wales famously said of the decision: ‘I have not dragged my sorry arse in Sandhurst for a year not to get out on operations.’

He made a second attempt for active service. This time he was set to fight in Helmand Province, Afghanistan.

General Dannatt made a deal with UK’s newspaper editors and TV journalists for a total blackout on reports until his safe return.

Forces TV’s documentary, Harry And Meghan: Warrior Prince, reveals how the royal was able to fly helicopters after he met Lord Dannatt for lunch at the Army head’s Kensington Palace apartment.

He became an Apache co-pilot and gunner, with Lord Dannatt saying last night that the prince was a natural.

In his role as a gunner, the prince opened fire on the Taliban to provide support to ground troops and rescue injured fighters.

He said at the time: ‘If there’s people trying to do bad stuff to our guys, then we’ll take them out of the game, I suppose. 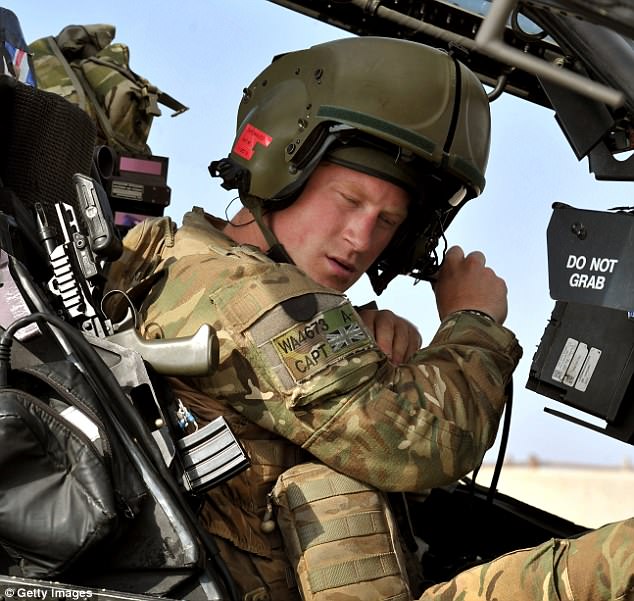 Harry would go on to become a gunner and co-pilot of Apache helicopters in Afghanistan, opening fire on the Taliban

‘Take a life to save a life … the squadron’s been out here. Everyone’s fired a certain amount.’

The royal served in the Army for 10 years, rising to the rank of Captain after his two tours of Afghanistan.

His training came in the form of a rigorous 44-week course in Sandhurst, after which he was commissioned in April 2006.

Harry’s service inspired him to create the Invictus Games, which are dedicated to wounded servicemen.

First held in 2014, it was at the Toronto games where Prince Harry was famously pictured with fiancee Meghan Markle last year. The couple are set to attend the 2018 Sydney games.

‘The legacy for me for Invictus is these individuals that have impressed me and impressed anybody who’s been a part of the military family,’ Prince Harry has said.