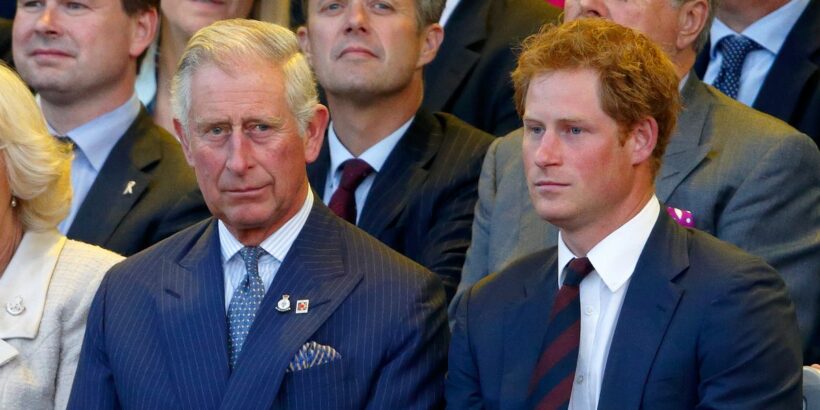 A new poll has claimed that Prince Harry and Meghan Markle's exit from the Royal Family caused their popularity to nosedive further than Prince Charles' at the time of his divorce from Princess Diana.

The Prince of Wales' divorce from Diana and the revelation regarding his affair with his now-wife, Camilla Parker Bowles, caused widespread dismay within the public during the 1990s.

In 1994 the future King appeared in an ITV documentary, Charles: The Private Man, the Public Role, where he was interviewed by broadcaster Jonathan Dimbleby.

The nation was left stunned and shocked when Charles openly admitted on camera to having an affair, and ultimately led to Diana's responding interview on Panorama in 1995 where she famously said there were "three of us in this marriage".

According to Ipsos Mori data at the time it caused a 40 point fall in polling about whether Charles would make a good King in the future, reports Newsweek.

However, the decline in Harry and Meghan's popularity is actually more severe and stark than anything Charles faced.

In November 2017 the Duke of Sussex was on the up after his engagement to Meghan and was subsequently sitting with an approval rating of 81%.

Harry's popularity began to drop in January 2020 around the time he and Meghan decided to take a step back from royal life.

By the time the interview with Oprah Winfrey beamed around the world his popularity had fallen by 50 points to 31% in just over two years, according to YouGov.

The drop in popularity Harry faced was sharper than his father's with Charles falling 41% from his highest point to his lowest.

Meghan's popularity never started high with just a 55% approval in October 2019 to only 32% now.

Prince Harry was once seen as one of the most popular royals with his jovial attitude and down-to-earth spirit.

After serving on the frontline in Afghanistan and setting up the Invictus Games for injured veterans his popularity soared.