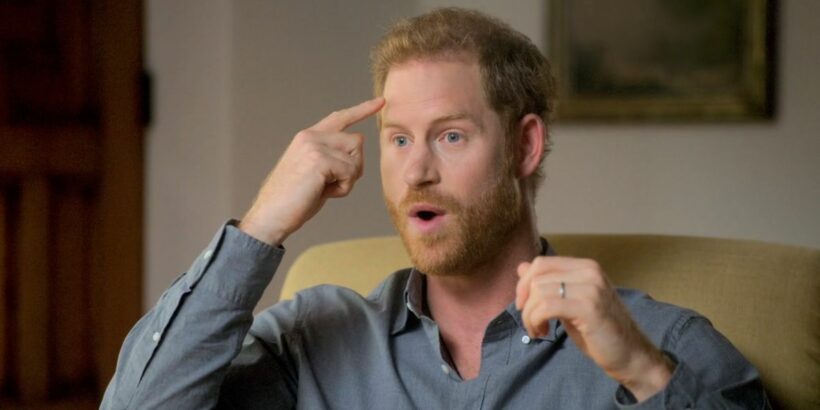 Prince Harry's relationship with the rest of the Royal Family is "strained" following his recent public comments about The Firm's inner workings, it has been reported.

Harry and his wife Meghan Markle announced on January 8 last year that they would step back from senior positions within the Firm following talks at Sandringham with Prince Charles, Prince William and the Queen.

Meghan and Harry have since relocated with their son, Archie Harrison, to California, having spent the intervening period living in Canada, in hopes of a more private lifestyle.

Prince Harry has since made a number of media appearances in which he has discussed his family and growing up as a royal.

He has appeared on a bombshell interview alongside wife Meghan Markle with Oprah Winfrey, appeared on The Late Late Show With James Corden and spoken about life growing up while on the Armchair Expert podcast with Dax Shepard.

The Duke also discussed his life in his new Apple TV+ documentary series The Me You Can't See, but his frequent media appearances are reportedly leaving relatives "hurt and angry" according to repots.

A source has told Entertainment Tonight that feelings between the Sussexes and the rest of the family continue to be "strained" following the couple's controversial Oprah Winfrey interview in March.

"A source tells ET that relations between the Royal Family and the Duke of Sussex have been strained over Harry's decision to continue speaking out about Royal Family matters."

The Duke of Sussex along with his wife Meghan Markle sat down with Oprah Winfrey in March for an explosive interview in which they address everything from personal struggles with mental health to allegations of racism within the institution.

Meanwhile, royal expert Kate Nicholl told ET: "I think unfortunately for the Royal Family it seems that Harry is not afraid to draw on his own experiences in order to relay the importance of mental health and get his message out.

Speaking to Entertainment Tonight, Ms Nicholl said: "I absolutely know that it is the case that Prince Harry is committed to raising awareness about mental health. He and Meghan have made this one of the raison d'etre."

She added: "I think certainly people over here are a little disappointed and frustrated as well at hearing Prince Harry indirectly criticise the Royal Family which I think is the interpretation by some in the UK."

It comes as AppleTV + released The Me You Can't See, a series co-produced by Harry and Oprah.

In the series, Harry reveals that Meghan broke down in tears ahead of the airing of their tell-all interview over bully allegations from her time as a working royal.

Prince Harry said he had lacked help and support as a royal to deal with mental health problems.

He told the documentary: "I thought my family would help, but every single ask, request, warning, whatever it is, just got met with total silence, total neglect.

"We spent four years trying to make it work. We did everything that we possibly could to stay there and carry on doing the role and doing the job. But Meghan was struggling."