Prince Philip’s VJ Day salute: Duke, 99, to appear in nationwide display of images showing surviving WWII heroes ‘then and now’ to mark 75 years since the end of the war in the East

Prince Philip, 99, will appear in a nationwide display of images showing surviving WWII heroes ‘then and now’ to mark 75 years since the end of the war in the East.

The Prince of Wales and Duchess of Cornwall will take part in a televised service of remembrance and thanksgiving and the Duke of Cambridge will appear separately in a programme paying tribute to the sacrifices of Second World War Allied Forces.

Prime Minister Boris Johnson said: ‘When the Second World War ended 75 years ago with the surrender of Japan, British soldiers, sailors and airmen were serving in the Far East, fighting hard to achieve victory – and were among the last to come home. 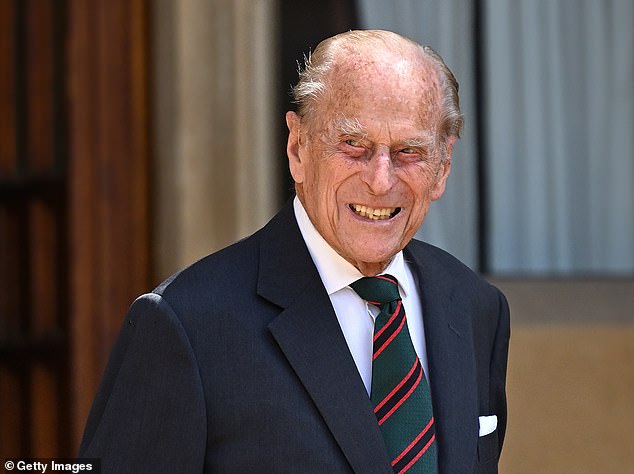 Prince Philip, pictured above in July this year, 99, will appear in a nationwide display of images showing surviving WWII heroes ‘then and now’ to mark the 75th anniversary of VJ Day

‘On this anniversary I want to remember what we owe the veterans of the Far East campaign. They brought an end to the Second World War, they changed the course of history for the better, liberated South East Asia, and many paid the ultimate sacrifice.

‘That’s why on this remarkable anniversary – and every day hereafter – we will remember them.’

Philip, 99, was on board the destroyer HMS Whelp moored in Tokyo Bay, a warship he served on as second-in-command and which was present when Japanese officials signed the surrender on the USS Missouri.

During the commemorations on VJ Day, August 15, he will feature on large screens in locations across the country in a poignant photo montage alongside other Second World War veterans, with each pictured with an image of themselves from their time in service.

It will be a rare appearance for the Duke who retired from royal duties in 2017 and has only been seen in public a handful of times, most recently for a military event at Windsor Castle where he has been isolating from Covid-19 with the Queen.

Fundraising hero Captain Sir Tom Moore has called on the nation to ‘stop, think and be thankful’ about the ‘ultimate sacrifices’ made by Allied Forces on VJ Day. 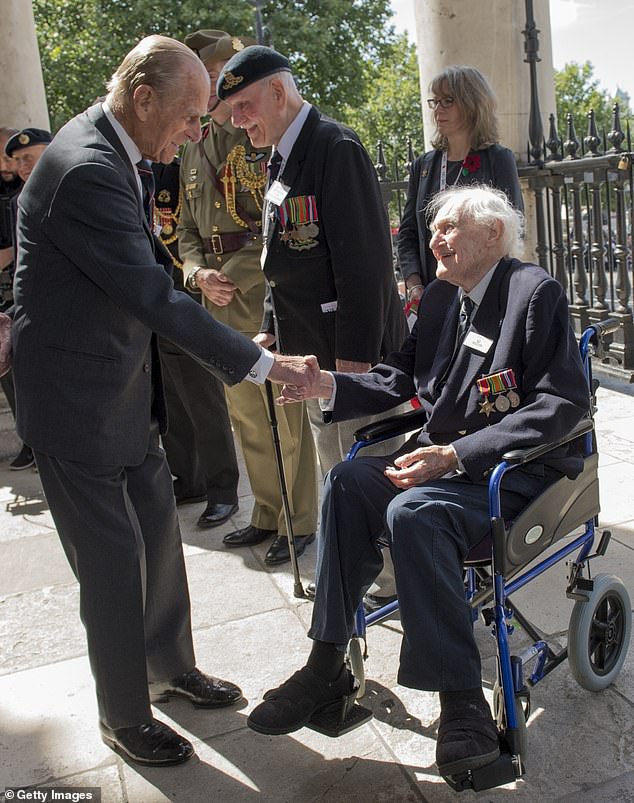 The 100-year-old, who was recently knighted by the Queen for raising almost £33 million for the NHS, said: ‘It was VJ Day when the pain of war could finally start to fall away as peace was declared on all fronts.’

The veteran of the Burma campaign added: ‘I respectfully ask Britain to stop whatever it is doing and take some time to remember.

‘We must all take the time to stop, think and be thankful that were it not for the ultimate sacrifices made all those years ago by such a brave band of men and women we would not be enjoying the freedoms we have today, even in these current difficult times.’

Charles and Camilla will lead a two minute silence at 11am on VJ Day during the televised event, screened by the BBC, at the National Memorial Arboretum in Staffordshire.

In tribute the Battle of Britain Memorial Flight will take part in a flypast after the silence has been observed.

A number of veterans, including 93-year-old Albert Wills who served in the Royal Navy aboard HMS Indefatigable, will represent surviving veterans and will pay their respects to their fallen comrades. 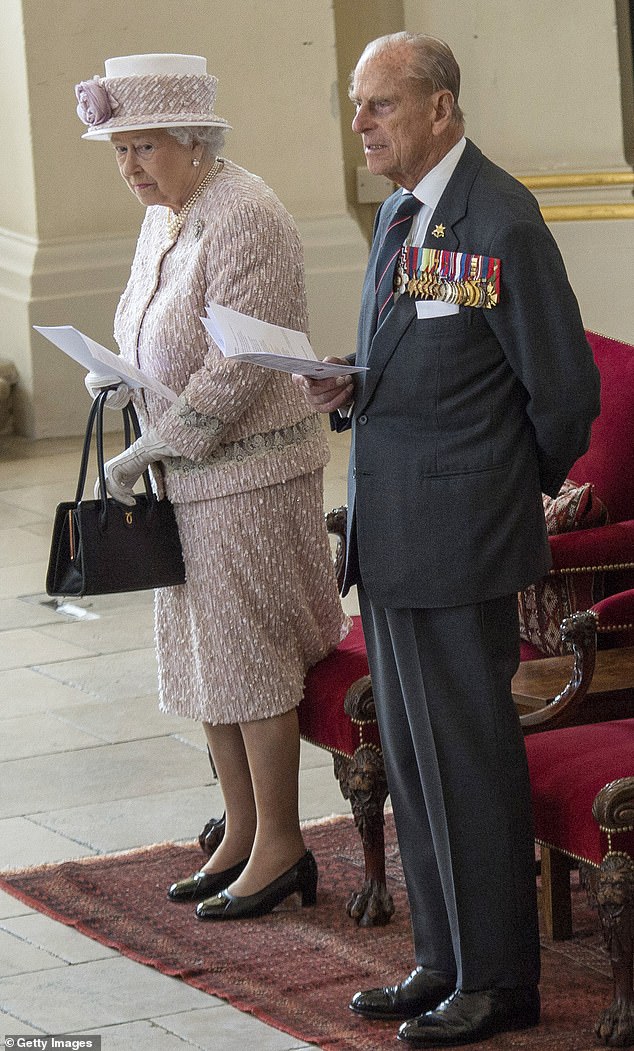 The event is being hosted by the Royal British Legion, and to inspire people to participate in VJ Day 75, the charity has launched an interactive map on its website.

It will show the range of nations that participated in the war effort and share the stories of those who lived through the conflict.

William will take part in VJ Day 75: The Nation’s Tribute, a pre-recorded BBC programme filmed at Horse Guards Parade where, alongside veteran testimony, the duke will honour and give thanks to all those who sacrificed so much during the Second World War.

Another aerial tribute will also be staged, with the Red Arrows roaring over the cities of Edinburgh, Belfast, Cardiff and London with the flight path to include the home of the Chelsea Pensioners, where three Burma Star recipients live in retirement.

Bob Gamble, the Royal British Legion’s assistant director of commemorative events, said: ‘Those serving with the British Forces in the Far East came from diverse backgrounds and cultures and much of the UK’s modern-day multiculturism can be traced back to this period of history.

‘Whilst the contribution of Commonwealth forces is talked about more than it used to be, on this significant anniversary, we want to take this opportunity to go further in ensuring that all who served are fully recognised and to inspire the general public to find out more about this vital part of our shared heritage and the impact it had on our lives today.’