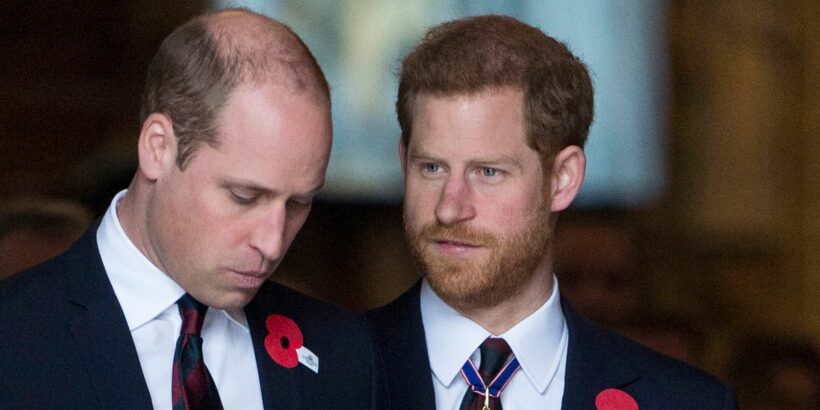 Prince Harry and Prince William will stand “shoulder to shoulder” when they meet this summer, sources claim.

The brothers, who have not spoken in months, are prepared to “come together” and "put on a united front" at the event.

They will meet at an unveiling of a statue to their late mum, Princess Diana, in July.

It is likely to be their first meeting since Meghan Markle and Harry’s bombshell claims in an interview with Oprah Winfrey, the Mirror reports.

The couple claimed a member of the Royal Family remarked to Harry how "dark" his unborn children would be.

They did not disclose the identity of the person they had accused.

William revealed he has not spoken to his brother Harry since his explosive Oprah interview, but said: "I will do."

The Duke of Cambridge, 38, also hit back at accusations during a visit to a school in east London on Thursday, saying: “We’re very much not a racist family."

Prince Harry suggested a rift between the brothers is being managed with “space”.

Royal sources confirmed the brothers have not spoken in months but said William is prepared to stand "shoulder to shoulder" with Harry at the unveiling.

Insiders said "both camps are prepared to come together" and put on a "united front”.

It comes after Meghan and Harry claimed concerns were raised over how dark Archie's skin colour would be, and the Duchess claimed she was feeling suicidal but was denied help.

Meghan also detailed an incident over flower girl and bridesmaids' fittings in the run-up to her wedding in May 2018, suggesting Kate Middleton, 39, had made her cry.

William and Kate are understood to be ready to offer an olive branch to the Sussexes.

He is understood to still want Harry by his side when the statue is unveiled at Kensington Palace on July 1.

A royal source said: "Tensions are undoubtedly running high but they both realise it is important to put any differences aside for the ceremony at least.

"There is definitely a feeling that both camps are prepared to come together and put on a united front for such a special occasion."

The sculpture the princes commissioned will be presented on what would have been her 60th birthday.

Harry has told friends he intends to be there, although Meghan will most likely be absent due to the impending arrival of their daughter.

Kate will also plan to be there.

The princes have not been seen together since an uncomfortable March 2020 encounter at Westminster Abbey.

Harry told Oprah: "I love William to bits, he's my brother, we've been through hell together, we have a shared experience, but we were on different paths."

The Queen is understood to be planning to contact Prince Harry in the coming days to try to calm tensions after the explosive interview.

In a statement issued by Buckingham Palace on behalf of Her Majesty, she said: "Whilst some recollections may vary, they are taken very seriously and will be addressed by the family privately."

Insiders revealed William would "take the lead from his grandmother" before speaking to Harry.