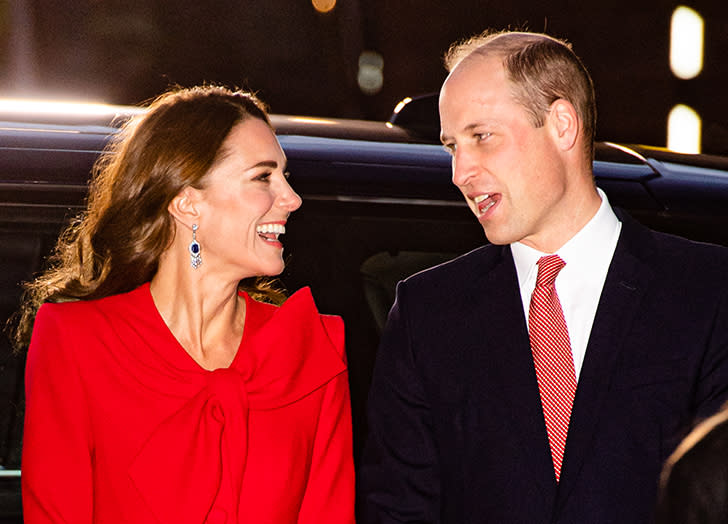 Prince William and Kate Middleton recently released a never-before-seen family portrait that that will be featured on their Christmas card. And it didn’t take long for us to realize that the couple broke a royal rule in the frame-worthy snap: They showed PDA.

Last week, the Duke and Duchess of Cambridge posted the picture on social media, which includes their three children, Prince George (8), Princess Charlotte (6) and Prince Louis (3). The image showed the family posing in front of a rocky background, with the kids positioned in front of their parents. 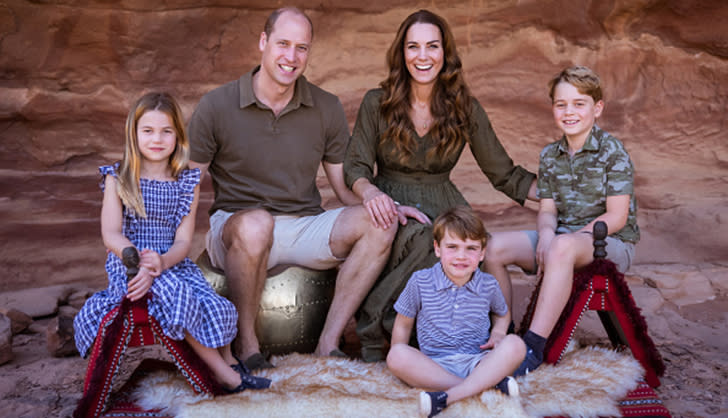 If you look closely, you’ll notice Prince William and Middleton are showing PDA, which is typically frowned upon by members of the royal family. While the duke is resting his hand on his wife’s knee, the duchess is reaching over his arm and doing the same.

The pose might not seem like a big deal, especially since they’ve been married for ten (and counting) years. However, royal family members are encouraged to refrain from showing affection in public, like going in for a kiss. Although it was just a photoshoot—and not an official outing—we’re delighted that Prince William and Middleton chose to share this loving photo.

The Christmas photo was taken during the family’s trip to Jordan earlier this year, which explains the festive props. Shortly after the pic was released, we immediately noticed the resemblance between Prince William and his sons. And don’t even get us started on the likeness between Princess Charlotte and her great-grandmother, Queen Elizabeth.

Since Prince William and Middleton are the future King and Queen Consort of England, we’ll let this one rule-break slide.

RELATED: Listen to ‘Royally Obsessed,’ the Podcast for People Who Love the Royal Family