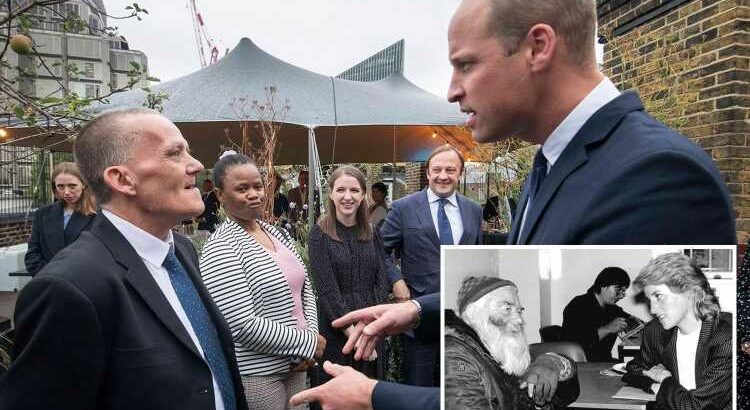 PRINCE William fondly recalled joining his mother Princess Diana to help the homeless as he celebrated with former rough sleepers who turned their lives around.

The Duke of Cambridge handed out gongs to celebrate the 40th birthday of a homeless charity after following in his mother's footsteps. 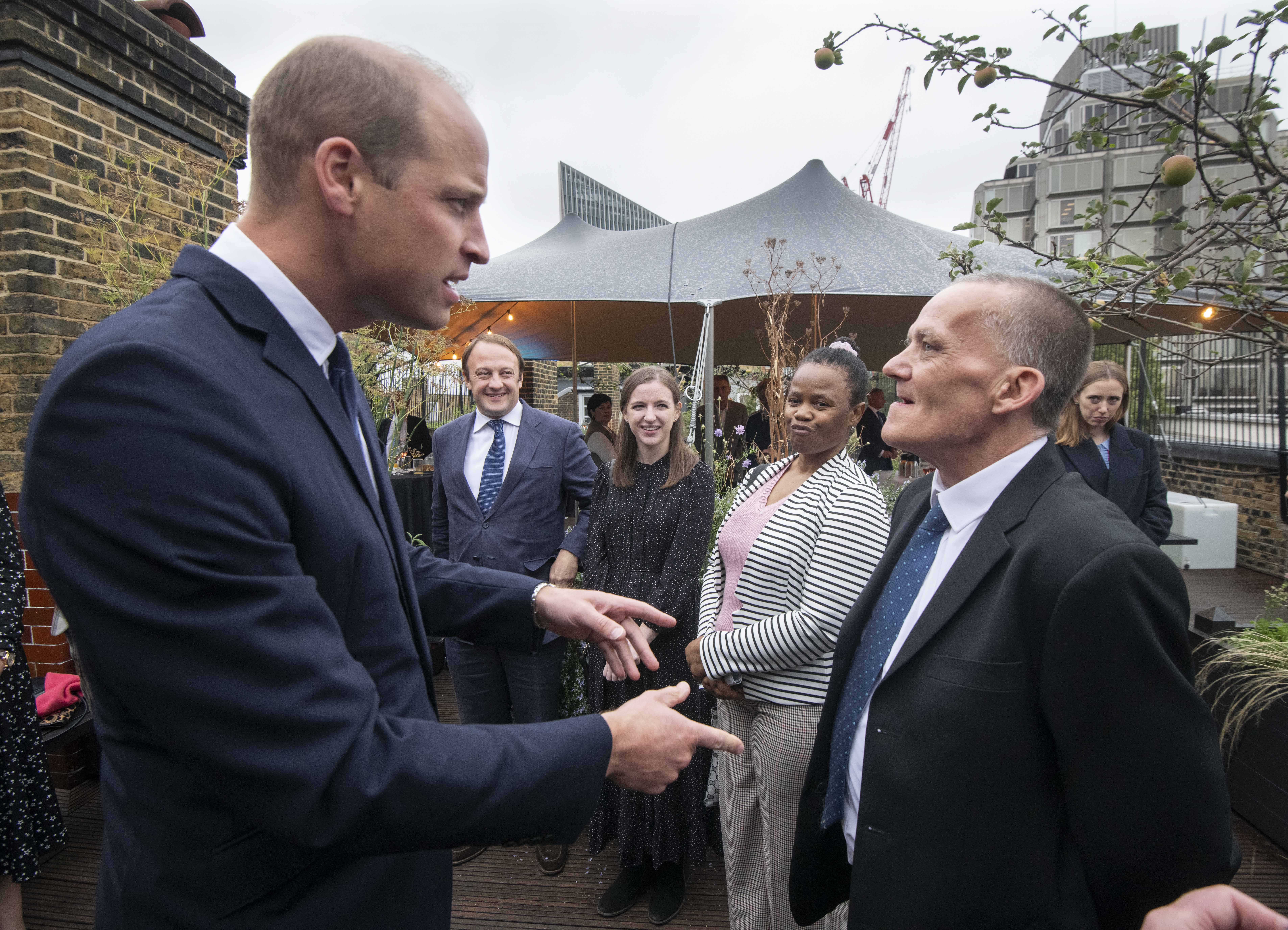 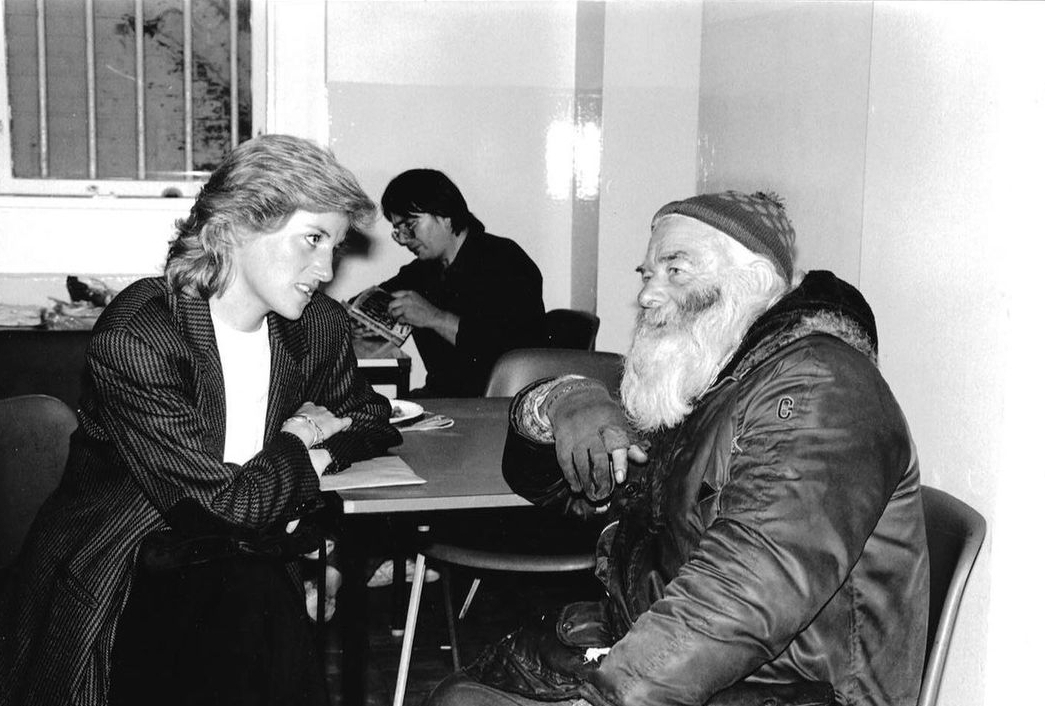 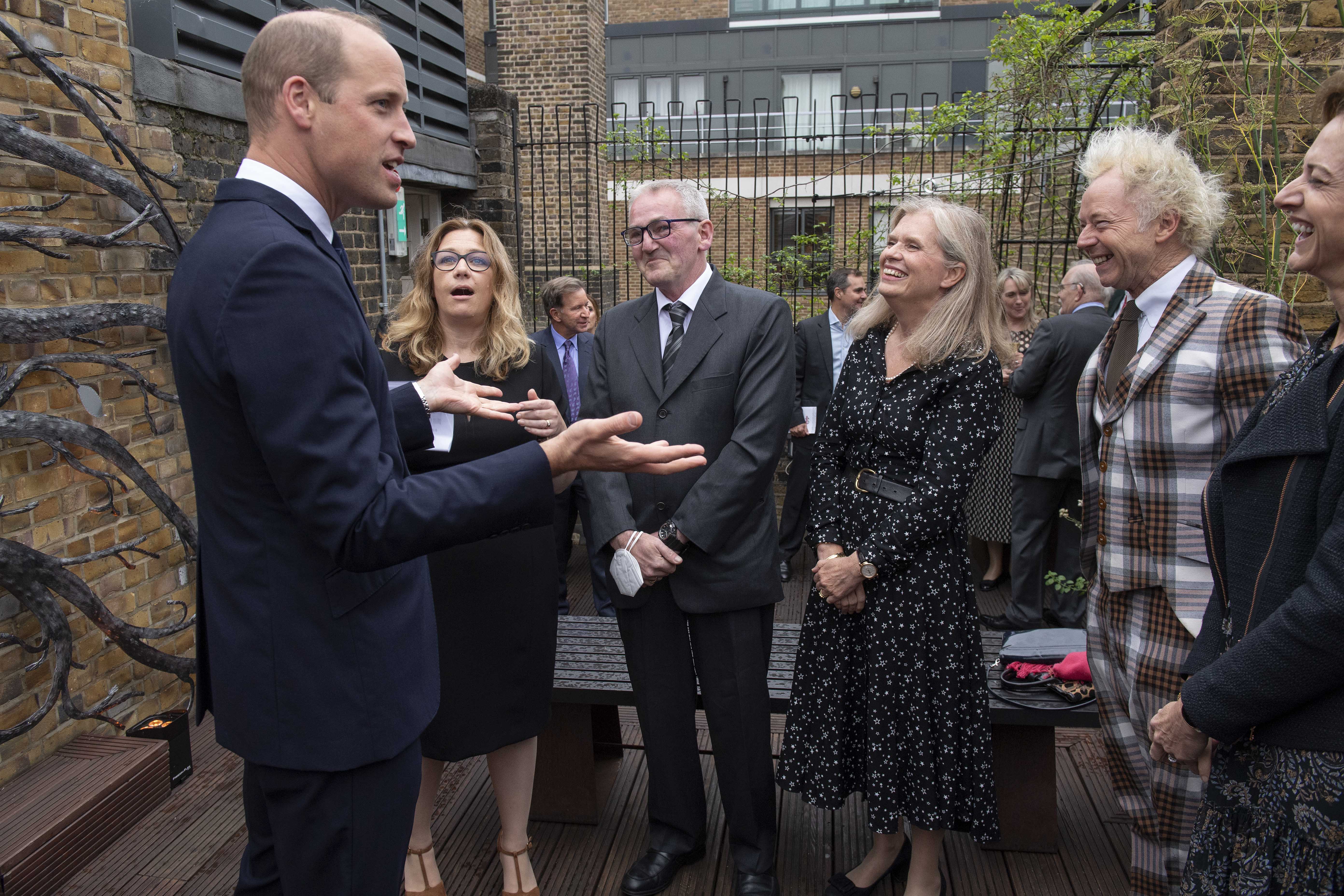 He was reunited with two former rough sleepers who have found jobs working in a West End restaurant and training to be an NHS nurse.

And in a speech William fondly recalled the trips with Princess Diana when he was "just a small boy" to charity The Passage, in Victoria, central London.

He said: "Everyone has played their part and done incredible things. Your dedication and determination are remarkable, and you should all be extremely proud of your achievements.

"All of you in this room – whether you are clients, staff, volunteers, partners or supporters – are what makes this place so very special.

William took over as royal patron from his mother Princess Diana in 2019.
He told the ceremony: "Over the many years that I have visited The Passage, first with my mother when I was just a small boy, I have developed a great affection for everyone who is here.

"Every time I come here, I am touched by your warmth and friendliness, and the dignity and respect you show to every single person who comes through your door.

"I am always so impressed to see and hear the difference that The Passage makes to the lives of people who are experiencing homelessness."

William handed out a gong to Nomonde Mkhwanazi, 49, who he previously met before she transformed her life and is now training to be an NHS nurse.

The duke said: "You are smiling more than you were last time. I'm so pleased that things are getting better for you, really pleased."

He also awarded Colin Chilman, 56, who is now working in a central London restaurant 35 years after he first started sleeping rough in London.

Colin remembers the duke visiting the Passage with his mother Princess Diana and Harry when they were boys.

He said afterwards: "I remember seeing Diana many years ago and she was with her boys. They were so young.

"I also met William several years ago but I had a long beard.

"I'm well happy to win this. And extra special to get it from William.

"I just did what I did. From being an alcoholic I quit all that I went through a bad time and thankful for what has happened.

The Passage has helped almost 135,000 people to end their homelessness for good.

The Duke became Royal Patron in February 2019, having visited The Passage numerous times over the previous years with his mother.

At the height of the pandemic the charity set up an emergency food hub, preparing and delivering 350 hot meals daily for people self-isolating in temporary accommodation.

The hub was resourced by volunteers working seven days a week and has supplied over 94,000 meals. 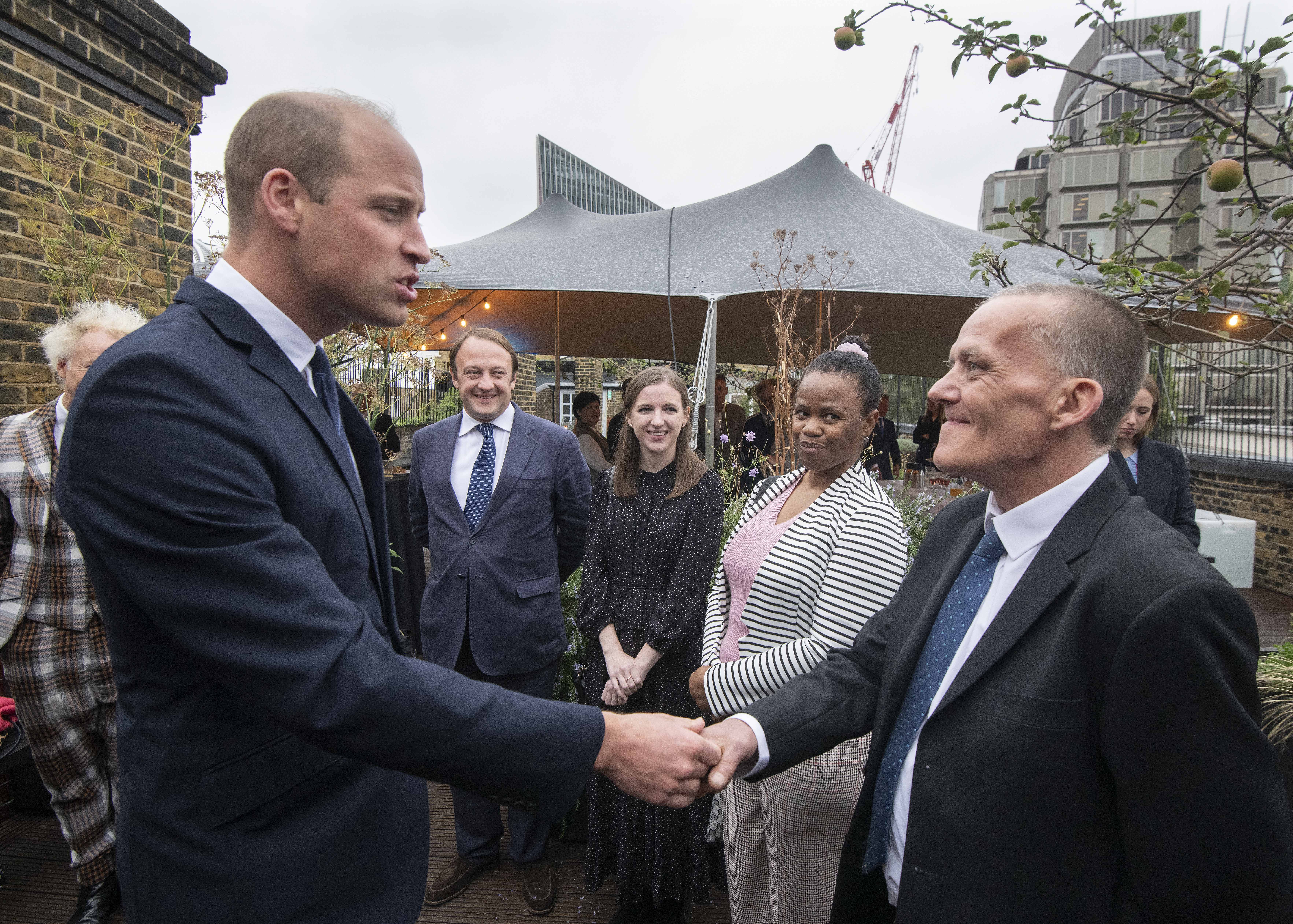 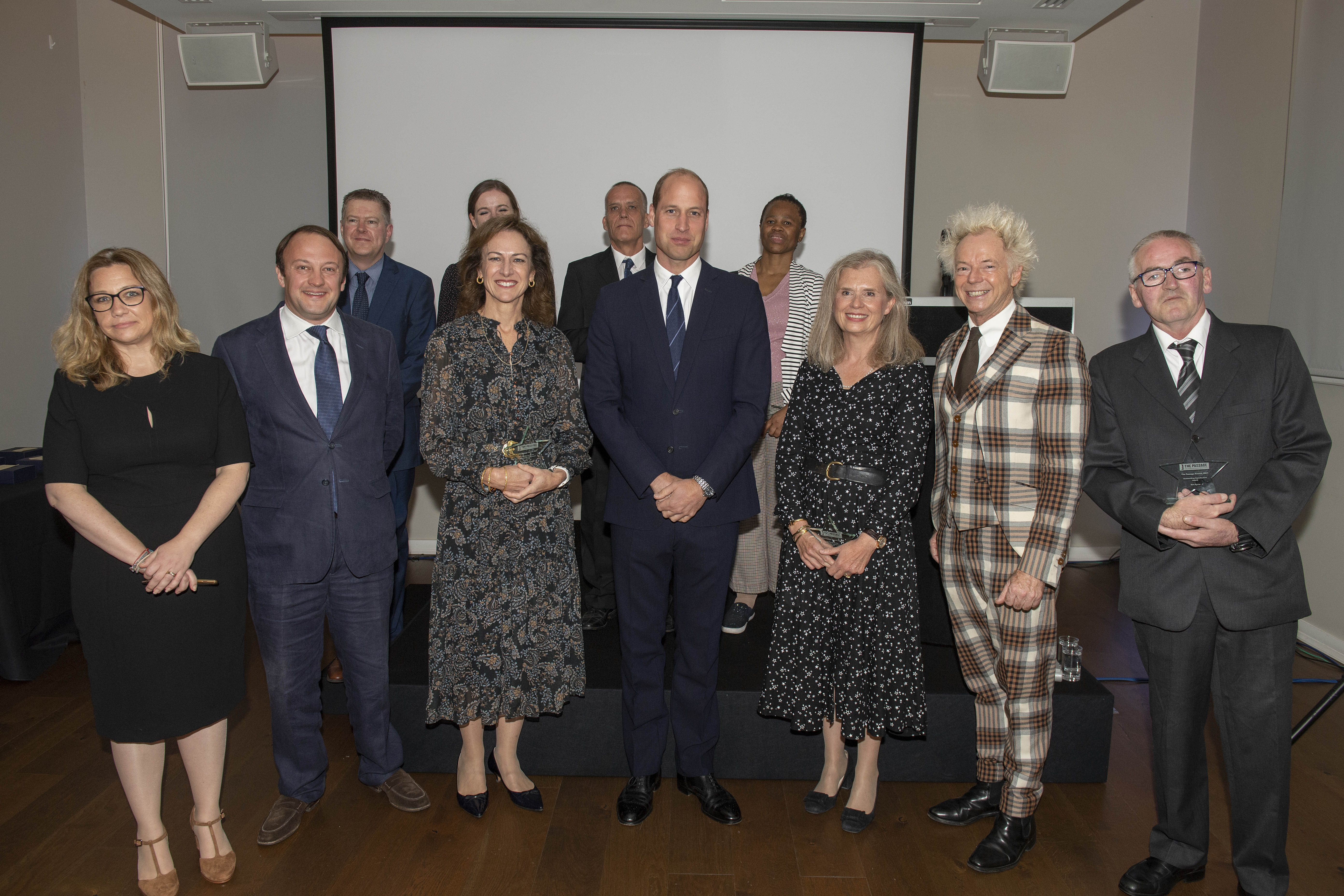