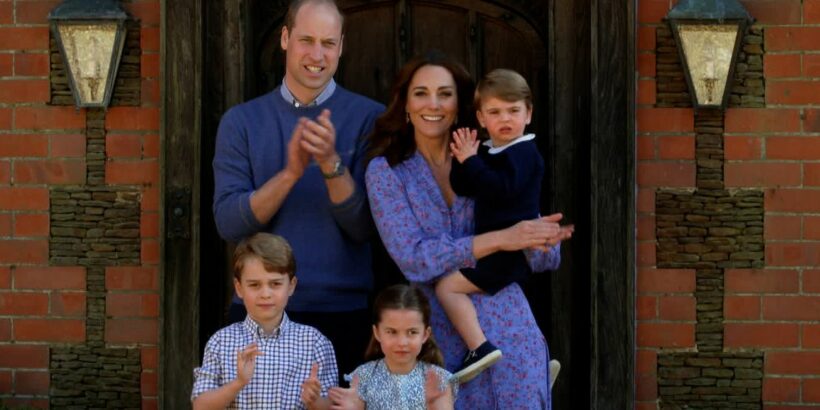 Prince William and Kate Middleton will reportedly visit the statue of Princess Diana before the official reveal at the start of next month.

The Duke and Duchess of Cambridge will take the opportunity to see the memorial with their children before the unveiling on July 1 when Prince Harry and other guests will be in attendance.

It is understood Prince William will show Prince George, Princess Charlotte, and Prince Louis the statue of their Grandmother which will be displayed at Kensington Palace's Sunken Garden, reports The Mirror.

The official event will then take place on Thursday, July 1, which would have been Princess Diana's 60th birthday.

Prince William and his brother commissioned the statue in 2017 to mark 20 years since her untimely death in Paris.

Up until last week, Prince William and Prince Harry had planned on inviting 100 of Diana's friends, family and ex-staff members but the event has now been stripped-back so only a select few can attend.

It is thought that even Kate will not attend the event due to Covid restrictions surrounding the event.

A royal source told The Mirror: “This is a small event and a very personal moment for the family.

“Plans have been scaled back due to the current COVID-19 restrictions and media arrangements reflect both the size and tone of the event.”

Prince Harry touched down in the UK last week and will be reunited with his brother Prince William for the ceremony, despite strained relations in recent months.

A Kensington Palace spokesperson said: “Prince William and Prince Harry will attend a small event to mark the unveiling of a statue they commissioned of their mother, Diana, Princess of Wales, in the Sunken Garden at Kensington Palace on Thursday, July 1.

"In addition to close family of Diana, Princess of Wales, members of the statue committee, the sculptor Ian Rank-Broadley, and garden designer, Pip Morrison, will also be present.”

The Duchess of Cambridge's absence could prove frustrating for many of Diana's friends, who had hoped to reunite the warring brothers.

The trio were expected to walk in together, but the brothers planned to make make separate speeches and jointly pay tribute to Diana’s legacy, as well as sculptor Ian Rank-Broadley for his dedication to the project.