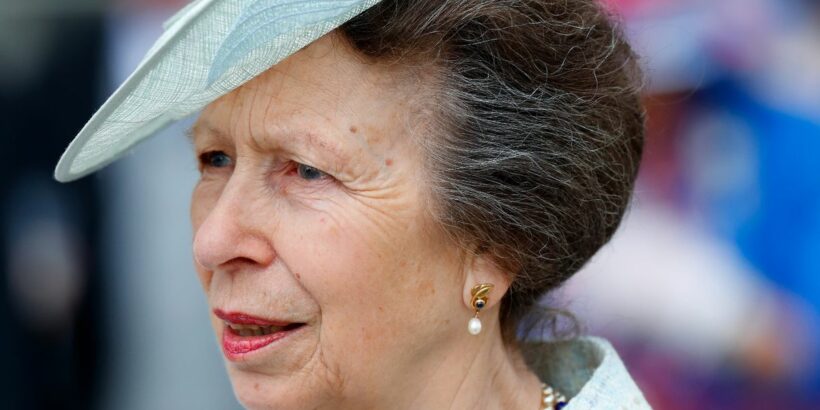 The Princess Royal is famously hard-working.

Princess Anne, the only daughter of Queen Elizabeth II and Prince Philip, regularly takes the crown for attending the most public engagements – her calendar having twice as many public appointments as any other royal this summer.

In addition to performing official duties and engagements on behalf of her mother, Anne is a patron of many organisations and has a long association with Save the Children.

She has even been nominated for a Nobel Peace Price and was the first member of British Royal Family to compete in the Olympic Games, capping a successful equestrian career.

But what about the life of the twice-married Princess Anne, who celebrates her 72nd birthday today, away from the public eye?

A shared fondness for horses brought Anne and her first husband, Captain Mark Phillips, together.

The Princess Royal is said to have met the 1st Queen's Dragoon Guards lieutenant at a party for horse lovers in 1968.

She and Olympic gold medal-winning horseman announced their engagement five years later before getting married at Westminster Abbey on November 14 in 1973.

The couple had two children, Peter and Zara Phillips – and now have five grandchildren.

But after 16 years of marriage, amid rumours linking them both romantically with other people, they separated.

Meanwhile, Anne's relationship with the Royal Navy commander Sir Timothy Laurence, who served on the Royal Yacht Britannia, had blossomed during his time serving as an equerry to the Queen between 1986 and 1989.

Private letters from Laurence to the Princess were revealed in 1989 by the Sun newspaper.

Anne and Phillips divorced three years later, with Anne keeping her country estate, Gatcombe Park in Gloucestershire, where they had lived.

In December 1992, just eight months after her divorce was finalised, Anne married Laurence in a small, private service at Crathie Kirk near Balmoral Castle in Scotland.

It was a Church of Scotland ceremony because, unlike the Church of England at the time, second weddings for divorced people were permitted.

Family life of the Princess Royal

Princess Anne is considered a role model among the Windsors.

Royal commentator Jane Moore recently said Prince Harry and William should follow Anne's example over their rift since the Sussexes moved to the US, for the sake of their family.

Moore said Anne's situation with her ex-husband may give the brothers "some much-needed perspective".

She was commenting after Anne watched as Phillips walked Stephanie, his daughter from his second marriage, down the aisle.

Their children Zara and Peter – Stephanie's half-siblings – also attended the wedding with their partners.

Commentator Jan Moir has also claimed Meghan Markle could learn from Anne, who has never "tried to cash in on her status" or "overstayed her welcome".

And expert Kinsey Schofield believes the Princess Royal is worthy of being considered Queen, saying Anne has all the qualities for the top job and a "much better reputation than Prince Charles".

Schofield said the Princess Royal, who performs official duties and engagements on behalf of her mother, is "arguably one of the hardest-working royals within the British Royal Family."

She added: "And while the history of her love life might not be pristine, she handled all issues with grace and as quietly as possible."