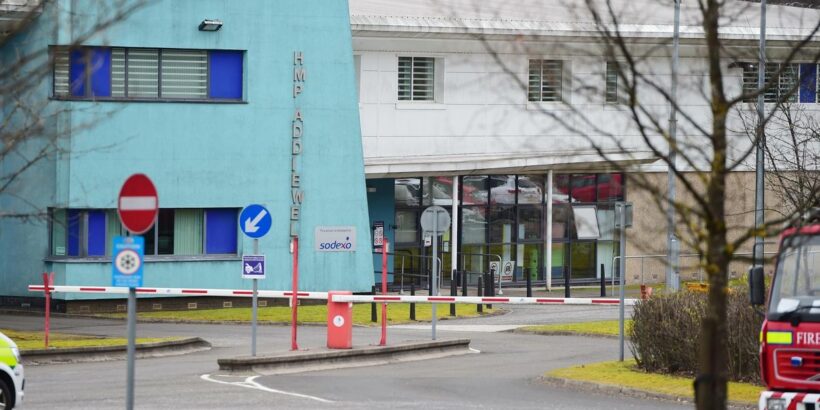 Convicts at a Scottish prison are allegedly throwing wild parties with thousands of pounds of booze and drugs smuggled behind bars.

Inmates at HMP Addiewell, West Lothian have been knocking back cocktails of cocaine, downers and even top-shelf Grey Goose vodka after it was smuggled inside, sources claim.

Prisoners have reportedly been drinking high-end boozed and snorting cocaine and selling what they don’t use for up to £300 a gram – which is four times the going rate outside.

A source told the Sun: “Huge amounts of drugs are being smuggled in. We’re talking tens of thousands of pounds in a matter of weeks.

“The guys are living it up, throwing parties. Whatever they don’t take, they’re selling for big money. “They’ve even been getting bottles of Grey Goose inside and hiding it in water bottles. Guys are so out of it they’re crawling along with the landings.

"It’s the place to be for an easy time and if you want to party. The guys behind it are coining it in, it’s like millionaires’ row.”

Witnesses also claim the prisoners have been taking deadly etizolam tablets which can be fatal when combined with alcohol or other drugs. Supplies are allegedly being smuggled in by family members and hurled over the walls into the prison grounds.

Another scheme involves stuffing crutches with drugs as lags fake leg injuries to secure the walking aids before switching them for visitor's crutches filled with contraband.

Addiewell bosses claim they will crack down on anybody found sneaking contraband into the jail. A spokesman said: “Safety and security are our top priorities and our staff work hard to prevent illicit items getting into the prison and in detecting items when they do.

“This is a challenge that all prisons face, including HMP Addiewell, but one that will always be a key priority. Our staff deploy a range of tactics to stop illicit items from being introduced to the prison and have robust searching procedures in place.

“It is a serious offence to smuggle illicit items into a prison and we would always say that if anyone has knowledge of the specific activity, we would encourage them to contact ourselves directly, or Police Scotland, and help us take action against criminal behaviour.”

For the latest news stories from the Daily Star, make sure you sign up to one of our newsletters here.