Prisoners who behave themselves could be allowed to Skype families and friends in an effort to aid rehabilitation.

A rewriting of rules to reward inmates who do not cause trouble could also see them getting a better cell, the right to shower in private and more regular phone calls and visits.

But Justice Secretary David Gauke insists the ‘carrot and stick’ approach will stay in place, and tough punishments will remain for errant lags. 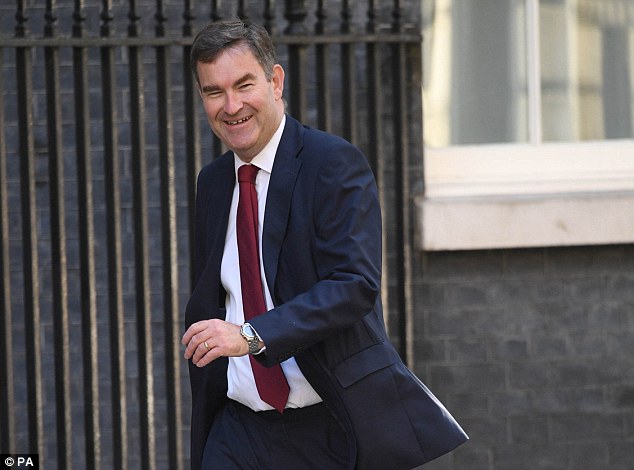 Justice secretary David Gauke, pictured, will use a ‘carrot and stick’ approach to improve behaviour inside British jails by rewarding inmates who obey prison rules 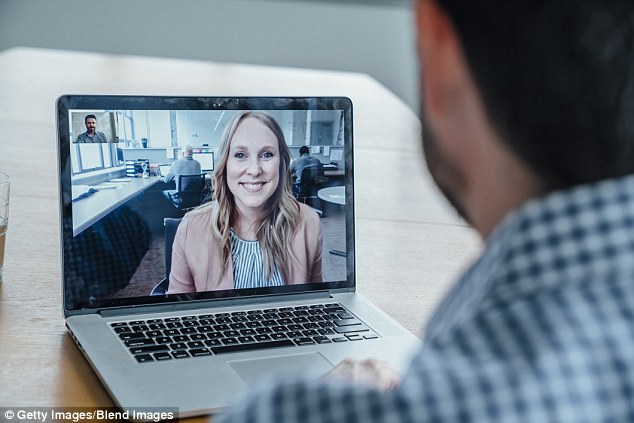 Prison governors will be handed the power to draw up their own rewards regime to respond to conditions in their jails. Well-behaved prisoners could also get more access to the prison gym or kitchen, more time out of cells and better access to training.

New inmates will not automatically be put on the toughest regime, and will be allowed to wear their own clothes instead of uniforms.

But the ban on pay TV will stay in place, and Mr Gauke insists those stepping out of line will face immediate punishment.

Prisoners who break the rules will be returned to ‘the most basic living conditions’, officials said. This means prison-issue clothing, no access to a TV and only two family visits a month – the statutory minimum.

They will only be able to spend £4 per week in the prison shop.

Last night Mr Gauke said: ‘We know that prisoners, like most everyone else, respond positively to rewards for good behaviour and they are less likely to follow the rules if the system seems to be unfair.

‘So, today I am announcing a new framework that will give governors the tools to instil in their prisons a fair and flexible system of incentives and rewards that are all aimed at rehabilitating offenders.

‘This marks a step change in how we get offenders to comply with prison rules and improve themselves, but we are clear that this is a reward and will not become an entitlement.

‘There is no carrot without the stick, and prisoners who break the rules will not only lose privileges but also face swifter punishment through our new adjudications process. The prize here is rehabilitation.’

The move tears up the ‘back to basics’ regime put in place by Mr Gauke’s predecessor Chris Grayling four years ago.

Since then violence in jails has escalated, and governors fear that the hot summer could see rising levels of violence.

Currently there are four levels of privilege: basic, entry, standard and enhanced.

New prisoners are placed on ‘entry’ level, typically allowing them two visits each month, access to a TV and to spend £10 per week of private cash but not to wear their own clothes.

After two weeks, if they are behaving well, inmates can progress to ‘standard’.

Under Mr Gauke’s plan, the entry level will be abolished for new inmates, which governors say penalises them and can damage relationships with prison officers.