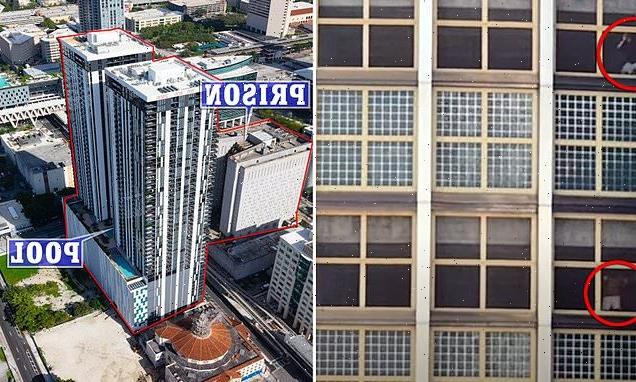 Who thought that was a good idea?! Bikini-clad women sunbathing at pool built in FRONT of a prison are catcalled by inmates

Inmates housed in a federal prison in Miami were recorded hollering from a window at women sunbathing beside a pool in a new downtown apartment complex.

Women in bikinis were seen lifting their hands to their eyebrows to block out the sun and catch a glimpse of the men shouting at them from a caged window around six stories above them.

A number of the prison’s windows overlook the Downtown 5th apartments and its facilities – a potential oversight by developers of the new complex, which was finished in 2021.

One inmate was wearing a black T-shirt and white shorts and cupped one hand around his mouth to amplify his hollers, which were directed at the women.

As he makes menacing noises and even whistles at the women, one sat up and readjusted her bikini, seemingly in discomfort. 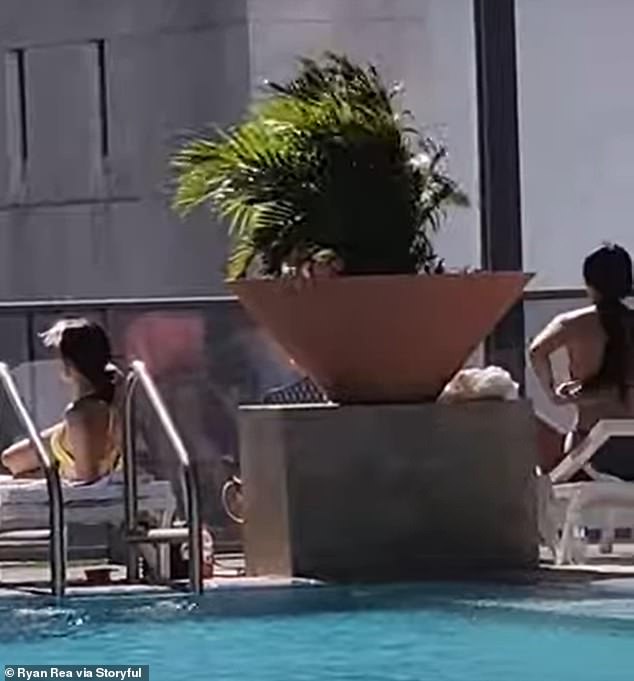 The Federal Detention Center is at the corner of Northeast Fourth Street and North Miami Avenue and is operated by the Federal Bureau of Prisons.

It houses around 1,100 inmates, both male and female, and has been doing so since around 1995.

The new Downtown 5th apartments include one, two and three-bedroom units with monthly rental rates ranging from around $1,700 to $4,000, according to the Melo Group, the firm behind the development.

It was built on what was once a parking lot. Those living there began complaining about disturbances caused by the prisoners last week.

One resident, Ryan Rea, who recorded the viral video, told Local10 news: ‘I don’t use the pool that much here because it doesn’t get sun very much, but it does get sun during the time that they’re in there.’

Rea said he moved in a little more than a year ago and pays $2,700 a month for his two-bedroom unit. He said he knew the detention center was there but moved in regardless. 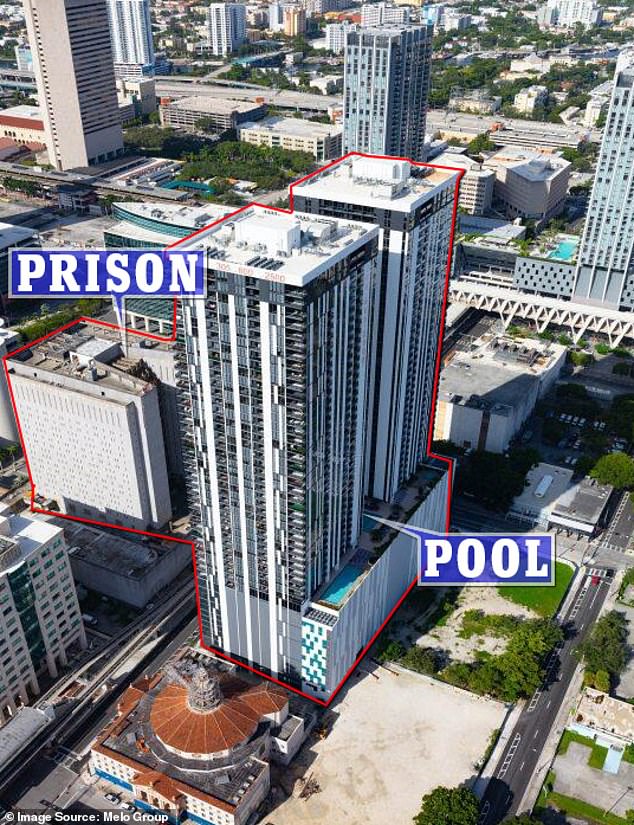 The new development, completed in 2021, is overlook by FDC Miami – an 1,110-person federal prison 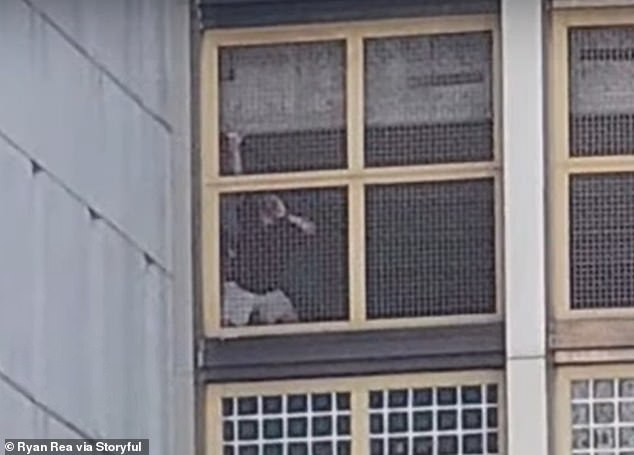 An inmate was wearing a black T-shirt and white shorts and cupped one hand around his mouth to amplify his hollers, which were directed at the women 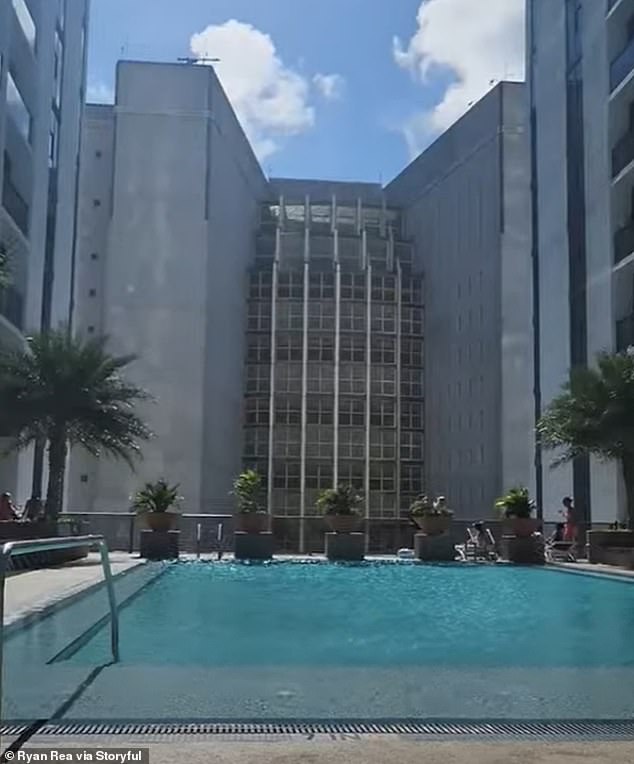 The swimming pool, which is part of the Downtown 5th Apartments, is directly overlooked by part of the federal prison in Miami

‘I moved in right at the peak of when everyone was moving to Miami and there was very little availability,’ he said.

In a statement sent to Local 10 News, a spokesperson for the prison said:

‘While for safety and security reasons we do not discuss internal guidance or security practices, we can tell you the issue presented in the video is under investigation and we are actively pursuing a solution that both addresses the concern of the public and is in accordance with American Correctional Association guidelines.’