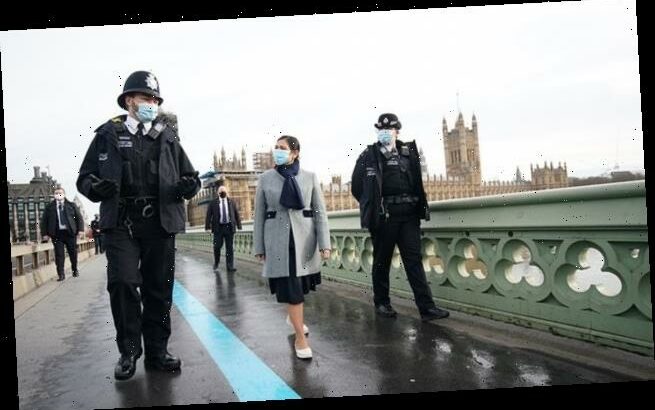 ‘Where is the Home Secretary?’ Priti Patel sends her deputy to face MPs’ fury as she announces probe after hundreds of thousands of fingerprint, DNA and arrest history records are DELETED from a police database

Priti Patel faced fury today after she refused to face MPs over a computer debacle that saw hundreds of thousands of vital records wiped from a police database.

The Home Secretary sent her deputy, the Policing Minister Kit Malthouse, to the Commons after a significant number of fingerprint, DNA and arrest history records were lost due to human error and defective code.

Initially, some 150,000 records were believed to have been affected, but it has emerged the number is far higher than first thought at about 400,000.

Ms Patel earlier posed for pictures with police officers in Westminster and said everyone was working flat out to solve what she said was a ‘technical coding error’.

But it was left to Mr Malthouse to face political fury from opposition parties this afternoon.  He revealed the Home Secretary has commissioned an internal review.

He said Ms Patel was ‘200%, if that’s possible, committed to the job’ when asked about her non-attendance in the chamber.

But shadow home secretary Nick Thomas-Symonds said: ‘I must ask, where is the Home Secretary? The loss of hundreds of thousands of pieces of data, data so important for apprehending suspects and safeguarding vulnerable people, is extraordinarily serious.

‘It was the Home Secretary who needed to show leadership and take control. It’s what previous home secretaries have done in a crisis – on the passport office, on Windrush, on knife crime, whatever their mistakes, home secretaries came and answered to this House, they didn’t just offer a media clip as has happened today. 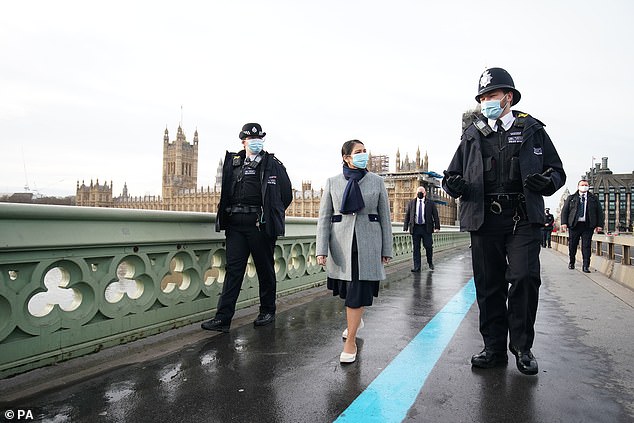 Ms Patel earlier posed for pictures with police officers in Westminster and said everyone was working flat out to solve what she said was a ‘technical coding error’. 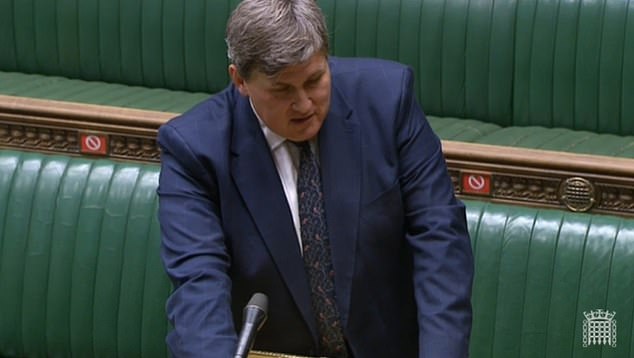 But it was left to Mr Malthouse to face political fury from opposition parties this afternoon. He revealed the Home Secretary has commissioned an internal review.

‘This Home Secretary failing on violent crime, failing on the Windrush compensation scheme, with chaos on border testing, found to have broken the ministerial code, now won’t even answer to parliament and the public on this most serious of issues.

‘The Home Secretary likes to talk tough, but when the going gets tough, she’s nowhere to be seen.’

A Home Office statement last Friday revealed it was working with police to ‘assess the impact’ of the glitch, which reportedly occurred by accident during a weekly ‘weeding’ session to expunge data.

The Home Office said no records of criminals or dangerous persons had been deleted, and that the wiped records were those of people arrested and released when no further action was taken.

However, the omissions would appear to at least impinge on police power to reopen investigations should more evidence come to light in certain cases.

The Times said ‘crucial intelligence about suspects’ had vanished because of the blunder, and that Britain’s visa system was thrown into disarray, with the processing of applications having been suspended for two days.

Mr Thomas-Symonds asked whether the Government can be sure how much data has actually been lost.

He said: ‘Can (Kit Malthouse) tell us when the Home Secretary first knew about the data loss and why the public had to find out from the media?

‘Given the initial reports were of 150,000 items of data and now the figure seems to be over 400,000, can the minister be sure how much data has actually been lost?’

Mr Malthouse responded: ‘Once the error became clear to the team, they escalated it up through the Home Office, first of all on Monday and then through Wednesday into ministerial and other offices in accordance with normal protocols.

‘In terms of the scale of the data, while the figures of 400,000 has been quoted, that is an accumulation of the various bits of information that may or may not have been deleted.’

Labour chair of the Home Affairs Committee Yvette Cooper asked why there was not a ‘proper back-up system in place’. 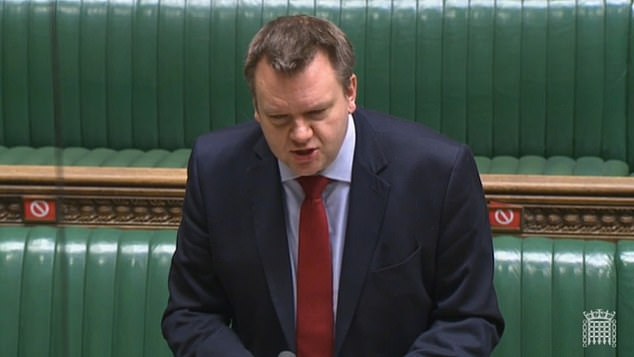 Shadow home secretary Nick Thomas-Symonds said: ‘I must ask, where is the Home Secretary? The loss of hundreds of thousands of pieces of data, data so important for apprehending suspects and safeguarding vulnerable people, is extraordinarily serious.’

She asked: ‘It is very hard to understand how 400,000 records could be deleted from such a crucial system without there being a proper back-up system in place, so if this was the normal weekly process as ever, why was new coding being used?

‘If new coding is often used, why aren’t there built-in safeguards and is it true that ministers were warned many months ago their approach to the police national computer and database posed a significant risk to policing’s ability to protect the public. What did the Home Secretary do about that?’

Mr Malthouse said: ‘Obviously one of the questions that we will have to answer is what went wrong, not only in the writing of the code that introduced this error, but in the quality and system checking that then would sit behind it to make sure that this matter doesn’t reoccur.

‘It is the case that there have been concerns about the replacement – the process of replacing the police national computer, and indeed the police national database, but over the last few months the Home Secretary and I have worked hard to put reset processes in place around that particular project and I’m confident now that we’re on a better footing to move forward to a brighter future for police technology.’