The American company’s British branch criticised the Home Secretary’s call for the Navy to stop migrants crossing the Channel, but a Home Office source immediately hit back, saying Miss Priti’s department did not care about angering ‘a brand of over-priced junk food’.

The spat began when Ben & Jerry’s UK Twitter account posted: ‘We think the real crisis is our lack of humanity for people fleeing war, climate change and torture.’ 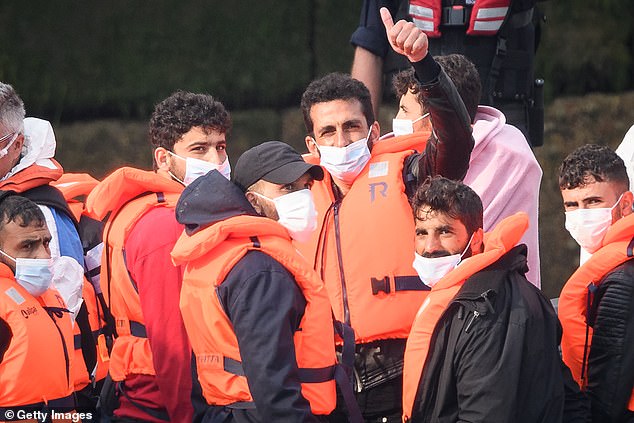 Thumbs-up: Migrants arrive in Dover after crossing the Channel yesterday

It went on to say ministers should make it easier for refugees to reach the country: ‘People wouldn’t make dangerous journeys if they had any other choice. The UK hasn’t resettled any refugees since March, but wars and violence continue. What we need is more safe and legal routes.’

Ben & Jerry’s then claimed ‘people cannot be illegal’ and pointed to the 1951 Refugee Convention which states that entering a country illegally should not affect claims for asylum.

The string of tweets ended with: ‘Let’s remember we’re all human and have the same rights to life regardless of the country we happen to have been born in. And once more for the back: people cannot be illegal.’

A Home Office source told the BBC: ‘Priti is working day and night to bring an end to these small boat crossings, which are facilitated by international criminal gangs and are of serious concern. 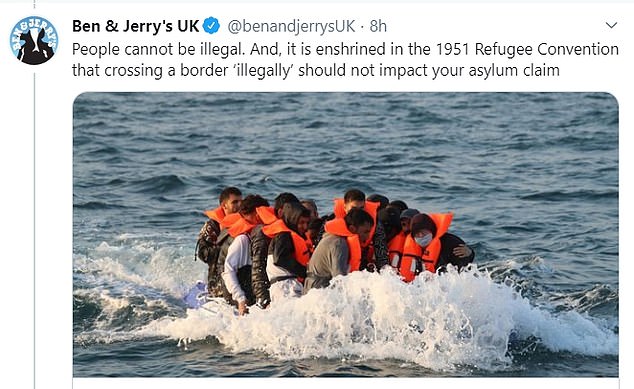 In a Twitter thread, Ben & Jerry’s UK said that ‘”stronger” borders aren’t the answer’ and that ‘people cannot be illegal’

‘If that means upsetting the social media team for a brand of overpriced junk food then so be it.’

The row came as Miss Patel vowed to take much tougher action on migrants crossing the Channel.

She has asked officials to look into whether the Royal Navy could be used to turn back ships and has begun conversations with France on cutting the number of crossings, which Miss Patel has described as ‘unacceptable’.

However, critics say her proposals could be illegal.

There is also an expectation in maritime law that a captain of a ship will help any other vessel that is in danger, which covers many of the small boats carrying migrants in the Channel. 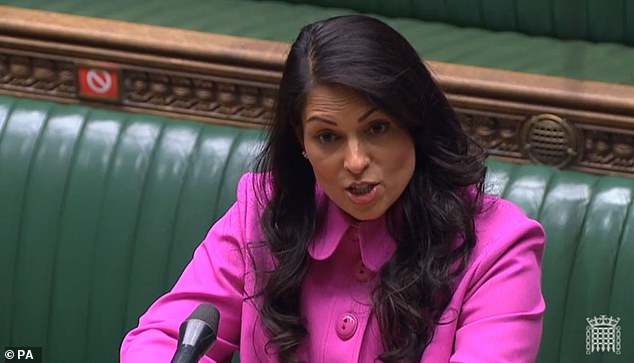