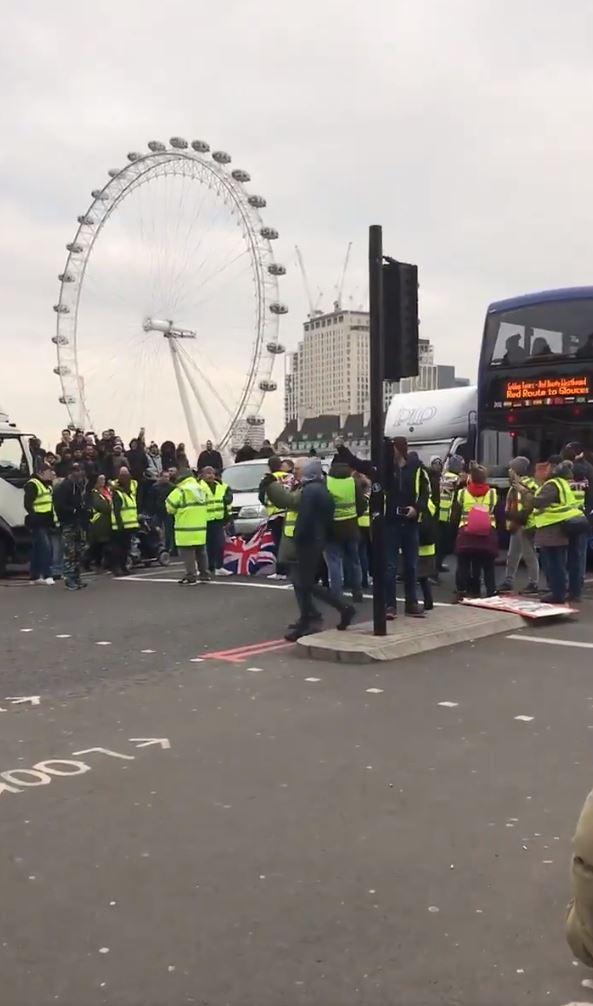 Chants of "Brexit now!" could be heard as the demonstrators took to the packed bridge this morning.

Others yelled: "What do we want? Brexit. When do we want it? Now".

Around 60 protesters are believed to be occupying the bridge right now holding up Union Jack flags as Theresa May meets with EU leaders.

Transport for London tweeted: "Buses serving routes via Westminster Bridge Road may be delayed because of a demonstration which is blocking the road." 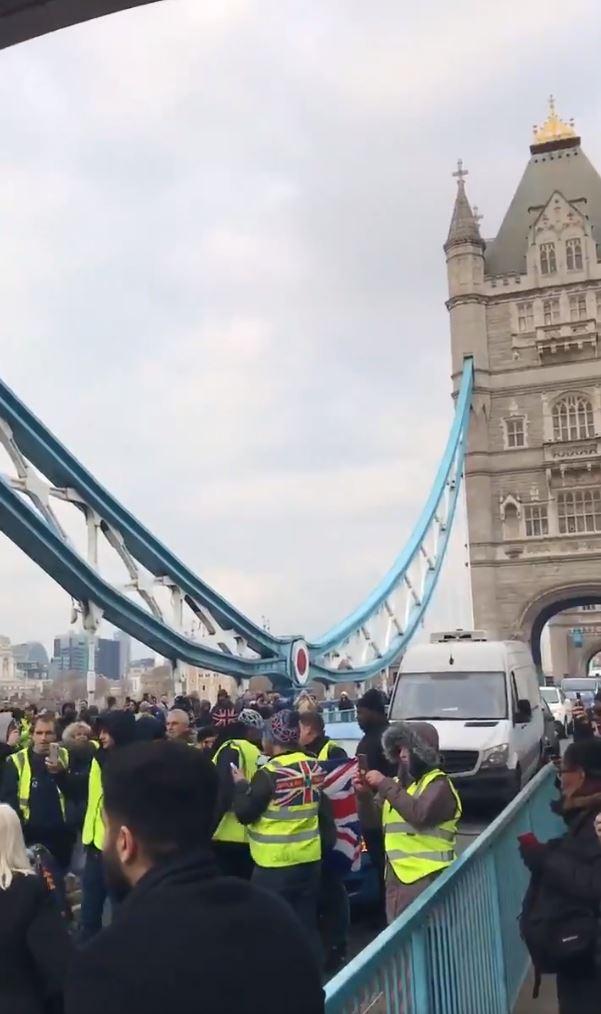 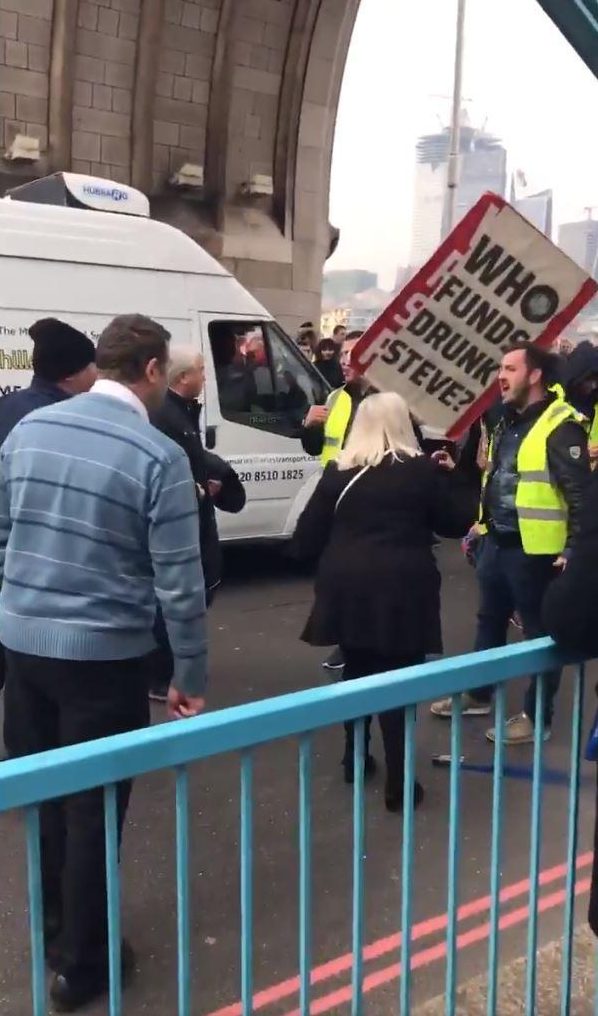 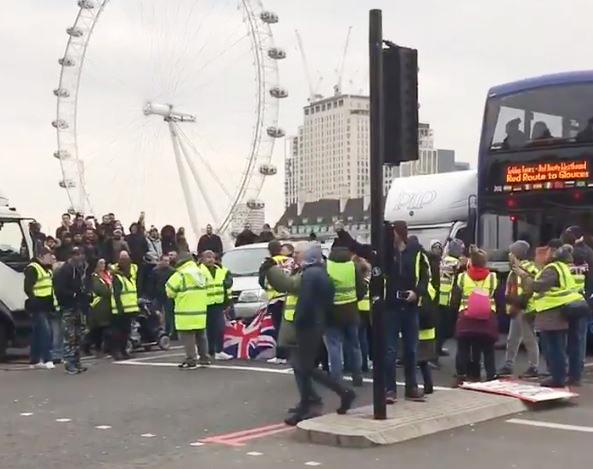 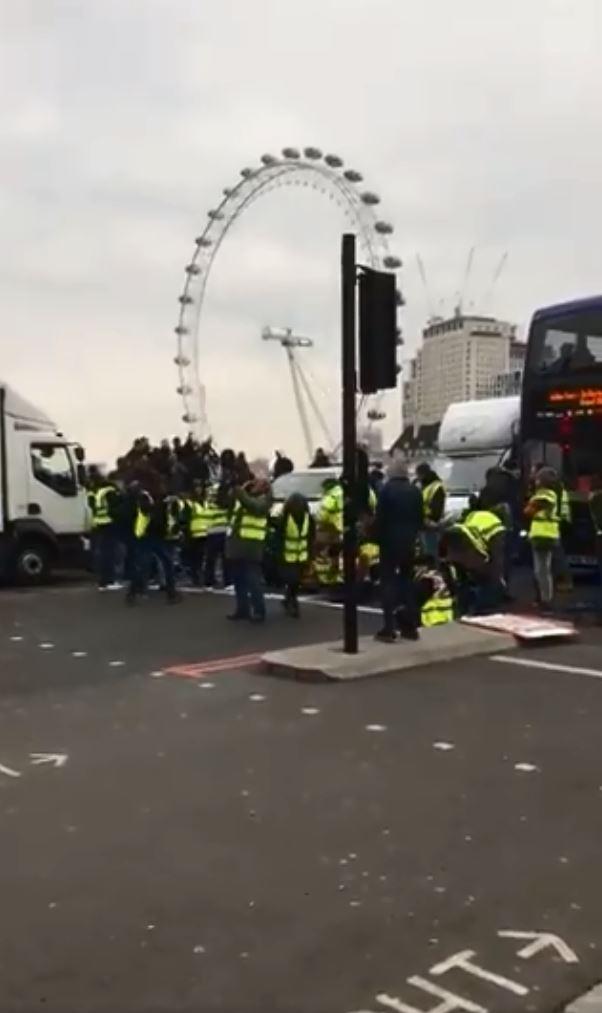 The Metropolitan Police confirmed they were aware of the protest but said there had been no arrests.

Yellow vest (gilet jaune) protesters caused carnage in France last week with 1,000 people arrested and 135 injured during riots in a 'Day of rage' across the country.

Armoured cars, water canons and thousands of rounds of tear gas were used against the fuel price rise opponents, who are named after the high visibility jackets all motorists carry in France.

Mrs May is currently in Brussels where she has been lobbying European chiefs to change the hated backstop after clinging on to her job.

She was today seen having a furious row with Jean-Claude Juncker after he shot down her Brexit demands. 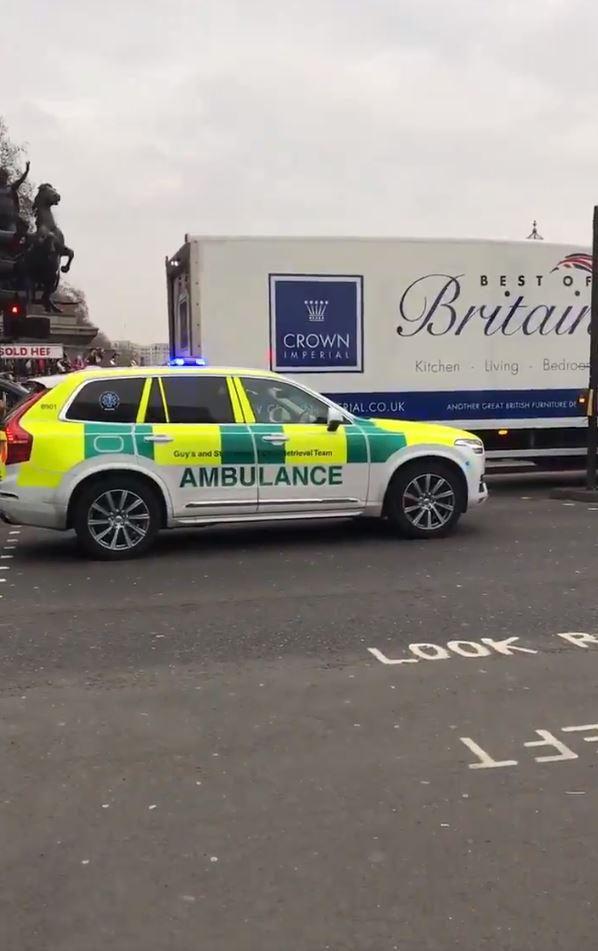 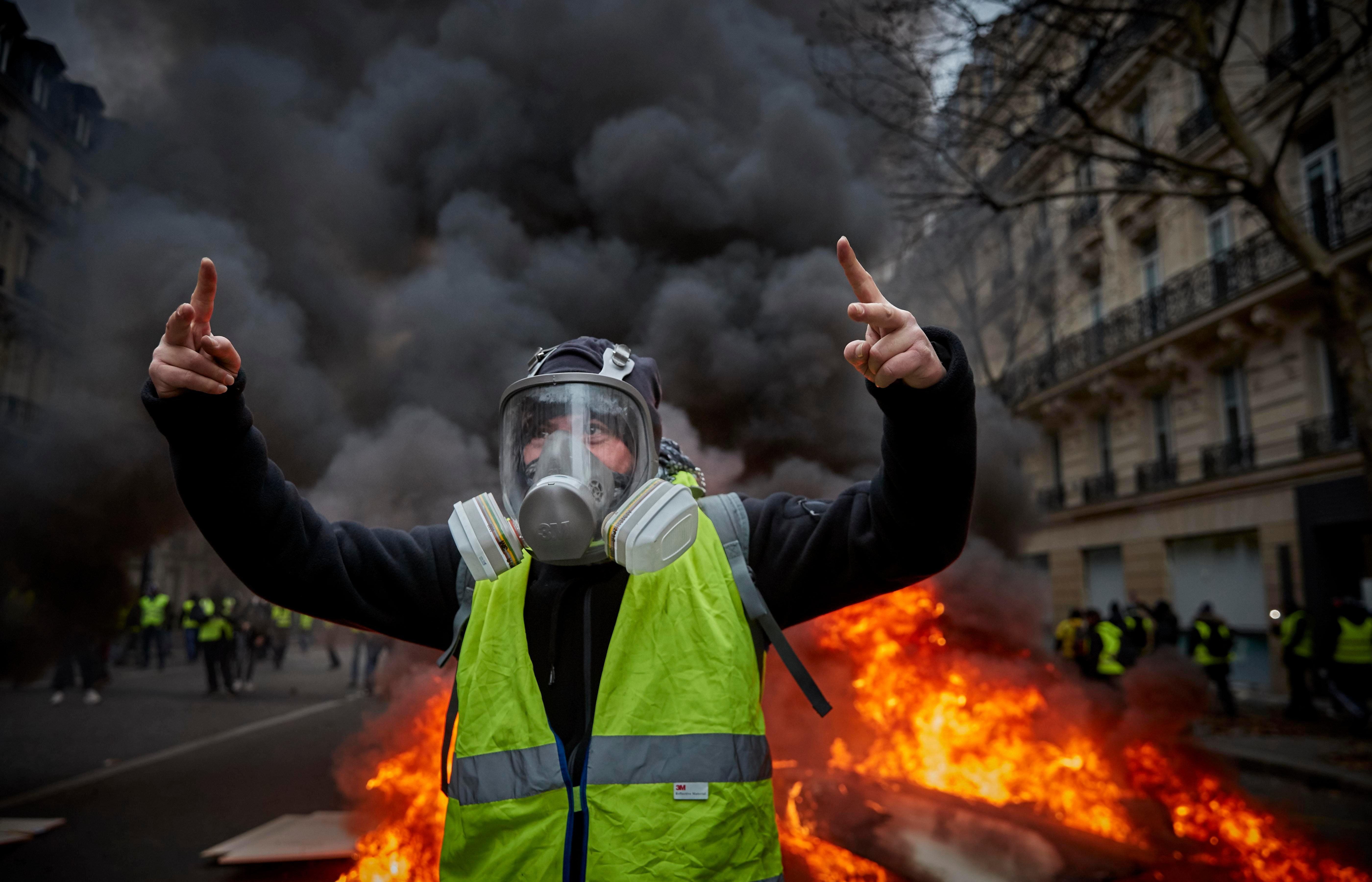 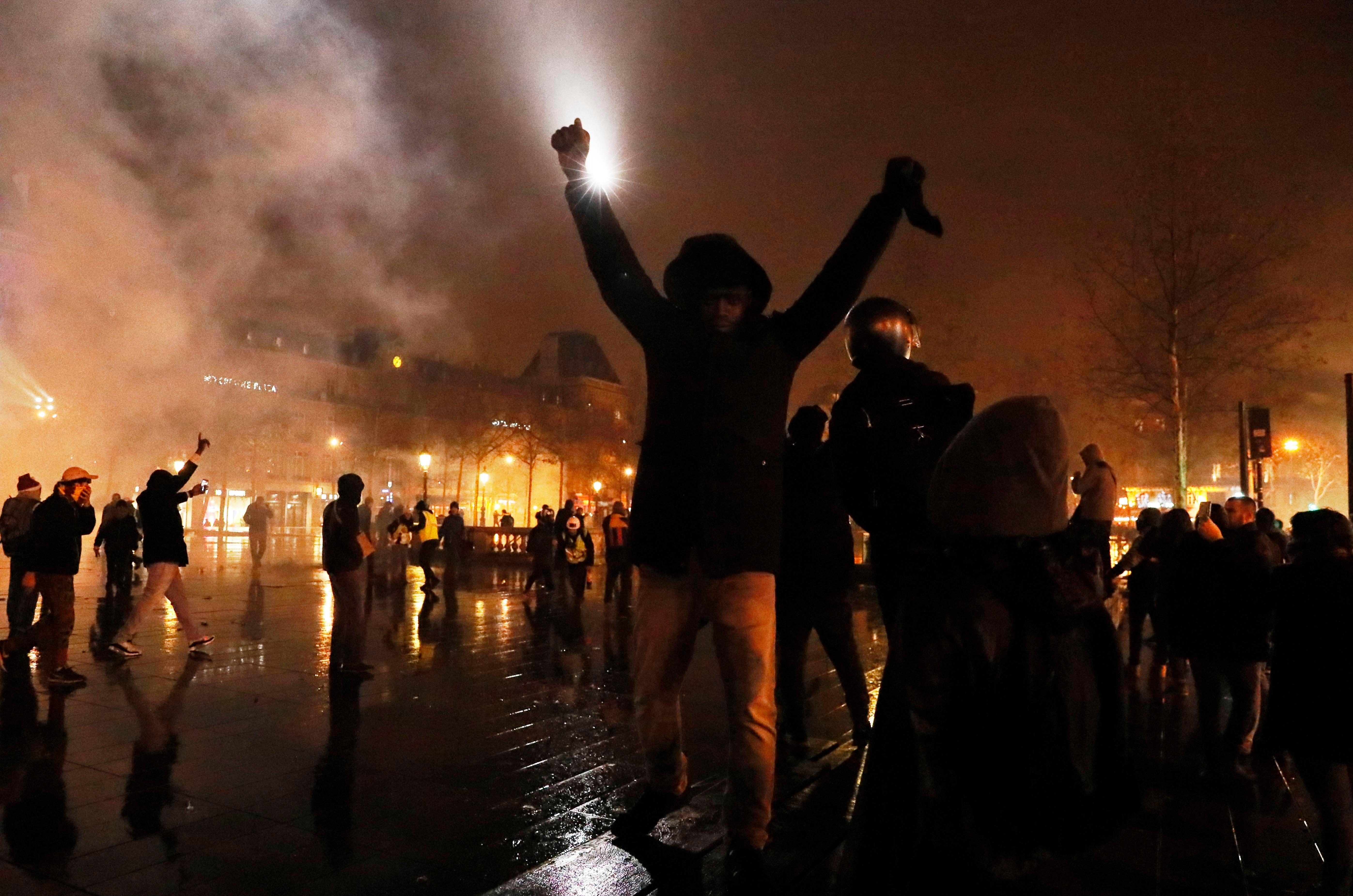 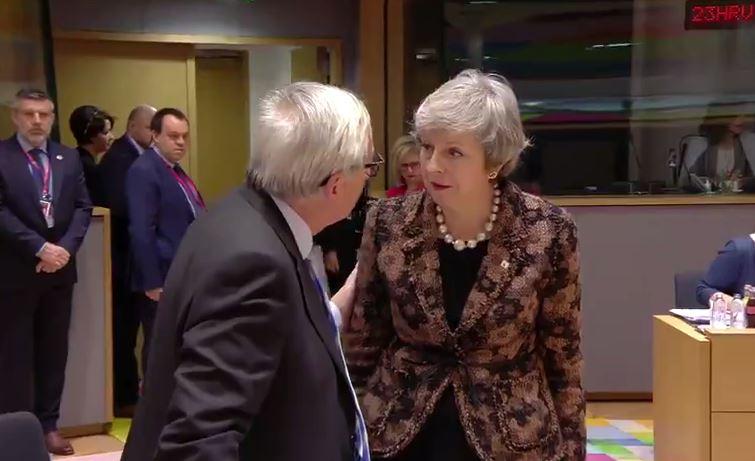 Mrs May flew to Brussels yesterday for the European Council summit after scraping through a vote of confidence from her own MPs.

She is seeking changes to the backstop – designed to keep the Irish border open – to ensure Britain doesn't end up trapped in the EU customs union.

A draft version of the summit's conclusions provided a glimmer of hope for the PM, stating that the backstop "does not represent a desirable outcome" for the EU. 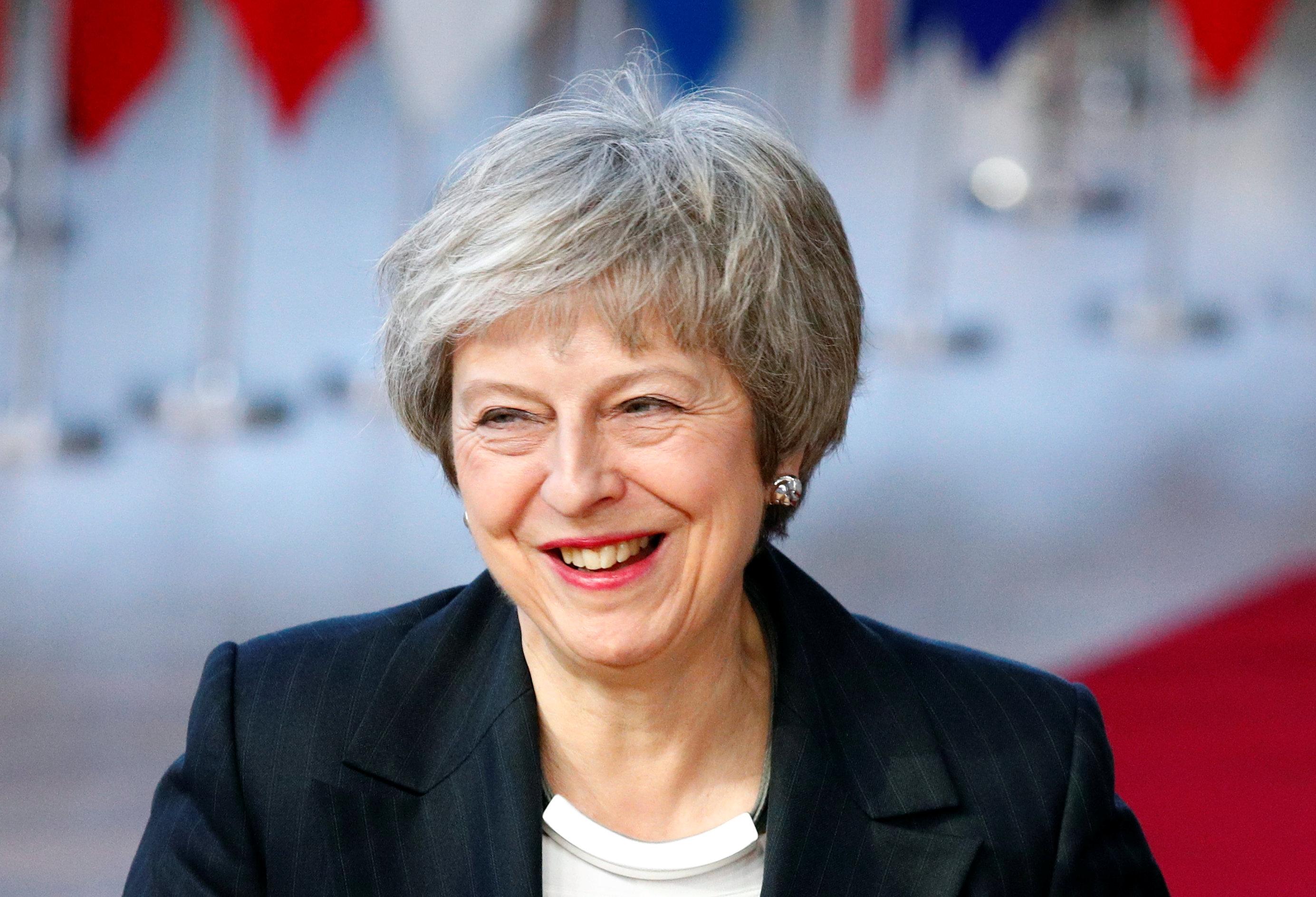 It added: "The Union stands ready to examine whether any further assurance can be provided."

But after Mrs May made her pitch to the other 27 leaders, they changed the text to remove both of the helpful statements.

Instead, the final version calls on EU states to step up No Deal planning.

Mrs May will hold further talks in Brussels today before flying home later.

The Sun revealed last night that she is planning to hold the delayed vote on her Brexit deal on January 14.