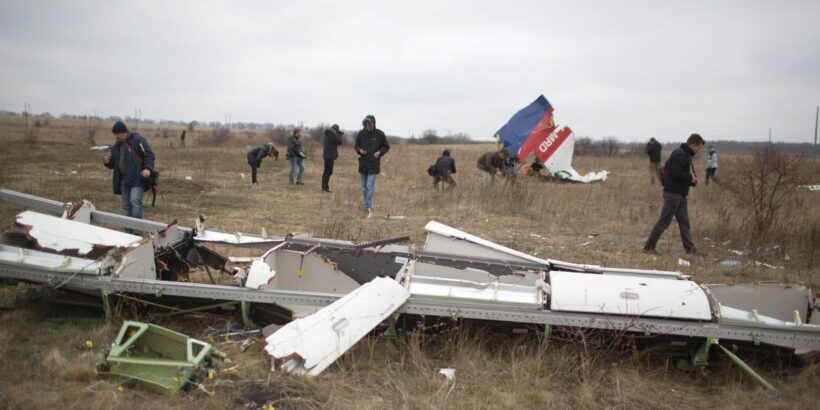 Three men including two Russians and one Ukrainian have been found guilty of murdering 298 crew and passengers on the infamous MH17 passenger flight that was shot down.

The verdict comes more than eight years after the tragic aircraft was shot out of the sky on July 17, 2014 as it flew from Amsterdam to Kuala Lumpur.

One man was acquitted over the incident with Igor Girkin, Sergei Dubinsky and Leonid Kharchenko being found guilty and Oleg Pulatov being found to bear no criminal responsibility.

READ MORE: If Putin nuked UK – 106 top targets and the nuclear winter that could starve millions

The three guilty men were given a life sentence and are now jointly liable for a total of 16 million euros in compensation to the relatives of the victims.

Unfortunately, since Russian law forbids the extradition of their nationals it is unlikely they will ever face time behind bars.

But the sentence will still bring much-needed closure to devastated family and friends of the deceased.

The plane came crashing down after it was struck by a missile launched from an agriculture field in Pervomaiskiy, eastern Ukraine, the court determined.

Officials said that although Russia denied its control over the Donetsk People’s Republic, where the plane was hit, the country was lying and had presented false or forged evidence.

President Judge Hendrik Steenhuis said that although there is a lack of evidence to prove who ordered the launch or hit the fatal button, a "Buk missile cannot be launched by mistake or in the heat of the moment."

He added: "The missile was fired at its target deliberately and it was crystal clear what the aim of firing it was."

The legal expert slammed the theory that Ukraine shot down the plane with its own Buk missile as a "fantasy that belongs in the realm of fantasy".