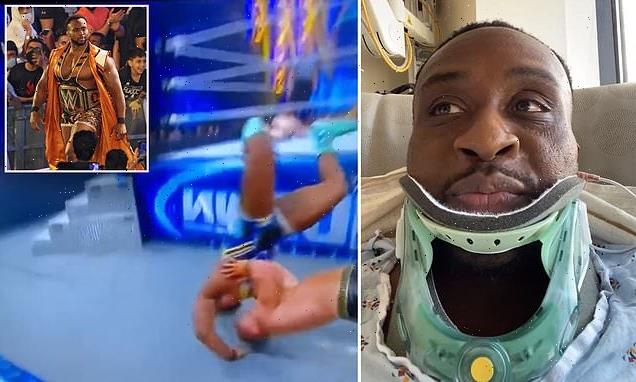 Professional wrestler ‘Big E’ broke his neck at a WWE SmackDown event in Alabama on Friday after he was slammed on his head during a failed stunt.

The 36-year-old wrestler, whose real name is Ettore Ewen, updated his fans on his injury from a hospital bed in Birmingham that night. Wearing a neck brace, the athlete wiggled his fingers for the camera and confirmed he could move them.

‘But unfortunately, right now, they tell me my neck is broken,’ he said in a video posted to Twitter.

On Saturday morning, Ewen confirmed that he fractured his C1 and C6 vertebrae. He added that they weren’t displaced, there was no ligament damage and he won’t need any surgery.

‘And a pro tip: if you’re going to break your neck, do it in Birmingham,’ he joked.

It remains unclear how long his recovery will take.

The Tampa, Florida, native played football at the University of Iowa and even had a brief powerlifting career. He won the WWE championship in September, becoming the face of the entertainment company for a few months until he was defeated in January. 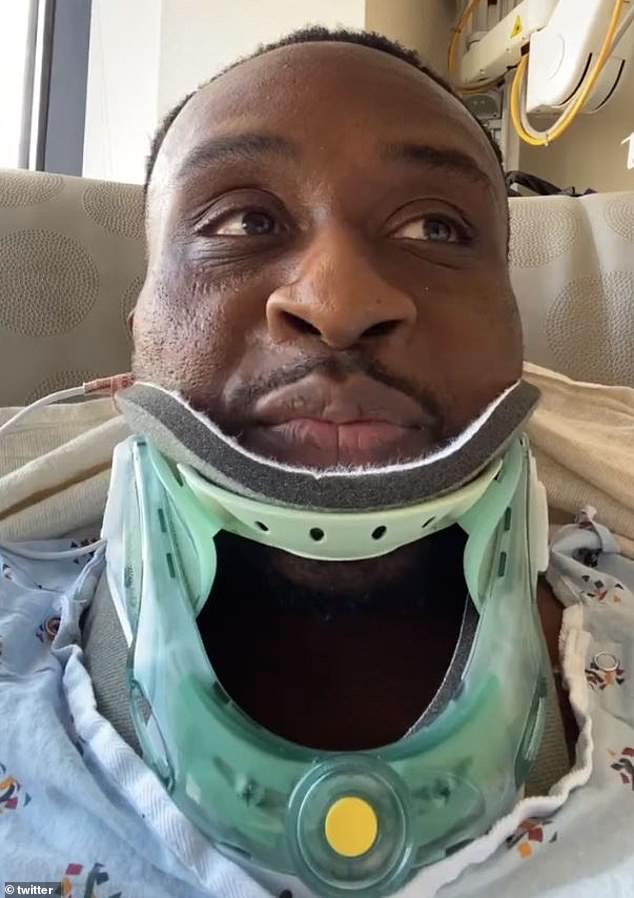 Ettore ‘Big E’ Ewen, 36, confirmed that he broke his neck on Friday but won’t be needing surgery in a video posted on Twitter on Saturday 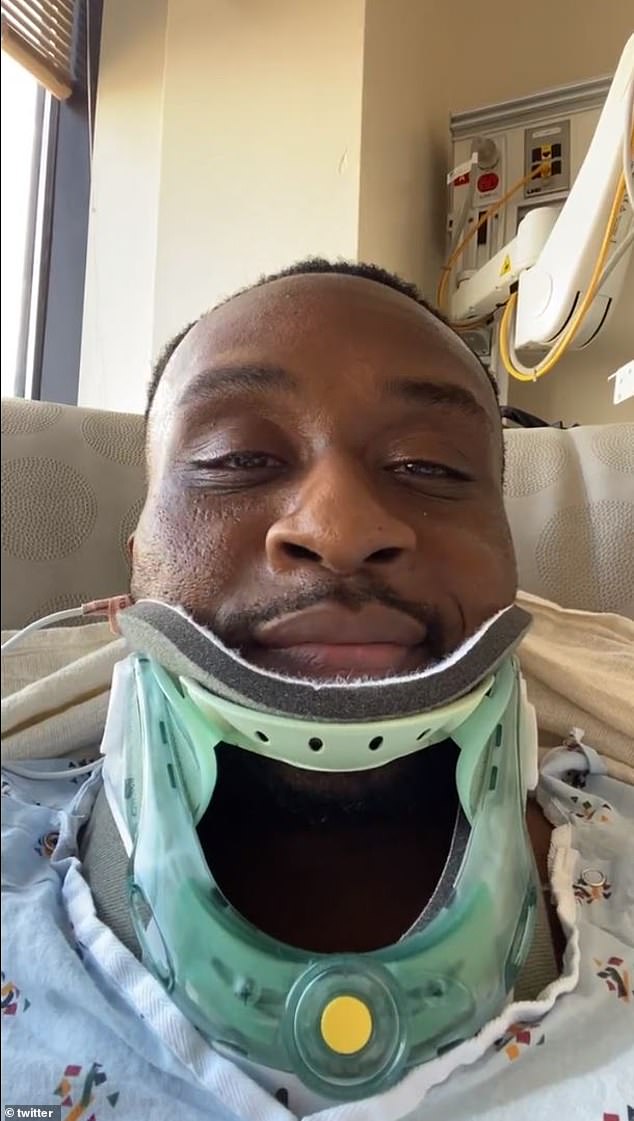 It is unclear how long the wrestler, who won the WWE Championship in September, will be out for recovery 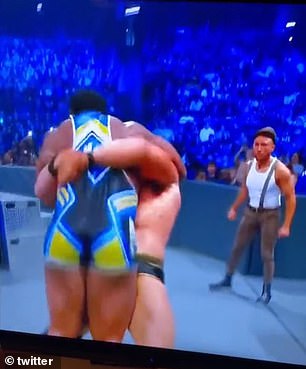 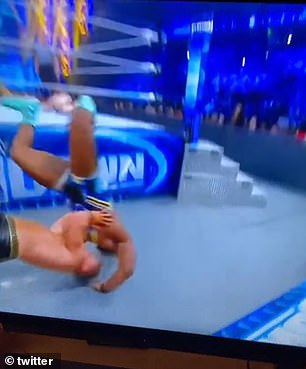 Video shows fellow wrestler Ridge Holland picking up Big E and tossing him back in a move called a ‘belly to belly suplex’ at a SmackDown event on Friday. Big E then lands on his head 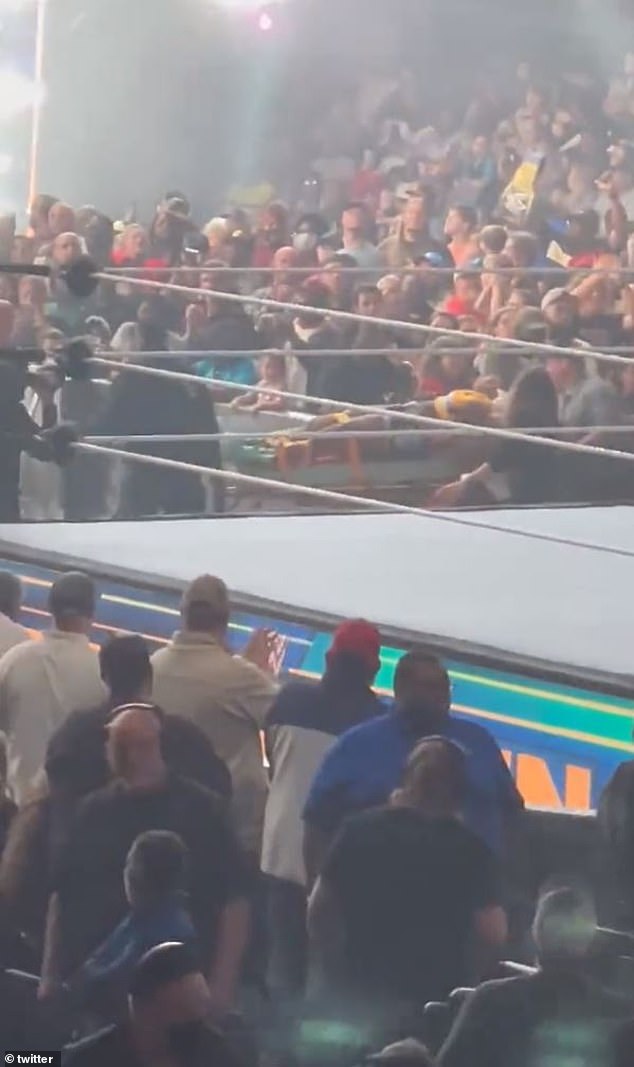 Video from social media shows fellow wrestler Ridge Holland, real name Luke Menzies, picking up Big E and tossing him back in a move called a ‘belly to belly suplex.’

As he fell back, Big E landed on his head instead of his back.

Other wrestlers are seen rushing over to check on Big E.

Another video from Friday shows the wrestler being led out from the Legacy Arena in a stretcher as the audience claps and cheers for him. The scene was not shown on TV.

Ewen thanked the people of Birmingham and the hospital staff as from his hospital bed on Saturday.

‘They’ve been great, everyone here at UAB (Hospital) has been great.

‘But for real, it’s meant a ton to me that so many of you have been so kind and reached out, stopped in to see me, texted me. I know I sound like a broken record but I feel very grateful and I’m going to be alright.’

He has two fractured vertebrae, but said he won’t be needing surgery. 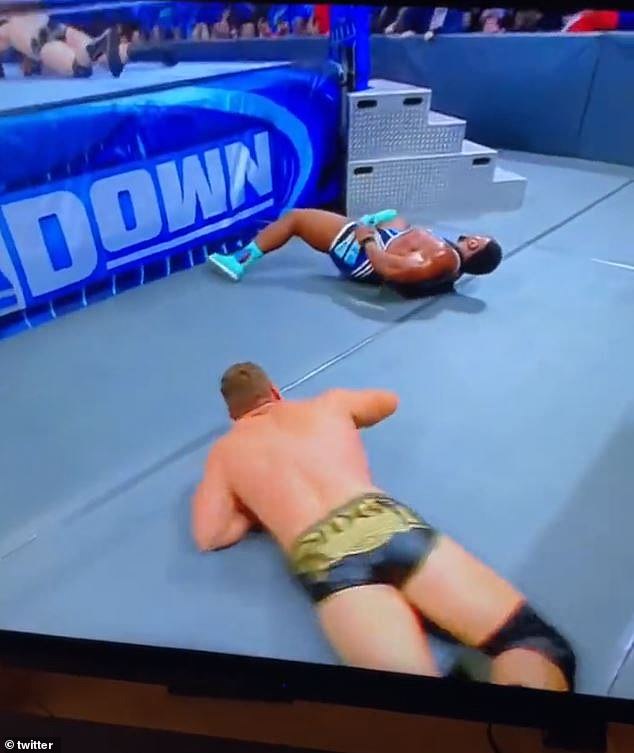 Ewen was seen lying in pain at the Legacy Arena in Birmingham, Alabama on Friday after a failed stunt 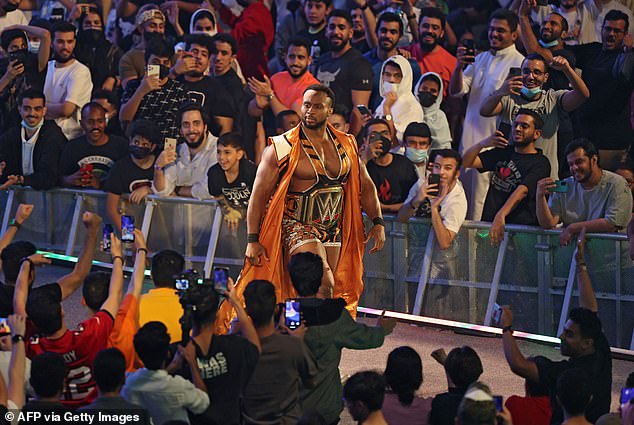 Big E won the WWE Championship in September 2021 but failed to defend his title against Brock Lesnar in January. Above, Big E in Riyadh, Saudi Arabia in October

‘I can’t thank all of you beautiful people enough for all of your concern and messages,’ he said Friday night.

The 5-foot-11, 285-pound wrestler used to play football at the University of Iowa, according to ESPN.

He was also a powerlifter, beating several state records during his brief career before he signed a developmental contract with Florida Championship Wrestling, now called NXT, in 2009.

The wrestler had a brief stint as the reigning WWE champion from September 2021 until January.

‘There is a lot that comes with being WWE champion, and I took a lot of pride in that,’ Ewen told Sports Illustrated in January. 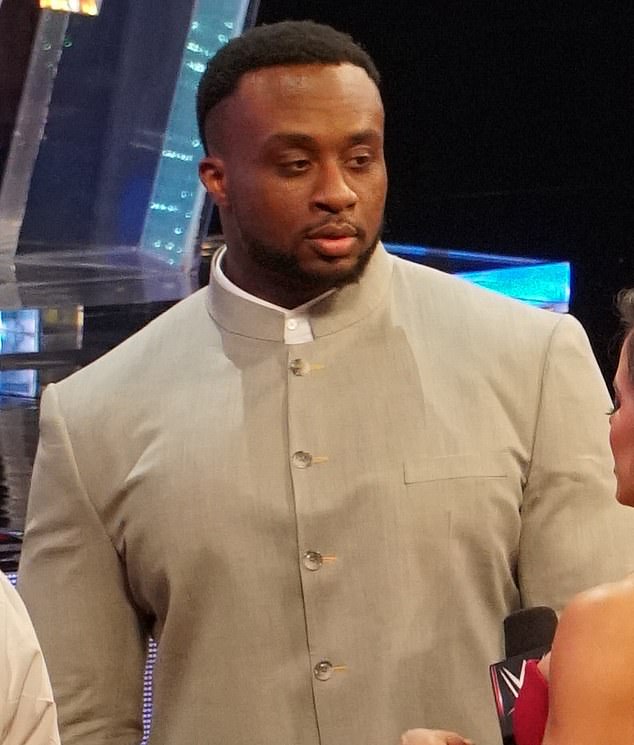 ‘Going on Breakfast Club and doing media throughout the country, I know all the good that came with this and everything we were able to do outside the ring. And there is so much more to accomplish.’

The wrestler failed to defend his championship and was defeated by Brock Lesnar, 44, at the Day 1 event in Atlanta on January 1.

‘I wanted it to be a five-course meal, and it was more of an appetizer,’ Ewen said of his short stint as champion.

‘I’m overly critical of my work to begin with, so I wouldn’t say I was happy with it. My hope was to knock it out of the park, and I fell a bit short. So it’s motivating to start that climb back.’

He added: ‘I’m not comfortable being just a guy on the roster. I’m not good with going back to the way it was before.’