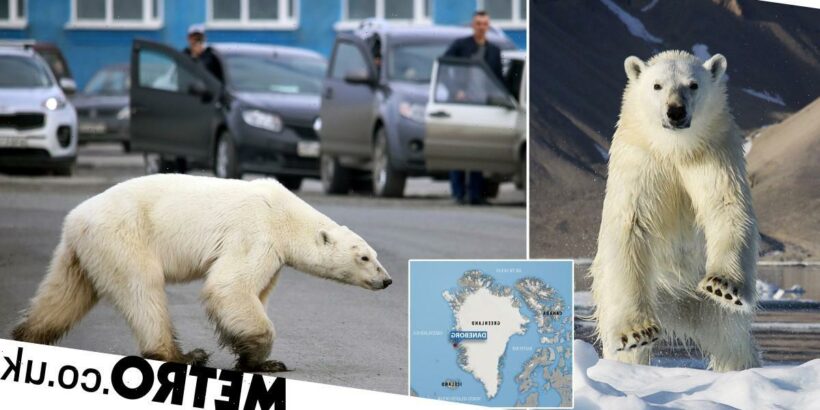 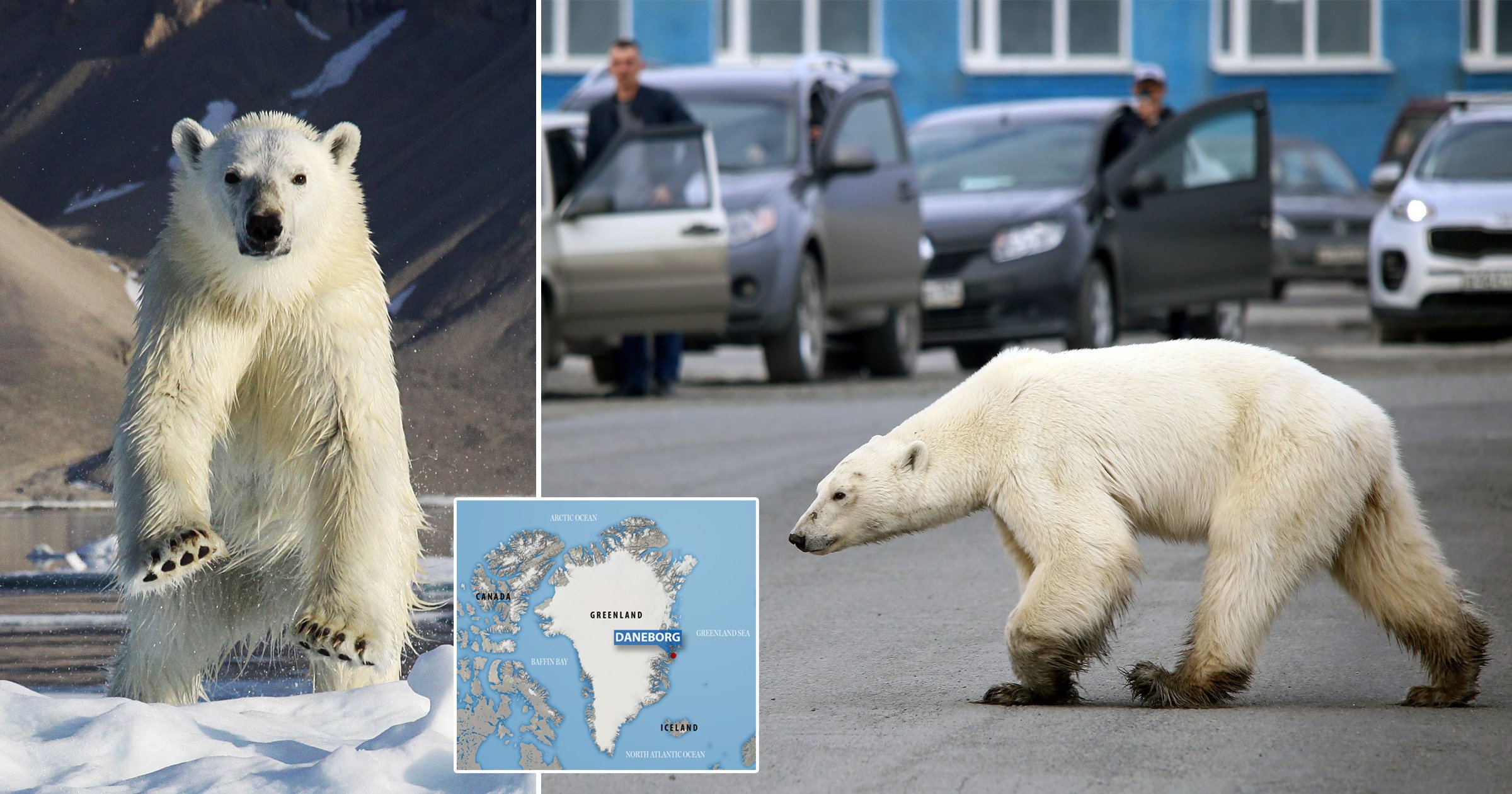 A polar bear forced to search new areas for food because of its habitat melting in a heatwave may be killed after it injured humans.

Hungry polar bears have been wandering further than usual in search of something to eat as Greenland hits temperatures of up to 23.4°C.

The record-breaking heat has brought one particular polar bear too close to humans and it has been involved in five separate incidents.

The military has now warned it could be shot dead if it returns after being categorised as ‘problematic’ on Tuesday.

The bear recently bit the hand of a Danish documentary maker after sticking its head through a window at a research centre near Daneborg.

He was hurt so badly he evacuated 597 miles to Akureyri, in Iceland, for treatment.

Other crew members managed to scare the giant creature away with warning shots from a pistol but it returned in the morning and then again on Monday night – when it broke a window on the site.

Greenland recorded a temperature of 20°C on July 27 and this caused the loss of 8.5 billion tons of icy surface mass – all in one day.

Polar bears are already considered to be vulnerable because their ice habitat is under threat.

The largest bears on the planet will be extinct by 2100, a Nature Climate Change study predicted in July last year.

Although conservation efforts have restored most polar bear populations to ‘stable’, there are still groups in decline.

But even if numbers continue to be preserved, bears and humans risk dangerous encounters with each other if the ice keeps melting.

Environmentalists have urged people and governments to focus on combatting climate change in general to save arctic animals’ habitats.