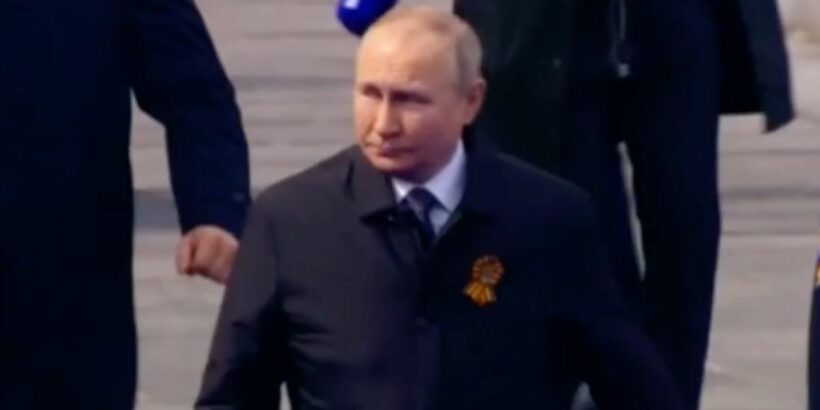 Putin under pressure amid 'power vacuum in Kremlin' says expert

Vladimir Putin is under pressure from inside and outside the Kremlin with key allies of Russia’s leader reported being jostling for position amid a “power vacuum.” Professor Michael Clarke believes that “something going on in the Kremlin” with doubt over the futures of powerful Russian regime figures following the Kremlin’s humiliation in Ukraine.

Professor Clarke told  Sky News: “Now we’re seeing there seems to be a power vacuum opening up, everybody’s wondering what’s happening in the Kremlin, to Shoigu the Defence Minister and Gerasimov, the Chief of the General Staff.

“There seems to be a real problem at the centre of the Kremlin, and Kadyrov…he’s moving into that vacuum.

“He’s actually playing games with Prigozhin, the leader of the Wagner group who is a mercenary group and Prigozhin and Kadyrovare trying they’re trying to manoeuvre, partly against each other.

“But because from the outside, the fact that they’re manoeuvring shows is a vacuum on the inside developing, and this has happened quite recently in the last 10 days it seems according to American intelligence, that there is something going on in the Kremlin.

JUST IN: Russian pundit in tears as he rages at civilians dodging mobilisation

“It may not come to anything, but Putin is under real pressure from the outside because of things that are going wrong, because of the Kersh bridge and what’s going on inside as well.”

Sir Jeremy Fleming said Moscow still had a “very capable military machine” despite those shortcomings, although it was being stretched by the ongoing conflict in Ukraine.

Russian president Mr Putin launched a missile and drone barrage against Ukrainian cities including Kyiv on Monday and air raid sirens again sounded in the capital on Tuesday.

Mr Putin has warned about the potential use of nuclear weapons to defend Russian territory – a definition which he could extend to the occupied regions of Ukraine.

GCHQ chief Sir Jeremy said he hoped the UK would see “indicators” from Russia before any deployment of nuclear weapons, something which would be a “catastrophe”.

Sir Jeremy said Moscow’s top brass were “worried about the state of their military machine”, adding “the word I have used is desperate and we can see that desperation at many levels inside Russian society and inside the Russian military machine”.

Despite the problems facing Moscow, Mr Putin still had “deep stocks and expertise” in his military, as shown by Monday’s co-ordinated strikes against Ukraine’s cities.

Pressed on whether GCHQ would know if Mr Putin was considering using nuclear weapons, Sir Jeremy said: “I think any talk of nuclear weapons is very dangerous and we need to be very careful about how we are talking about that.

“It’s clear to me that whilst we might not like and in many, many ways abhor the way in which the Russian military machine and President Putin are conducting this war, they are staying within the doctrine that we understand for their use, including for nuclear weapons.

“I would hope that we would see indicators if they started to go down that path, but let’s be really clear about that: if they are considering that, that would be a catastrophe in the way that many people have talked about.”