Property consultant, 68, who conned dying actress out of her £1million estate and may have ‘forged her signature’ faces jail Iain Macmaster, 68, convinced actress Claire Gordon to bequeath him her legacy when she was ‘not in a fit and proper state’

A property consultant who conned a dying screen siren into leaving him her entire £1m estate, is facing years behind bars.

Iain Macmaster, 68, convinced actress Claire Gordon to bequeath him her legacy when she was ‘not in a fit and proper state’ and may have forged her signature on the document, Southwark Crown Court heard.

Ms Gordon starred in a series of raunchy comedies and appeared alongside British comedy legends including Bob Monkhouse and ‘Some Mothers Do ‘Ave ‘Em’ star Michael Crawford in West End plays during the 1960s.

She was the first actress to appear fully naked Fon the British stage in a version of ‘The Three Musketeers’ and was a former ‘wifelet’ of the Marquis of Bath, who ran the Longleat Safari Park.

The actress had an estate worth nearly £1 million when she died from a brain tumour aged 74 in April 2015.

Her assets, which included a cottage near the giraffe enclosure at the safari park in Wiltshire and a property in Hurghada, a beach resort in Egypt, was valued at £905,836.

Five months before she died, Macmaster became the executor and sole beneficiary of her will – and he got a mentally ill man to witness the document. 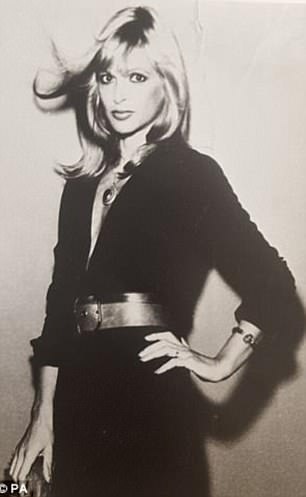 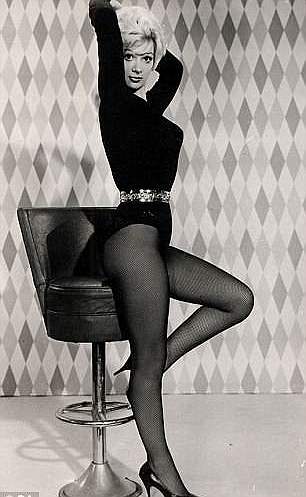 Ms Gordon (pictured), who was once billed as ‘Britain’s answer to Brigitte Bardot’, had an estate worth nearly £1 million when she died in April 2015 at the age of 74

He received 60 per cent of the estate, and Morris Benhamu, 41, who had an intimate ‘kissing and hugging’ relationship with the actress 30 years his senior received the other 40 per cent.

They each denied conspiracy to defraud and fraud at Southwark Crown Court.

The jury found Benhamu not guilty on each, but Macmaster guilty of fraud.

Ms Gordon had no children and had previously written a will in 2014 naming her cousins and their children as her beneficiaries, but this has never traced.

Jurors heard that Ms Gordon’s mother Mimi wrote a letter to her brother David in 1996, reminding him that he had been made a beneficiary.

The will had been supervised by her solicitor Peter Levett.

‘The letter says this – ‘In case I forget to tell you, Claire has made a will with Peter Levett making her cousins beneficiaries’ said prosecutor Mark Halsey. 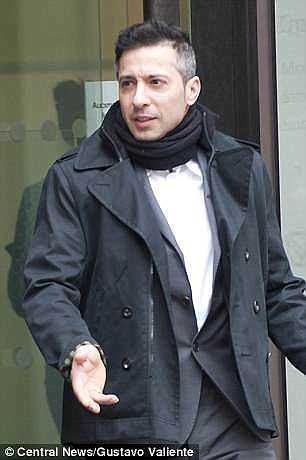 MacMaster was the executor of her will and he received 60 per cent of the estate, while Benhamu (pictured), also a property consultant, got the other 40 per cent. He was found not guilty on both charges

But that will mysteriously vanished and was replaced by the one making Mcmaster the sole beneficiary.

He got Ms Gordon to sign it as she became increasingly ill, claiming it would save her money.

Macmaster said when he met the actress over 30 years ago, ‘she obviously found me attractive.’

‘We had a close non-sexual relationship,’ he insisted.

He admitted one of the witnesses to the will – referred to in court only as ‘Mr Say’ – suffered from acute paranoia and signed his name as ‘Can Say’.

Macmaster told jurors: ‘He was suffering from acute paranoia, I didn’t realise until I met Mr Say that paranoia was a significant mental illness but it doesn’t render someone incapable or disqualified from witnessing a will – far from it.’

‘It is, I saw her sign it.’ Macmaster replied.

A forensics expert analysed the letter ‘a’ in Claire Gordon’s signature and said it likely to be a forgery.

Friends and family of the actress attended court every day of the three week long trial. 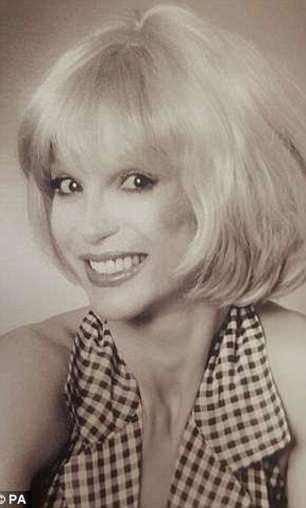 Ms Gordon married the playboy William Donaldson in 1967, a playwright with whom she had a rocky and sexually liberal relationship

Macmaster, of Fitzrovia Court, Carburton Street, Westminster, denied conspiracy to defraud and fraud by false representation, he was found not guilty of the former, but guilty of the latter.

He was released on bail and will appear for sentence at Southwark Crown Court on 28 June.

Benhamu, of Watford Way, Hendon, was cleared of conspiracy to defraud and fraud by false representation.

Ms Gordon appeared in cult films including the 1958 farce I Only Arsked! and 1970 caper ‘The Dirtiest Girl I Ever Met’ after she was spotted by a photographer and signed to an acting contract aged 16.

She made her stage debut with the ‘The Darling Buds of May’ and was married to satirist and playboy Willie Donaldson also known as ‘Henry Root.’