Millionaire property developer, 83, is JAILED for seven months after refusing to hand over control of one of his companies to his former air hostess wife, 62, in their £9million divorce row

An 83-year old businessman has been jailed for failing to co-operate with his former air hostess ex-wife in their bitter £9.4million divorce.

The businessman kept £5.9m of the marital pot, but was told to hand the keys to his thriving property business, worth £1.6m, to his ex.

But his attempts to thwart her effectively taking over the business have now earned Mr Hart, who is being monitored for prostate cancer, a 14-month jail term.

Mr Hart was handed a jail sentence in March, but judges allowed him to stay on bail while the unusual case could be appealed.

That appeal was rejected at London’s Royal Courts of Justice today, meaning Hart will now be taken into custody. 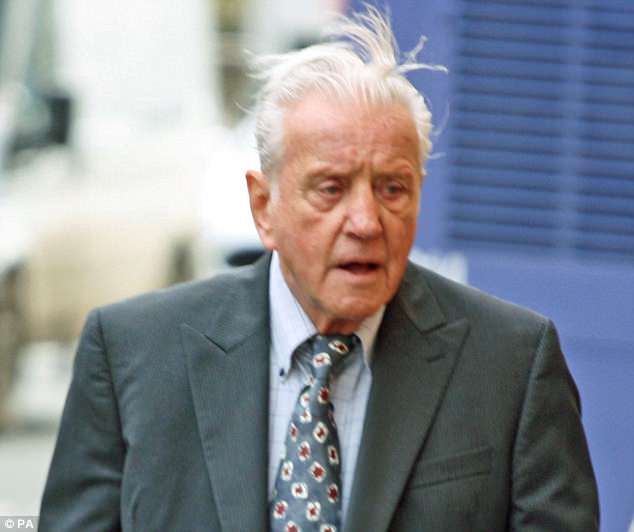 Millionaire property developer John Hart, 83, has been jailed for failing to comply with the terms of his £9million divorce following a bitter and long-running court battle with his ex-wife

Lord Justice Moylan told the Court of Appeal he had shown no remorse and had to be punished for his defiance of court orders.

Mr Hart has been battling his ex-wife over money since 2011 and well over £500,000 has been lavished on lawyers’ bills, the court heard.

The once ‘upbeat, proud and canny’ businessman had been reduced to an ‘isolated and sad’ shadow of his former self, unable to enjoy the years left to him.

As part of his ex-wife’s award, Mr Hart was ordered to transfer to her his 100% shareholding in Drakestown Properties Ltd, which owns two industrial estates.

Former air hostess Karen Hart, 62, was given control of a company as part of the divorce, but her ex-husband refused to give her access to the firm and then took key files

But, in order to winkle her ex-husband out of the company’s office, Mrs Hart had to get a court possession order in November 2015.

By the time he left, however, the office had been ‘stripped’ of almost all the records and documents she needed to effectively run the business.

Mr Hart was ordered to hand over the documents, but faced Judge Stephen Wildblood in March this year after failing to fully comply.

The judge said he had ‘persistently’ failed to co-operate and was ‘motivated by a wish to demonstrate his resentment against Mrs Hart.’

Finding him in contempt of court, the judge said he had ‘sought to deliberately obstruct’ his ex-wife’s attempts to run the company efficiently.

Although the pensioner was of blameless character and had ‘contributed to society’, even his ill health was not enough to keep him out of jail.

He had shown ‘no remorse at all’ and, by failing to cooperate with his ex, had thrown away ‘some of the money which he holds so dear’, the judge said.

He was jailed despite his barrister, Grant Armstrong, protesting that he had done nothing wrong and had been jailed on an ‘unclear and questionable’ basis.

He had in fact handed over a great many documents and Judge Wildblood’s approach to the case had been ‘fundamentally flawed’, his lawyer argued.

But, dismissing his appeal today, Lord Justice Moylan said he had been ‘required to deliver up documents, which he had no right to retain.’ 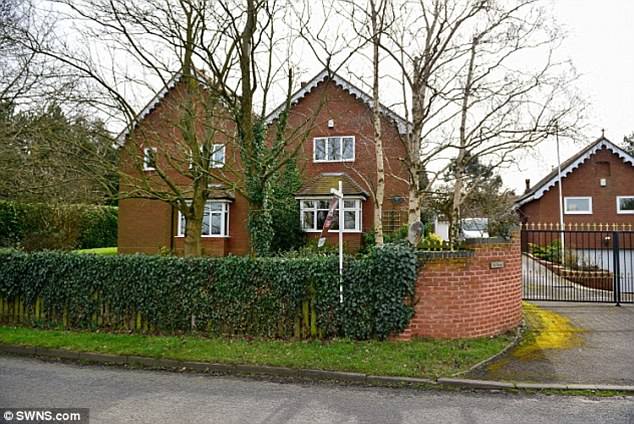 The £1.1m former matrimonial home of Mr and Mrs Hart near Sutton Coldfield (pictured) – they also spent time in villas in Spain and the US

His ex-wife, as sole shareholder and director of the company, was demanding no more than she was entitled to.

Lord Justice Moylan, sitting with Lord Justice Kitchen and and Lady Justice Asplin, said jail would have ‘a marked effect’ on such an elderly and sick man.

But, upholding the sentence, he said Mr Hart simply ‘does not appear to recognise the seriousness of what he has done’.

They enjoyed a ‘lavish lifestyle’, with holiday homes in Miami and Spain, before separating after more than 20 years of marriage.

They lived in a £1.1m five-bedroom gated residence in Wishaw, near Sutton Coldfield, boasting a gym, home cinema room, and garaging for five cars.