John Drennan and Danielle, became the focus of a social media hunt after CCTV footage showed the sparkler slipping from their grasp in the city’s iconic Times Square. 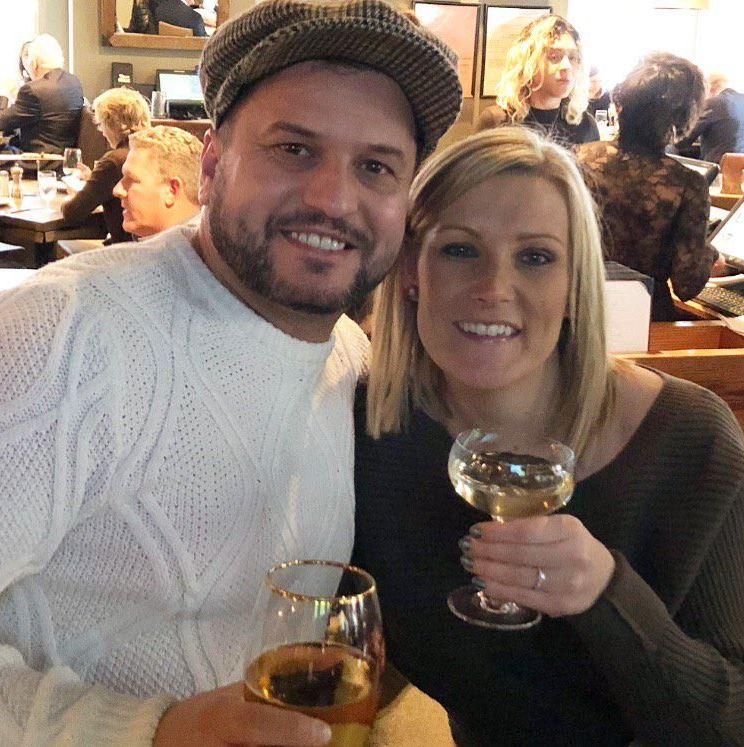 John was captured on CCTV lying on his stomach in a desperate attempt to retrieve the jewellery, but as the couple were unable to reach it, they gave up and walked away.

Cops initially believed the groom had dropped it following a bungled proposal attempt – but later clarified that the ring had slipped off his fiancée’s finger and into the grate.

Cops found the ring at around 10.30am local time on Saturday, but the couple had already flown back to the UK.

Last night, expressing his thanks, John said: “I cannot thank the officers enough and the people of New York for sharing! We are so, so happy and literally can’t thank everyone enough! 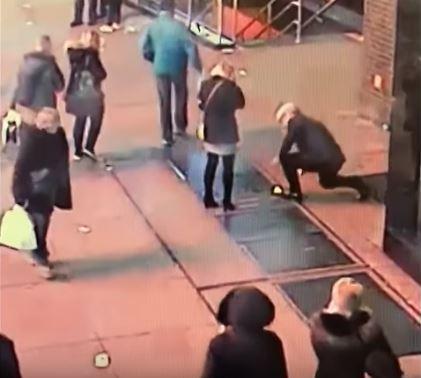 ‏"I actually proposed in Central Park and it fell off as walking.

“Spent ages trying to find and police stopped me from physically climbing down the drain!”

On Twitter, he added: “We wanted to say thank you to everyone who helped especially @NYPDnews and a special little girl who gave my fiancé a big hug… So much love for NYC!”

Daniella, also tweeted her thanks as she said: "We will never forget how much effort you went to. Love New York.

"So delighted to have our ring back! Thought was gone forever! Can’t thank officers enough! God bless America." 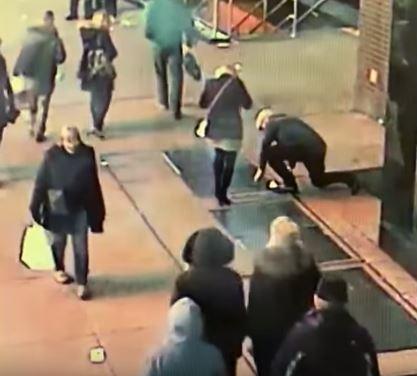 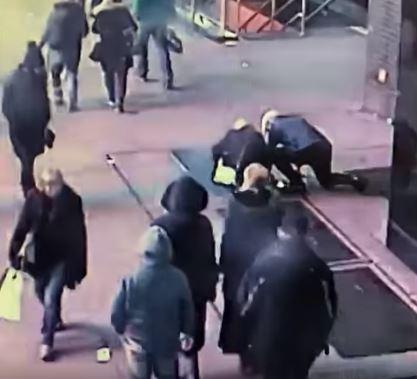 After cops found the ring, they took to social media to track them down, posting on Facebook: “Wanted for dropping his fiancee’s ring in Times Square!

“She said yes – but he was so excited that he dropped the ring in a grate. Our special operations officers worked hard to rescue it and would like to return it to the happy couple. 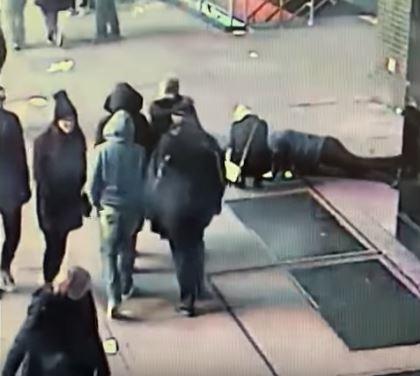 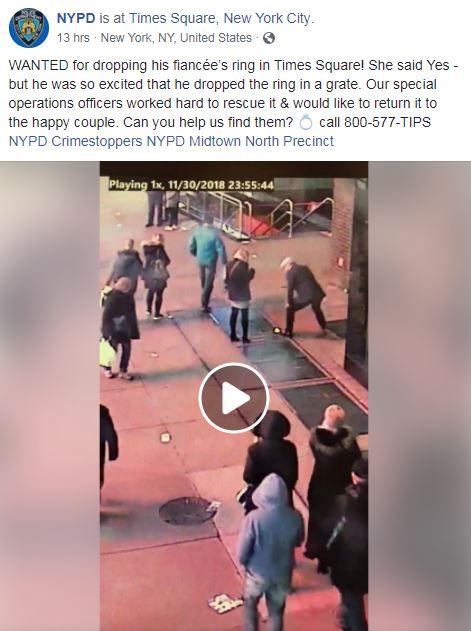 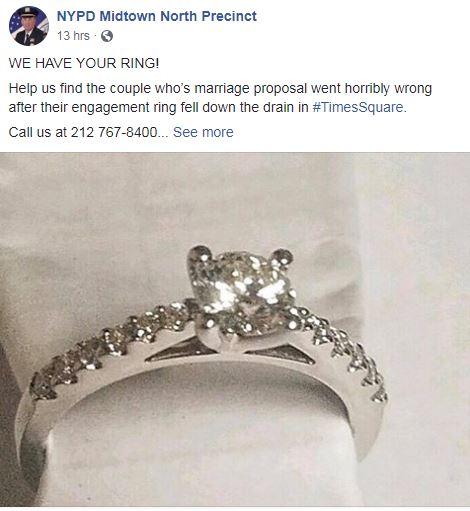 “Can you help us find them?”

Reaction to the successful recovery has ranged from one person posting on the force's Facebook page that the man "is lucky he didn't get mugged", to another who mocked that it was a "grate proposal".

Cops said that the mystery proposer was about 5ft 9in with short brown hair and a “manicured beard” while the woman is about 5ft 5in with blonde hair.