Pro-Palestine activists gathered in Westminster to demonstrate against the visit by Benjamin Netanyahu. 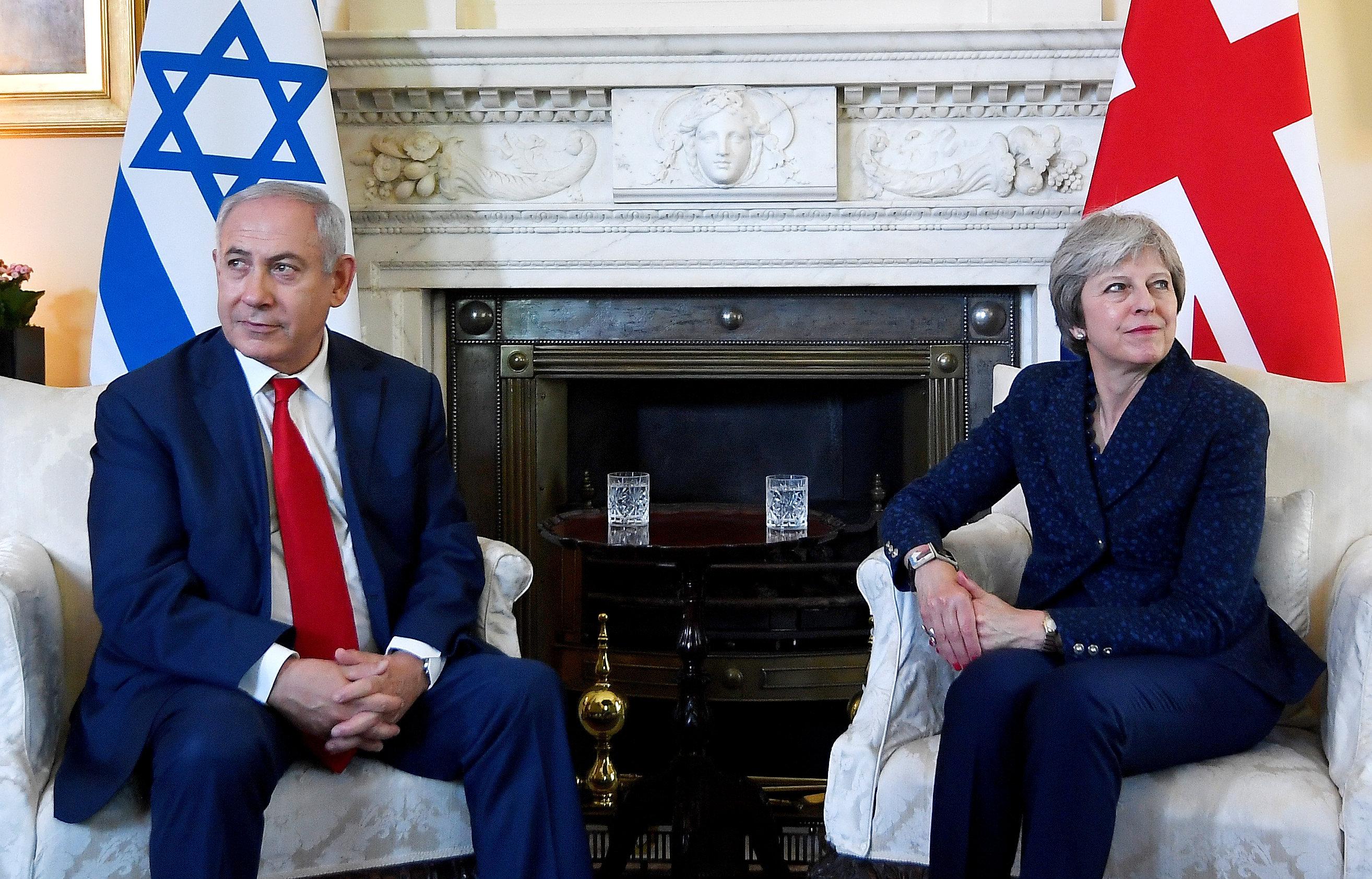 They waved placards saying the Israeli leader is "not welcome" and accusing him of war crimes in Gaza.

Inside Number 10, Mr Netanyahu and Mrs May clashed over the shooting of Palestinians during clashes at the Israeli border.

The PM said Israel had to take action to protect civilians who were caught up in the Gaza violence.

She told Mr Netanyahu that Britain "absolutely recognises" the right that Israel has for self-defence against the activities of "extremists and terrorists". 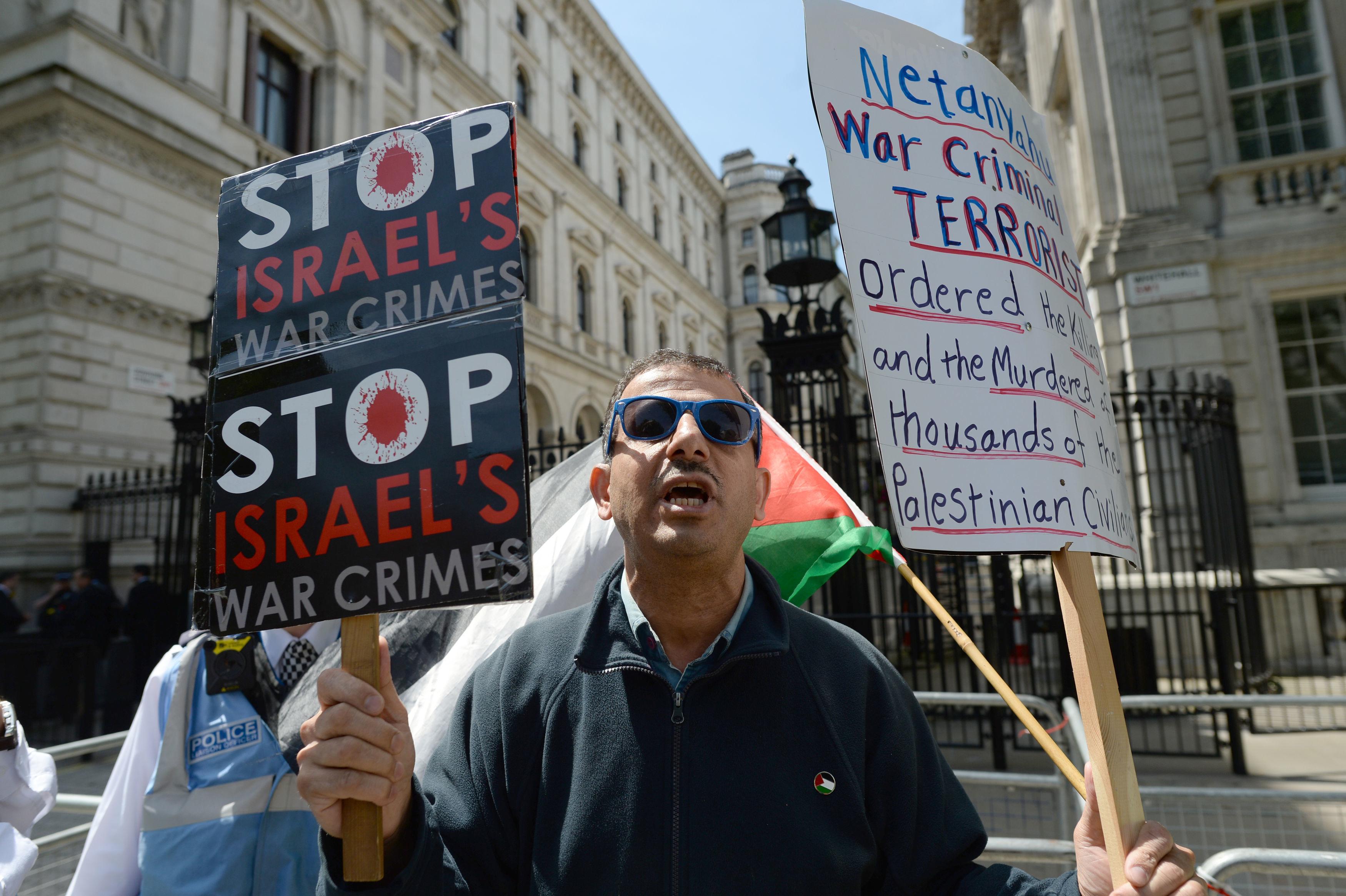 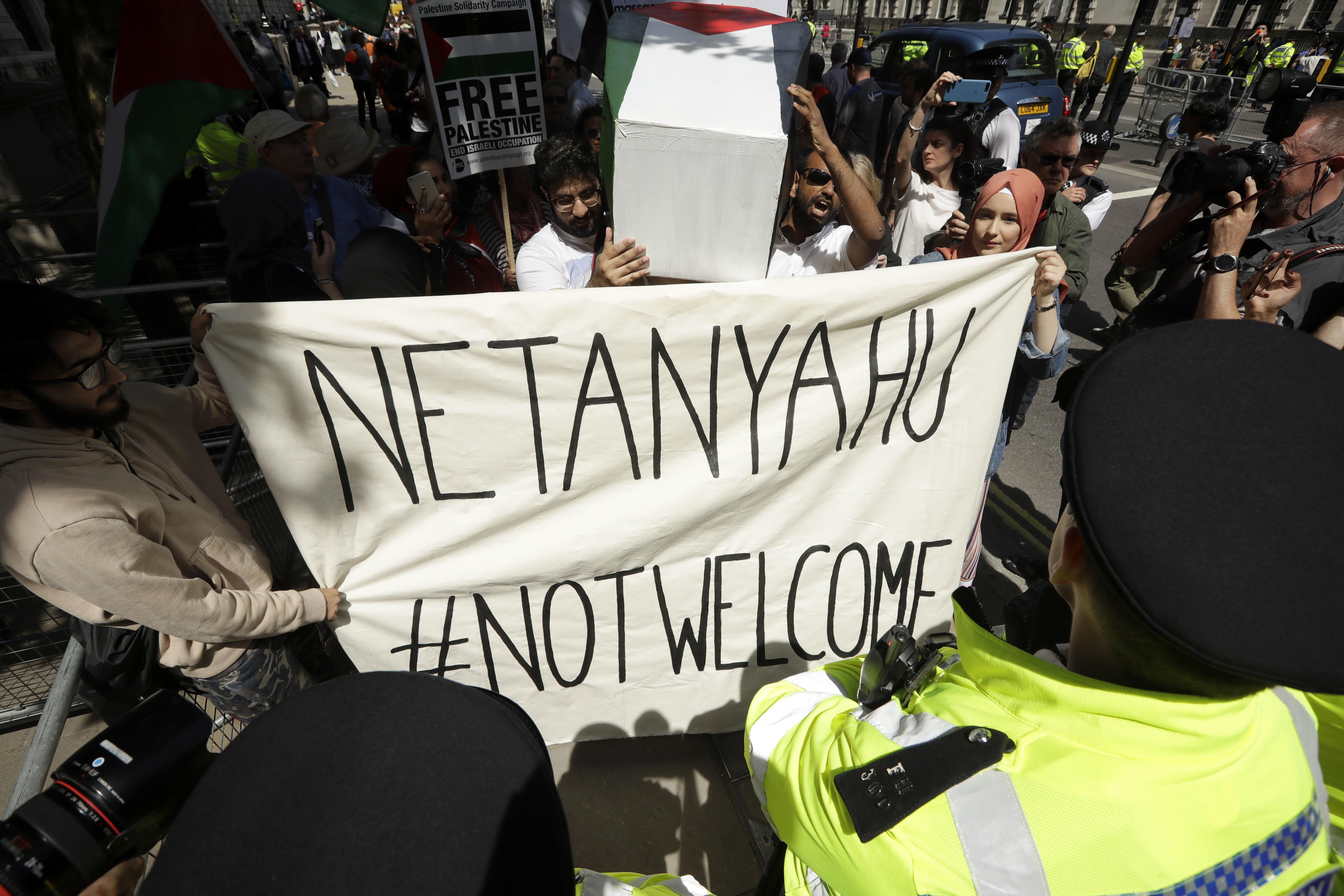 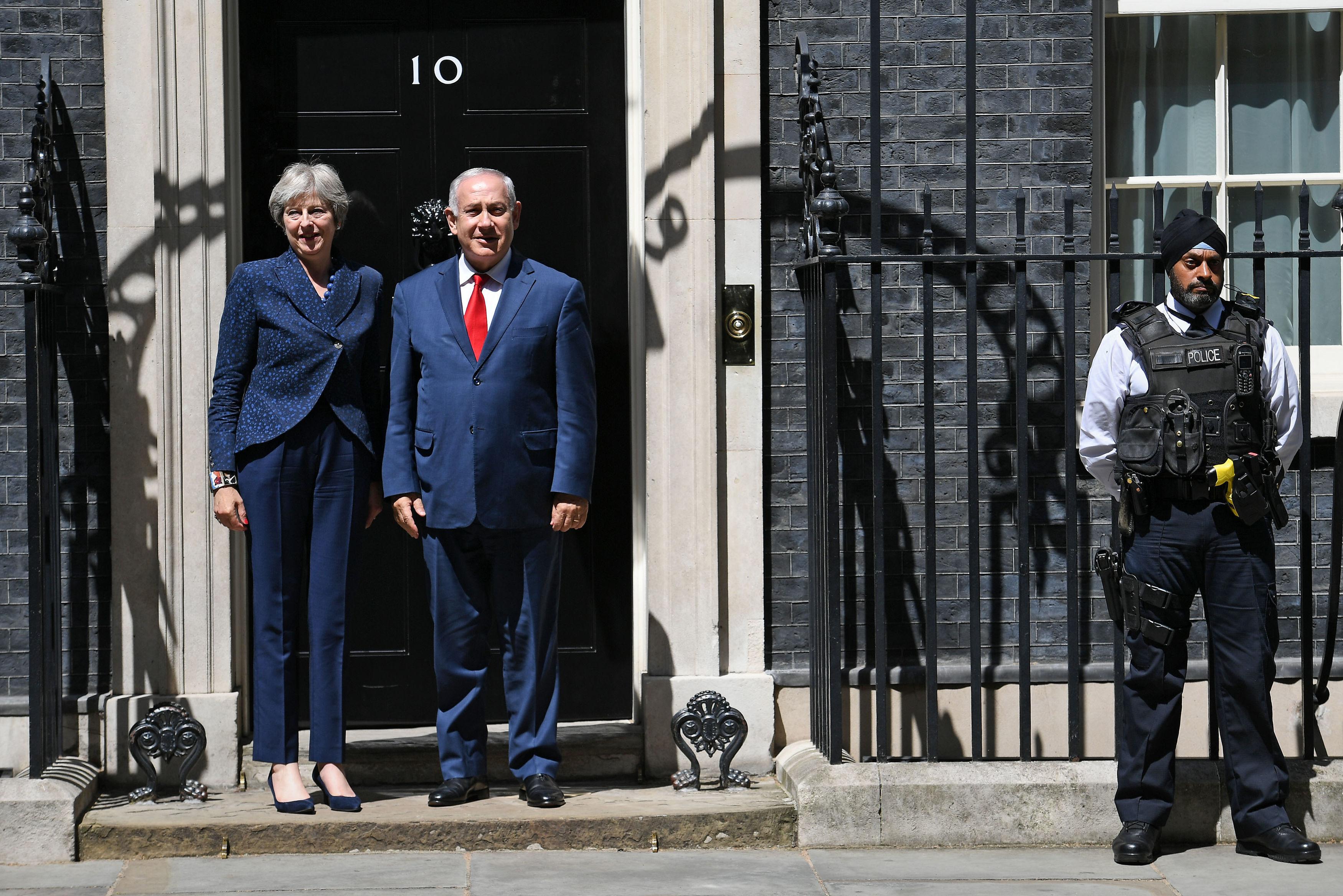 Mrs May added: "But with 100 Palestinian lives lost and a deteriorating situation in Gaza I hope we can talk about how we can alleviate that situation and how we can ensure that we can get back to a position where we are able to find a way through to talk about a two-state solution."

Mr Netanyahu hit back, saying protesters were being "paid for and pushed by Hamas".

He said: "This is not a non-violent protest, quite the contrary. 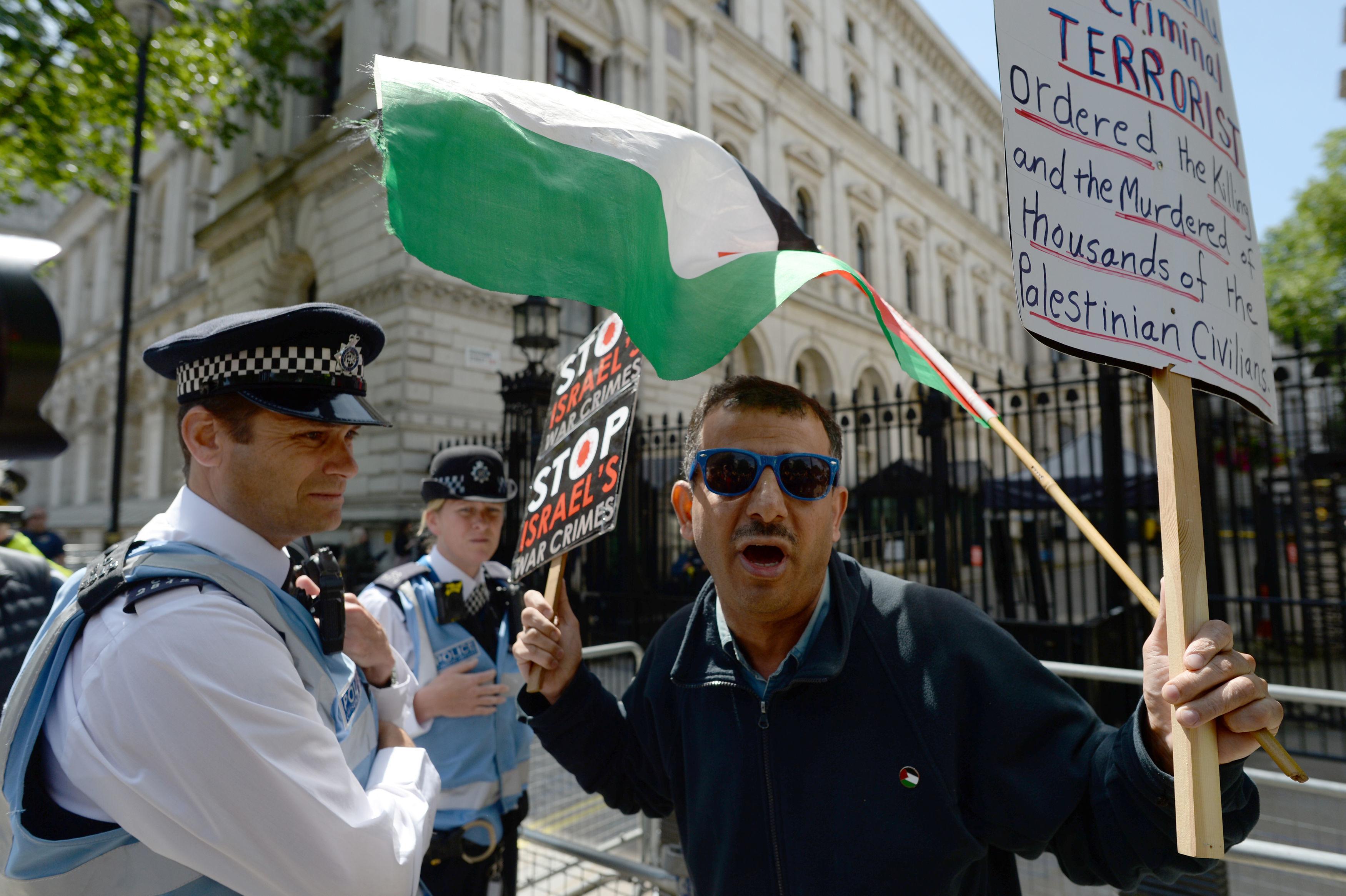 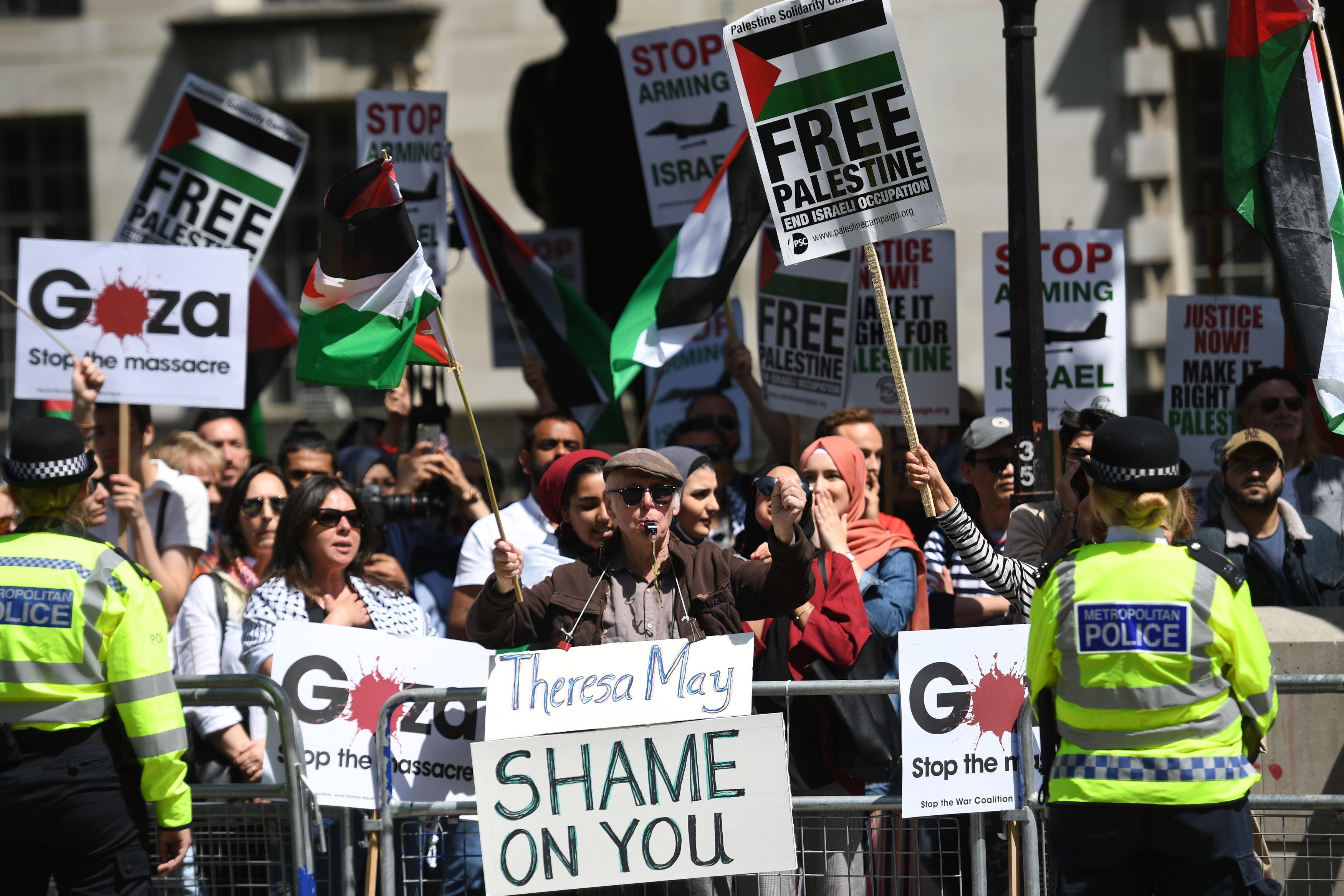 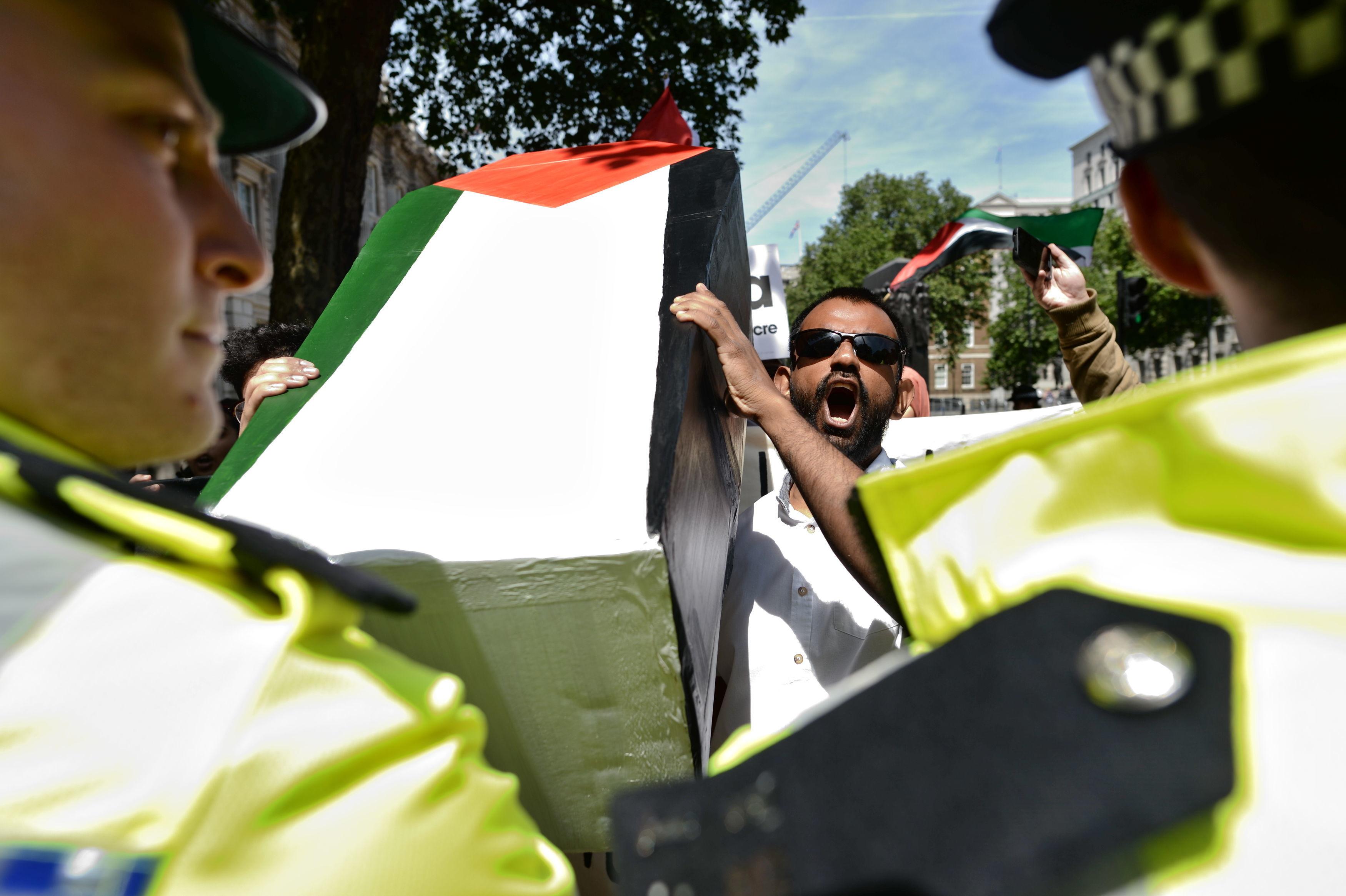 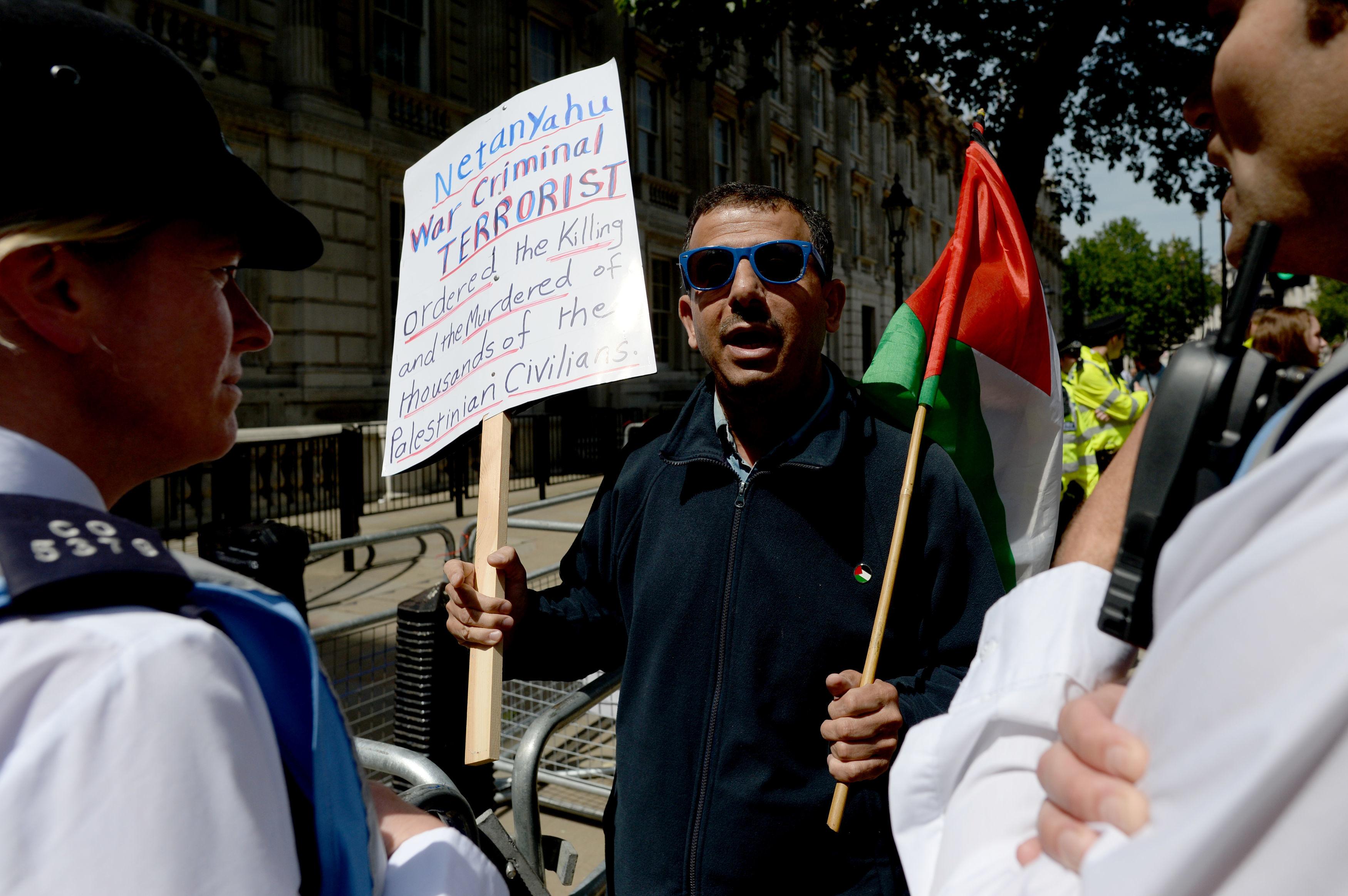 "We are doing everything we can to both minimise casualties and at the same time protect Israeli lives."

The pair also disagreed over the the Iran nuclear deal, which European leaders are scrabbling to save after Donald Trump pulled out.

Mrs May said: "Along with France and Germany the UK continues to believe that is the best route to preventing Iran from getting a nuclear weapon.

"We will remain committed to it as long as Iran meets its obligations."

But Mr Netanyahu said his priority was "how to roll back Iran's aggression in the region".