In a tragic turn, victim was murdered just over five years after his cousin was shot dead by a far-right gunman. 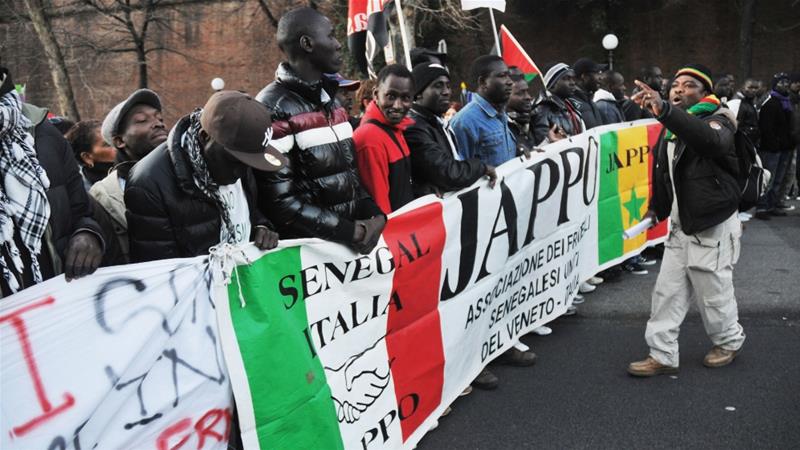 Rome, Italy – As Italians woke up to election results on Monday, 54-year-old Idy Diene left his home in the town of Pontedera and headed into Florence.

The 54-year-old migrated to Italy from Senegal 20 years ago, and eked out a living by selling accessories to passersby and tourists.

Diene was selling his merchandise on the city’s Vespucci bridge when he was shot six times by Roberto Pirrone, a 65-year-old, unemployed, white Italian citizen who later told police he had intended to commit suicide.

When he found himself unable to shoot himself, he said he fired on a random target. He was depressed and wanted to spend the rest of his life in prison, investigators told local media.

Police have ruled out a racist motive for the killing, but the Senegalese and Muslim communities are not convinced. They say the recent election stoked anti-migrant sentiment and believe Diene could have been targeted because he was black.

His death has reopened old wounds.

In December 2011, Gianluca Casseri, an author linked to a far-right group, killed his cousin, Samb Modou, and another Senegalese citizen at the market where they worked.

In the years since, Diene took care of Modou’s daughter and his widow, Rokhaya Mbengue. Diene and Mbengue later married.

She has now been widowed twice.

“No ties have emerged with political groups, certainly not right-wing or racist. [Pirrone] was a firearm collector, and we found some memorabilia from the former Soviet Union at his home,” Giuseppe Creazzo, Florence’s chief prosecutor, told reporters.

After a rally calling for justice on Monday, Dario Nardella, the city’s mayor, tweeted, “The grief the Senegalese community is going through is understandable.”

Some angry demonstrators had kicked over rubbish bins in the city centre.

“Whoever uses violence, wherever they are from, should face justice,” the mayor said.

“We condemn this behaviour,” said Mamadou Sall, a member of the Senegalese association in Florence which had invited the mayor, referring to the bins being knocked down.

“On the other hand, we can’t believe that another, fellow Senegalese was killed, randomly. Every time by a crazy man. We are tired. When we leave home, we don’t know if we’ll come back. Security should be for everyone, including foreign citizens,” he told Al Jazeera.

“It’s not the first time, and this makes us stop and think. Is it just that they are crazy, or is there racism behind it? [Diene] was shot by six bullets, not a flying one.

“We’ve seen an electoral campaign based on hatred, racism and verbal violence; now we have seen the action. This is one of the reasons people are angry. This man left the house to commit suicide, and ended up killing a black man instead.”

Izzeddin Elzir, the imam at the mosque Idy used to attend in Florence, and leader of the Union of Islamic Communities in Italy (UCOII), called for politicians to exercise care in their campaign rhetoric.

“What we know for certain is that there were several people on the bridge, but [Pirrone] killed a black man,” Elzir, who is originally from Hebron in the West Bank, told Al Jazeera.

“Ours is an open-minded city, there is a dialogue. Italy is not a racist country. But, unfortunately, in the past two months of electoral campaigning, the political climate has been unhealthy, against [migrants], against whoever is different. When politicians don’t use words responsibly, we know that words can be worse than bullets.”

One month ago, far-right gunman Luca Traini attacked a group of African migrants in a drive-by shooting in the central town of Macerata, wounding six. At the time of his arrest, he was draped in an Italian flag and greeted officers with a straight-armed fascist salute.

Traini had links to self-described neo-fascist groups and had run in a local election as a candidate for the right-wing League party, which is headed by far-right politician Matteo Salvini, getting no votes. 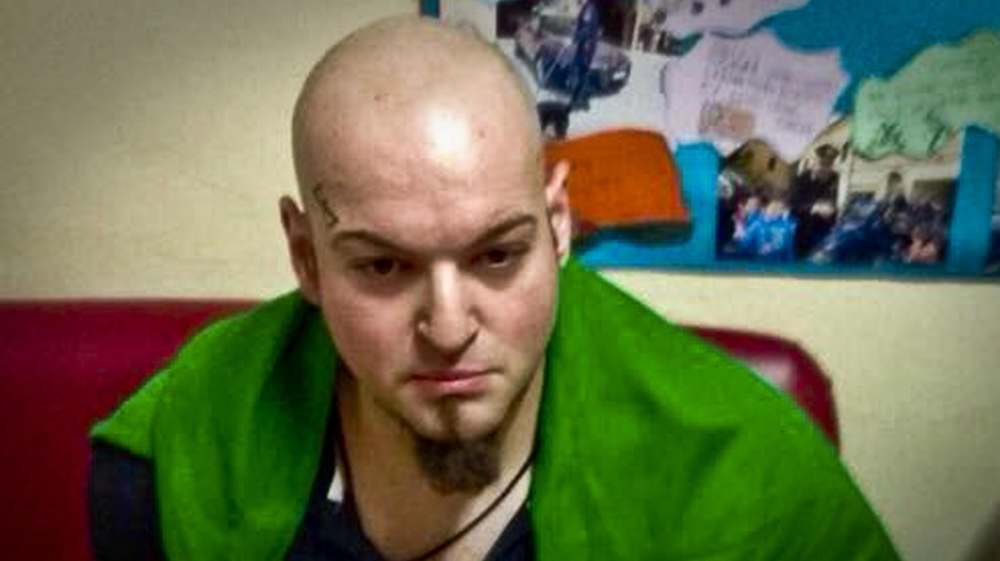 ‘We consider this our country now’

Amnesty International, which monitored hate speech during the campaign, said migrants have been the top target, and named Salvini – who has previously claimed that Islam is “incompatible” with Italian values – as the main culprit.

Diene’s killing came amid repeated attacks on an Islamic cultural centre in Padova between March 4 and 5.

Police apprehended the suspect, a 57-year-old local, whom media said had no links to political groups.

His motive, reports said, was an argument with one of the community members.

“[The suspect] says it’s an act of revenge, that he had an argument with a neighbour,” said Ahmed Raudi, head of the “La Saggezza” (Wisdom) cultural association. “But I have friends living in that area, and no one seems to have had an issue with him.”

Raudi told Al Jazeera that during the 2015 regional elections, someone had tried to break the centre’s windows.

He explained, however, that the majority of people “understand we are well integrated and that we are not far from Italians in terms of mindset.

“I have been here for 20 years, my children grew up here and I have many friends like that. We consider this our country now.”

The National Office Against Racial Discrimination (UNAR, a government body) recorded 2,652 discrimination incidents in 2016, 69 percent of which were ethnically or racially-motivated.

A national anti-racism demonstration has been announced for March 10 in Florence.