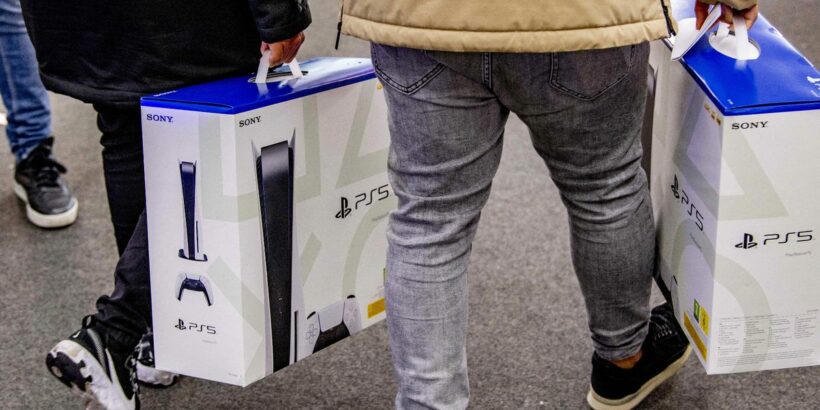 Sony's highly-sought PS5 could be back in stock in April and May.

The games console has been hard to land for gamers ever since it was released last year, with stocks selling out rapidly.

But Smyths Toys has two versions of the machine listed on its site that it claims they will be available very soon.

The version with a disc tray is listed for £449.99 as having stock again in May this year.

Meanwhile the version with no disc tray, priced at £359.99, is listed as being available again this month.

It does not say when in April that will be, but with just 10 days left of the month it means gamers could be getting one very soon.

However, any gamers wanting one should be wary of checking the sites regularly.

According to TheSun, the best time to be looking at websites for stock is between 7am and 9am along with Noon as this is a common re-stocking time for retailers.

The PS5 has largely been sold out since it launched in November 2020.

However, PlayStation boss Jim Ryan said he believes it will be much easier to get one from July onwards.

Earlier this year, DailyStar revealed how nostalgic gamers are snapping up consoles like the PlayStation 2 as the latest PS5 machine wows fans across the globe.

The enthusiasm for all things Sony is high as the latest console rides high with amazed fans, with a study suggesting a staggering 53% of Brits aged under 35 own the 21-year-old PS2 console.

A Reto Tech Report by Money.co.uk also found the original 1994 PlayStation was even more popular than its successor, with 60% of under 35s having owned the iconic console at some point in their lives.