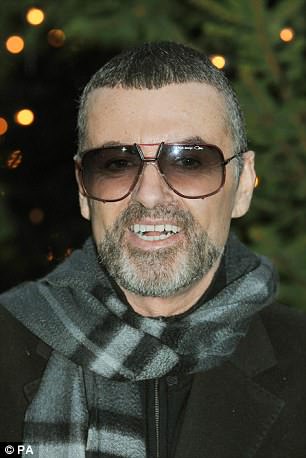 A UK-based medical professional was allegedly paid £150,000 by a Swiss clinic for referring George Michael to the practice two years ago

Psychiatrists have been receiving large kickbacks from private clinics as a reward for referring wealthy patients suffering from addictions, an exposé found yesterday.

A UK-based medical professional was allegedly paid £150,000 by a Swiss clinic for referring George Michael to the practice two years ago.

The Kusnacht clinic, which charges between £60,000 and £90,000 a week for rehabilitation, is understood to have billed the late singer £1.5million after he sought help in his final years.

The payments, which are prohibited under General Medical Council (GMC) rules, are blamed for increasing the cost of private care at a time when NHS treatment is under pressure.

Undercover reporters filmed one psychiatrist admitting that he had been paid a huge sum – estimated to be £50,000 – for referring a female patient.

Dr Bhaskar Punukollu, a psychiatrist who specialises in drug and alcohol addiction at the private Nightingale Hospital in central London, told The Sunday Times he had been paid referral fees on many occasions to pass on his patients to Life Works.

The addiction rehabilitation clinic is owned by The Priory Group, which is famed for treating celebrities such as Kate Moss, Robbie Williams and Eric Clapton.

Other British-based doctors are also said to have been paid one-off fees of £19,000 by the Kusnacht clinic for referring rich patients.

GMC guidelines warn doctors they should not accept payments that might influence their decision on whether to refer a patient, and where they should be sent.

Clinics and doctors are also barred from making referral payments under a 2015 order by the Competition and Markets Authority. Sarah Wollaston, the Tory chairman of the health select committee, urged the GMC to take action.

‘These payments should not be offered or accepted,’ she said.

‘There is a case for the GMC to set up a register of interests, like the register of MPs’ interests, so that payments from industry to doctors can be visible to the public.’

Charlie Massey, the GMC chief executive, said: ‘These are serious allegations. Patients must be able to trust their doctor.’

The clinics provide residential treatment for patients suffering from a range of addictions including alcohol, drugs and gambling, as well as depression and eating disorders.

They are able to offer incentives for referrals as they make huge sums of money from patients who are not told about the payments.

Dr Punukollu, 41, allegedly said: ‘Believe me, I loved it. I used to send quite a few people to Life Works and they’d pay me £80 or £90 a day, which worked very well because we didn’t have to see the patients.’

Last week his lawyer said the doctor firmly believed that his referrals were all made ‘in the patients’ best interests and in accordance with the relevant regulations and normal practice at that time’.

Dr Marios Pierides, a London-based psychiatrist, admitted receiving referral fees from the Kusnacht clinic and said he would repay £76,000 to the clinic.

The money would then be passed on to the patients he had referred, he added.

The Priory Group said it did not pay referral fees to doctors and the Kusnacht clinic said it had always complied with applicable law.