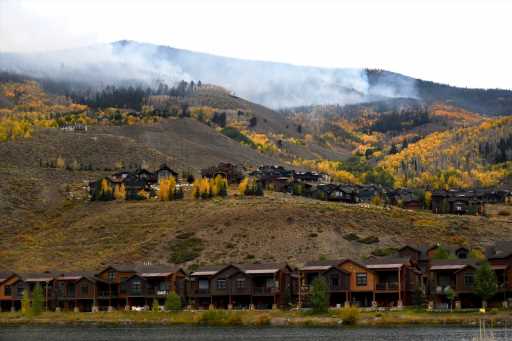 Firefighters battling the Ptarmigan Fire northeast of Silverthorne established fire containment lines on Thursday as evacuated residents were allowed back into their homes, fire officials said.

About 155 firefighting personnel worked on the fire in the air and on the ground Thursday. The fire, which sparked on Monday, has burned 85 acres through heavily mixed forest, including dead and downed trees, in steep terrain.

Structure-protection crews continued to patrol neighborhoods on Thursday. The cause of the fire remains under investigation.

Thunderstorms and overnight snow showers are expected in the fire area over the weekend, with low temperatures below freezing, according to the National Weather Service.