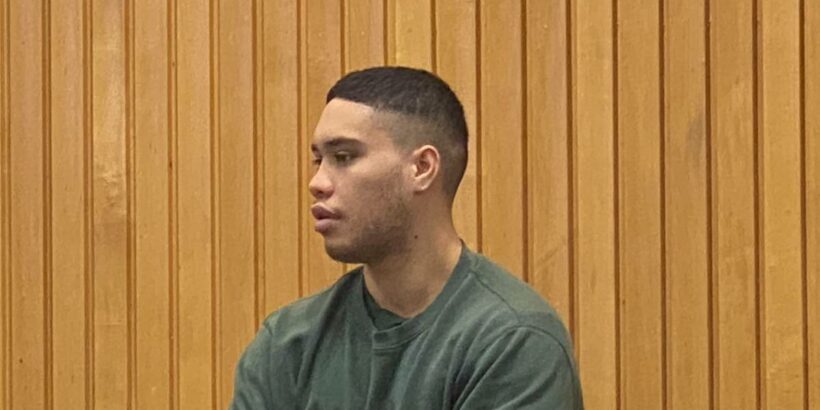 The victim of a “creepy” stalking incident who was followed while running through a Rotorua track says she feels “angry” and “exhausted” by the justice system after a delay in her perpetrator being held to account.

Rongopai Pene, 21, appeared in the Rotorua District Court yesterday for what was supposed to be his sentencing after previously pleaded guilty to four charges.

The charges include accosting a woman on a walking track on September 21 knowing his conduct was likely reasonably to frighten the woman and three counts of burglary.

On September 21 last year, Pene repeatedly followed the woman while she ran through Puarenga Park. She tried to get away from him and eventually scrambled through bushes to make a break on to Te Ngae Rd where she ran to safety at Sudima Hotel, despite Pene still following her.

Pene was arrested eight days later but it took several court appearances before he entered guilty pleas as there were delays in assessments being done to establish whether Pene was mentally fit to plead to the charges.

When Pene pleaded guilty in December, Judge Phillip Cooper noted the time delays in getting to that point and said he didn’t want any further delays when it came to sentencing.

However, he wanted a further psychiatric report done on Pene to ascertain if he was at risk of further sexual offending and he purposely put the sentencing off until later in February so there wouldn’t be any hold-ups with summer holidays.

When Pene appeared before Judge Maree MacKenzie yesterday, the judge was given a letter which said the report hadn’t been done.

The victim, who was supported by Victim Support in the public gallery, swore and burst into tears.

Judge Mackenzie told the woman she was deeply sorry and described it as “suboptimal”.

She said there were “information gaps” in the letter explaining why the report hadn’t been done and she ordered that a better explanation be given.

“You can rest assured the courts takes this seriously and takes your situation seriously,” Judge Mackenzie told the woman.

“It is a creepy incident and there is no doubt about that. Obviously we want to try and make sure there are not future victims. I can see this has had a significant effect on you.

“No woman should have to put up with what Mr Pene did to you. He stalked you with a sexual intention … He will feel the force of the law when he is sentenced in respect of that.”

A next sentencing date wasn’t available until April but Judge Mackenzie said that wasn’t soon enough so has asked it be put on her sentencing list on Friday March 12 to ensure it’s dealt with sooner.

“I expect the report to be available and there will not be any further adjournments.

“Forensic services needs to expedite this … People should not be further traumatised because somehow something’s gone wrong in the system.”

Outside the courthouse, the victim told the Rotorua Daily Post she was “really angry at the system for not doing its job”.

“I find it frustrating that no one has communicated anything to anyone. The left hand doesn’t talk to the right hand.”

The woman said she had to keep taking time off work to come to court and was missing vital work commitments. She was also not sleeping and eating properly in the days leading up to each court date and had hoped it would be over yesterday.

“I just want an outcome so I can move on. Instead, I’m exhausted.”