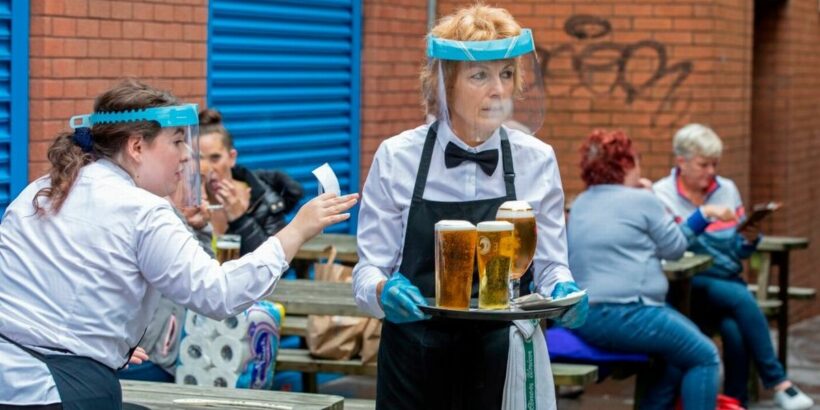 Pub bosses reportedly stormed out of a Government meeting when they were accused of leaking plans on ending lockdown restrictions.

Landlords have stopped speaking with officials at the Business Department due to rising tensions, according to The Sun.

Some pub bosses now want their establishments to fully open at the same time as non-essential shops – which may open their doors in mid-April.

An earlier report suggested that boozers would only be able to offer outdoor pints that month.

Greg Mulholland, of the Campaign for Pubs, said: “Outdoor-only opening is simply not profitable for thousands of pubs, indeed most pubs, and Government support must continue until pubs can open profitably, without rules and restrictions that make that impossible.

“What we now need is certainty over when pubs can reopen indoors with household mixing and no curfew or restriction on dining.”

The British Beer & Pub Association (BBPA) also warned that many boozers do not have a big enough garden or outdoor space to be able to open.

The body believes this could affect 29,000 pubs.

Other entertainment venues and sports facilities will follow suit in early May, it is claimed.

The plans, which were obtained by Sky News and have not yet been signed off by No 10, were dismissed as “speculation” by a Downing Street spokeswoman.

Boris Johnson will unveil his roadmap out of lockdown on Monday, February 22.

The Prime Minister earlier said: “It will be based firmly on a cautious and prudent approach to coming out of lockdown in such a way as to be irreversible.

"You have to remember from last year that we opened up hospitality fully (it) was one of the last things that we did because there is obviously an extra risk of transmission from hospitality.

"But we'll be setting it all out on Monday and I know there's there's a lot of understandable speculation in the papers.

"I would just advise everybody just wait, you know, we'll try and save as much as we can.”