BRATISLAVA (Reuters) – A year after the murder of an investigative journalist blew apart Slovakia’s politics, a lawyer and anti-corruption campaigner has suddenly surged into the lead to become president on a wave of popular fury at graft. 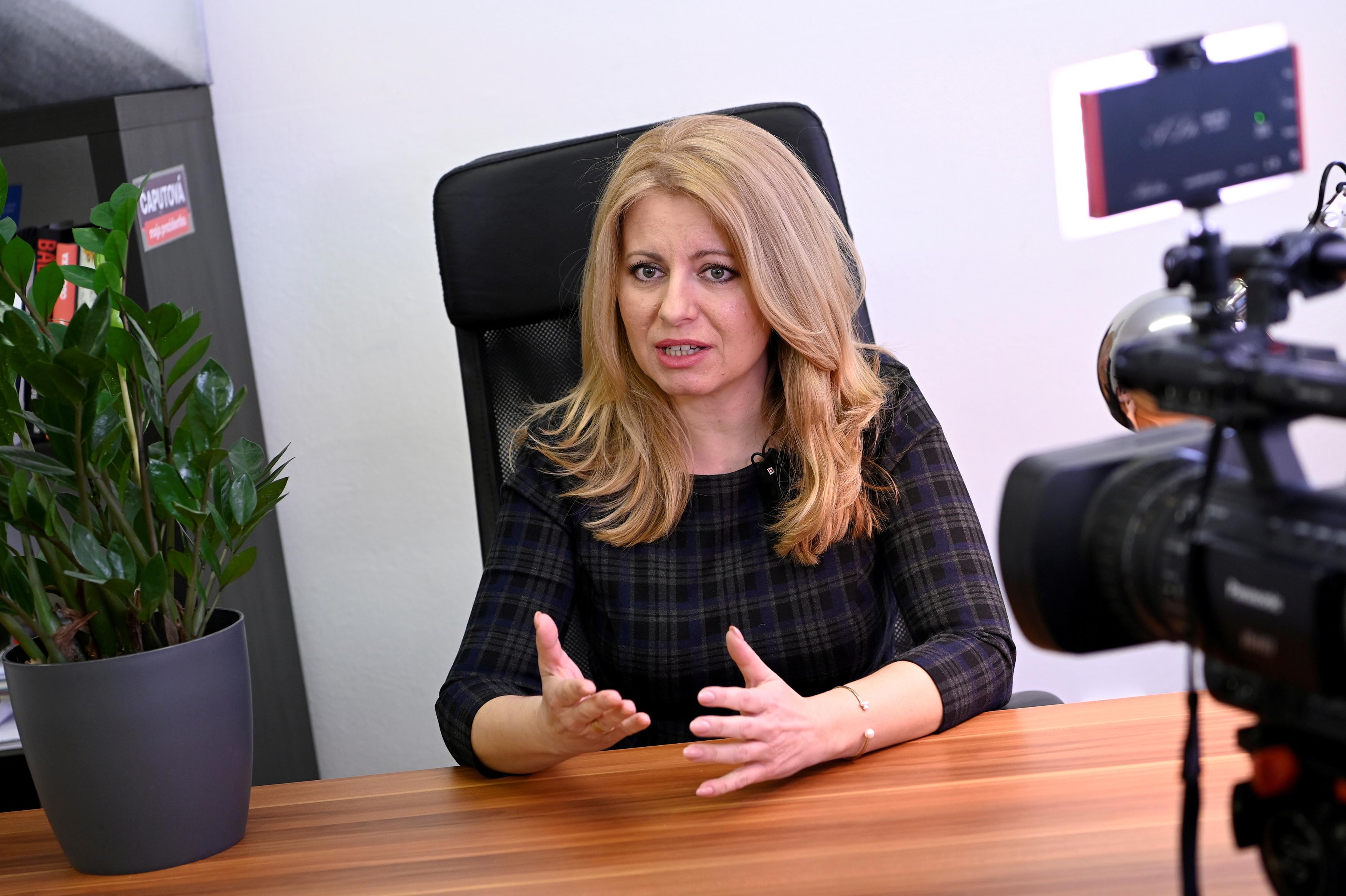 Zuzana Caputova, 45, was given the nickname “Slovakia’s Erin Brockovich” by fellow lawyers for leading a grueling fight against an illegal landfill in her hometown, with echoes of the plot of a film that won Julia Roberts an Oscar.

A political novice, she leapt suddenly last week into a firm first place in the presidential polls, after another opposition candidate withdrew and backed her. She now has more than 50 percent support with just 10 days left before the vote.

Her message has resonated with voters who have turned against the ruling Smer party, which has dominated the country politically as the biggest group in parliament since 2006.

The election will be the first since Smer leader Robert Fico, prime minister for 10 of the previous 12 years, was forced to step down as premier after mass demonstrations that followed the murder of investigative journalist Jan Kuciak.

Kuciak, who was looking into fraud cases involving politically-connected businessmen, was shot at home with his fiancee. Four people have been charged but the authorities have not explained the motive behind the killings. The protests that followed were the biggest against the government in Slovakia’s three-decade post-communist history.

Although the president does not wield day-to-day political power, the job could prove pivotal in rooting out corruption, since the president has veto power over the appointments of senior prosecutors and judges.

Her victory would almost certainly dash Fico’s hope of retiring from politics into a seat on the constitutional court.

“Slovakia shows signs of state capture: power is not carried out by those elected but by those pulling the strings from behind,” Caputova said. “We have a problem with corruption, like other European countries, and with making those responsible accountable. But I see hope in people who take action, who protest and call for change.”

While Slovakia has been among the fastest growing economies in the European Union, it ranks 57th out of 180 countries in Transparency International’s Corruption Perception Index, behind neighbors Poland and the Czech Republic but ahead of Hungary.

Caputova made her name with a 14-year fight against an illegal waste dump in Pezinok, near an older landfill that leaked toxic chemicals and led to incidence of one particular cancer being eight times higher than the national average.

In 2017, she was part of a campaign that led Slovakia’s parliament to cancel amnesties granted by former prime minister Vladimir Meciar to his secret service chief and others over the 1995 kidnapping of then-president Michal Kovac’s son.

The pardons were seen by many Slovaks as an attempt to ensure that state-sponsored crime would go unpunished. Meciar has denied responsibility for the kidnapping.

Caputova, a divorced mother of two, has spoken out against calls to ban abortion and supported adoptions for gay couples, alienating some voters in the socially conservative country.

But a survey by AKO agency on March 1, the last before a two-week pre-election moratorium on polls, put Caputova’s support at 52.9 percent, well ahead of Maros Sefcovic, a career diplomat and European Commission vice president backed by Smer. 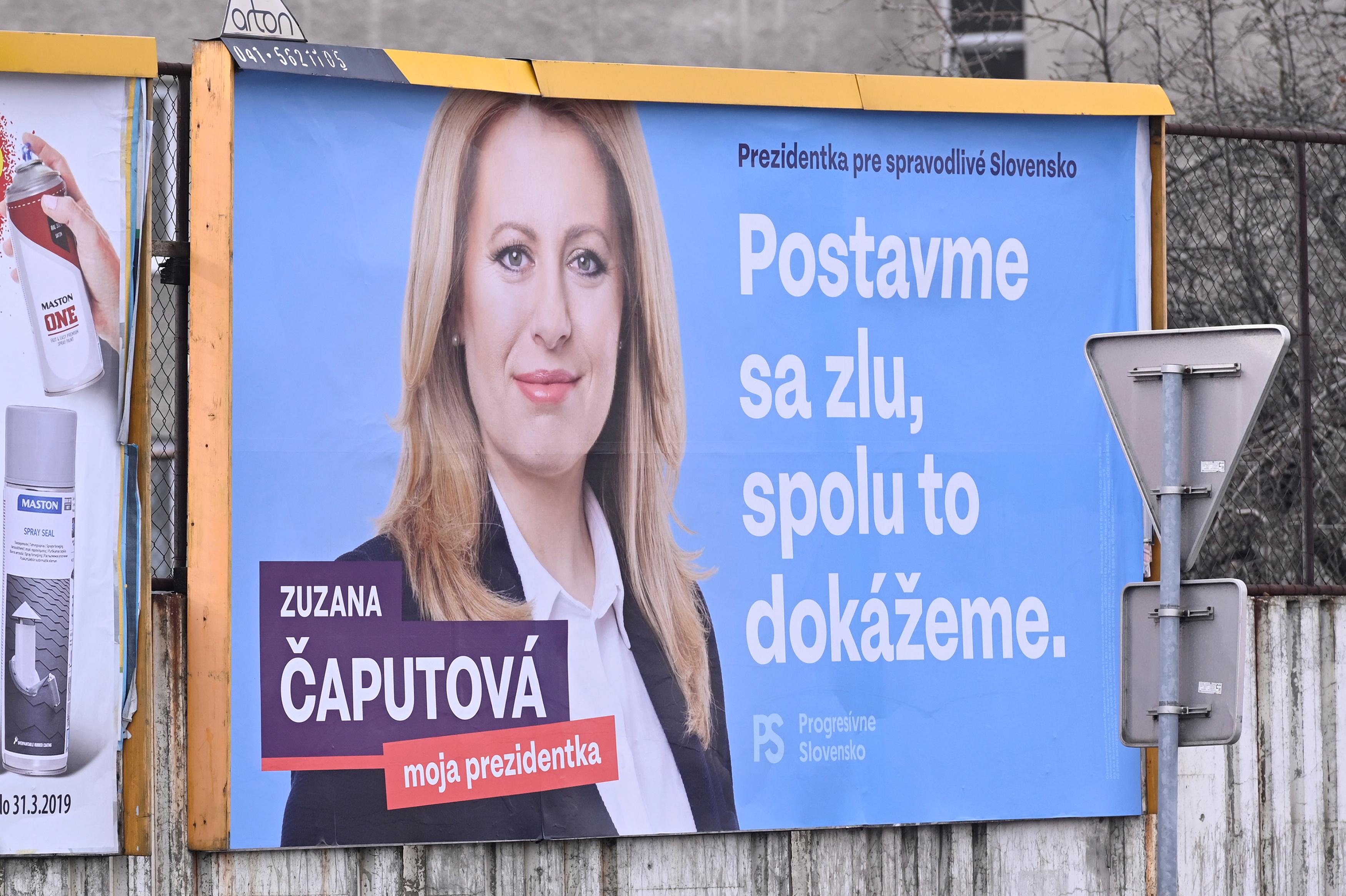 If no candidate gets the votes of more than 50 percent of all eligible voters, the two top candidates face each other in a run-off two weeks later.

Outgoing President Andrej Kiska defeated Fico in a run-off in the last presidential vote in 2014 but is not running again and backs Caputova.

“Voters are tired of the long rule by the Smer party,” political analyst Marian Lesko told Reuters. “The question of the day is do you want more of the same or change?”