The ‘gilded staircase’ of public sector pay where officials are handed ever-growing salaries was condemned by a senior MP yesterday.

Meg Hillier, who chairs the Commons public accounts committee, said it was worrying how much public money went to fat cats.

In her annual report, the Labour MP highlighted the issue of head teachers at academy schools being paid more than the Prime Minister. 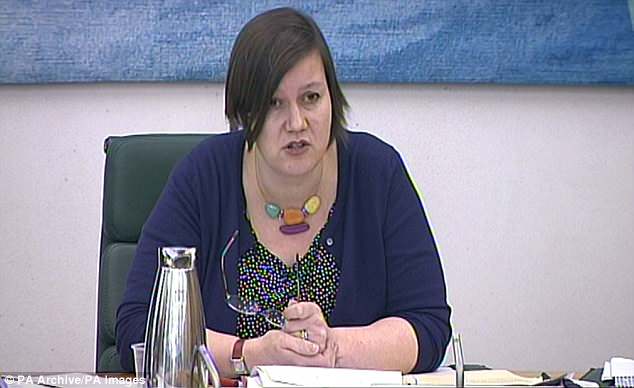 ‘We see a worrying trend in pay escalation in some sectors – a gilded staircase where pay keeps going up because the senior people in the sector convince themselves they are worth more,’ she said.

‘The recent examples are vice-chancellors of universities and senior staff in the academy sector.

‘Academies were set up to have certain freedoms but overly high salaries paid by taxpayers should be called out. It is particularly galling, when many schools are losing staff, that some individuals are being paid well beyond what most people would consider to be reasonable.’

She wrote: ‘It made £1.76million of unauthorised payments to staff at enhanced terms. This is money that cannot be recovered.’

Miss Hillier also warned against ‘selling off the taxpayers’ silver’. She wrote: ‘We are seeing a worrying trend of assets being sold for a short term capital gain at the expense of lost future income and, critically, a loss of control of a taxpayer owned asset.’

‘The sell-off of court buildings are part of plans to reduce the need for physical appearances in court, and part of the Ministry of Justice’s wider reforms and efforts to make savings. But these buildings were built for a specific purpose and once gone would be costly to rebuild.’