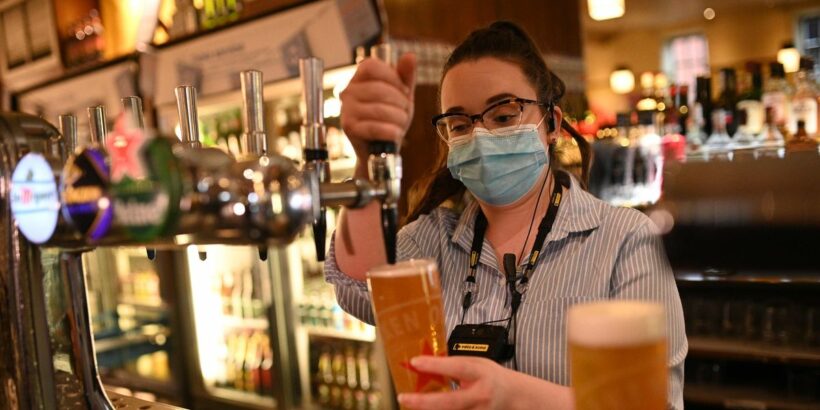 Pubs and restaurants could re-open in May under a new three-step lockdown programme, reports suggest.

The Prime Minister confirmed there will be a "phased" route out of lockdown, which the Government hopes will begin in March with the re-opening of schools.

Ministers are reportedly drawing up plans for the second phase that would enable non-essential shops to reopen in April, the Telegraph claims.

Stage three in the "gradual" approach is likely to be the opening of pubs, restaurants and bars, which have been closed since before Christmas in London and the South East.

Boris Johnson said he is able to start thinking about lifting the lockdown due to the enormous vaccine effort, falling Covid cases and deaths and the drop in pressure on the NHS.

Speaking to ministers in the House of Commons, Mr Johnson said: "I can tell the House that when parliament returns from recess on the week beginning February 22, we intend to set out the results of that review and publish our plan for taking the country out of lockdown."

He added that the plan will depend on the "capacity of the NHS" and the "continued success of the vaccination programme." The Prime Minister’s announcement came just days after he apologised for the 100,000 lives lost in the Covid pandemic, a figure no other European country has reached.

Addressing the UK, he said it was "hard to compute sorrow" in that "grim statistic" and commented on the "years of life lost, the family gatherings not attended," and the “chance to say goodbye" to sick loved ones.

He told the nation: "I'm sorry to have to tell you that today the number of deaths recorded from Covid in the UK has passed 100,000

"It's hard to compute the sorrow contained in that grim statistic. The years of life lost, the family gatherings not attended, and for so many relatives the lost chance to say goodbye."

Professor Chris Whitty, England's Chief Medical Officer, went on to make the grim warning that there were still "an incredibly high number" of people in hospital with Covid and was "substantially over the peak in April."

That sadly meant, he warned, that the number of deaths across the UK was currently "flattening out, but at a very high level."