A schoolboy who attacked a 13-year-old pupil left him needing hospital treatment and looking ‘as if he had been in a boxing match’ according to the victim’s mother.

Tee-Jay Bowman suffered a black eye and bruises to his face and back following last week’s incident at Ormiston Horizon Academy, in Stoke-on-Trent, Staffordshire.

The youngster who inflicted his injuries was permanently excluded but Tee-Jay’s mother, Theresa Turner, says staff have failed to tackle a bullying spanning years. 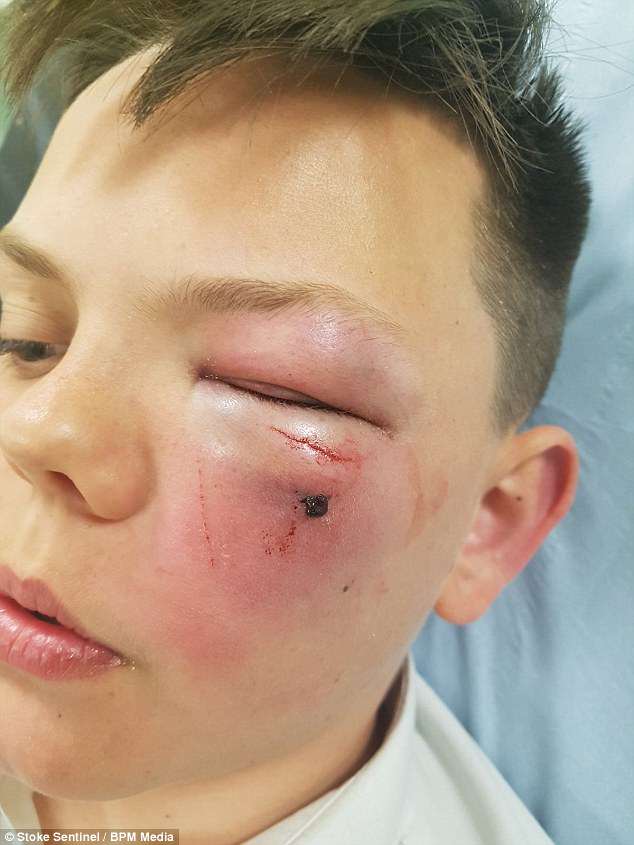 The 13-year-old was left with brusing to his face and back after he was attacked from behind, knocked to the floor and stamped on at school

‘He cannot remember exactly what happened on the day of the last attack,’ she said.

‘All he remembers is being hit from behind and stamped on after he was knocked to the ground.

‘I had a phone call to say Tee-Jay had been assaulted in school and that they had phoned for the police and an ambulance.

‘When I got to the school all I wanted to do was get to my son because I was furious. He was in the medical room with four other teachers.

‘He had a black eye which was swollen. It looked as if he had been in a boxing match. The ambulance arrived and he was taken to Royal Stoke.’ 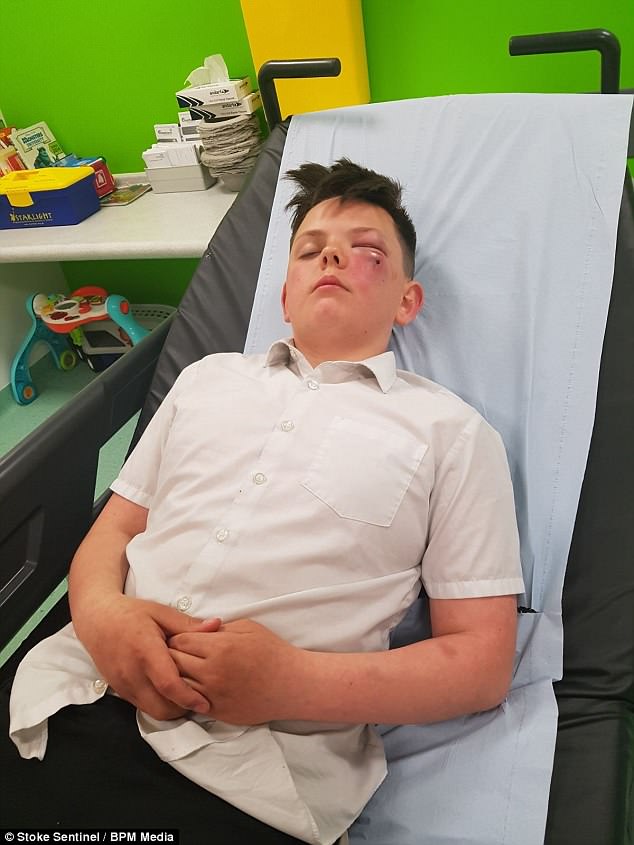 She said the day before the attack, a bully also hit him with a bin, which Tee-Jay managed to block after learning to defend himself at karate class.

Theresa arranged a meeting with the headteacher and head of year last Wednesday, a day after this latest incident.

‘I told the school it has a problem with bullying and the head told me that was my opinion.

‘I wrote a massive piece on Facebook about it and I included photos of Tee-Jay’s injuries. It has had over 1,000 shares and I’ve had other parents of children from the same school saying similar things.

‘It’s disgusting. You don’t expect your son to go to school and end up in an ambulance. I want the police to punish this individual, so it doesn’t happen to any other child.’ 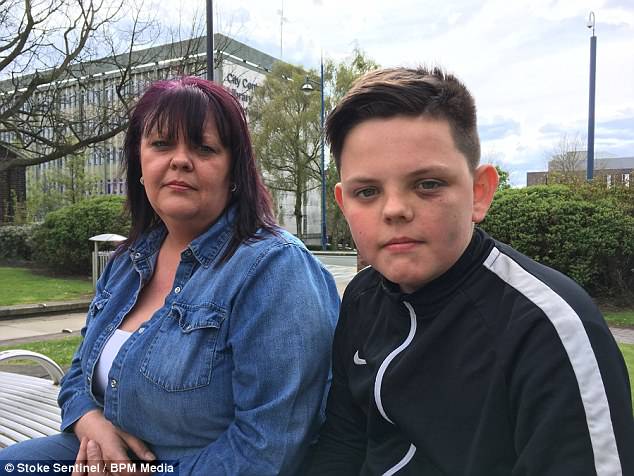 Tee-Jay has not been to school since the attack and says he feels ‘let down by the school’.

‘I have been bullied for nearly three years and there has been no focus on it,’ he said.

‘I have shown my feelings and spoken to them about it but sometimes I don’t think they listen.

‘I’ve told the headteacher that I don’t feel safe in that building. I’m hoping to start next year at a different school.’

Staffordshire Police have confirmed an investigation is ongoing into the April 24 incident.

A police spokesman said: ‘We were called to reports of an assault at Ormiston Horizon Academy, in Turnhurst Road. A 13-year-old boy was taken to hospital with facial injuries. Our investigation is ongoing.’

An academy spokesman said: ‘We are proud of the high standards of behaviour and discipline at our academy and are committed to creating a safe, inclusive environment in which our students can thrive.

‘We take aggressive behaviour and bullying extremely seriously and have codes of conduct for our students. 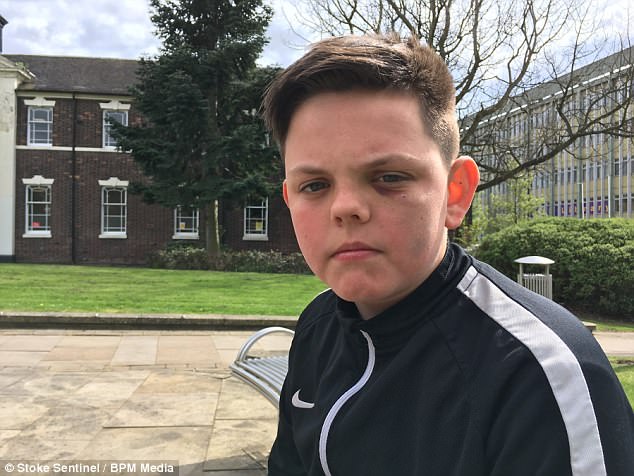 ‘The vast majority adhere to these and are well-behaved. In our recent Ofsted inspection, behaviour at the academy was judged as “good”, with inspectors praising how the academy deals with bullying “swiftly and effectively”.

‘This incident has been fully investigated and dealt with, in line with our behaviour policy. We have also met with the student and his family to address any concerns they might have.

‘At the academy, we have staff in place to nurture and support all students and manage relationships successfully and we will continue to work with students to ensure that they have the support they need.’

Theresa has welcomed the permanent exclusion of the other boy. She and her son have given statements to police.

Anyone with any information about Tee-Jay’s attack should call the police on 101.