One of the founding members of Russian protest band Pussy Riot has been rushed to hospital with suspected poisoning.

Reports from Moscow claim Pyotr Verzilov, who stormed the World Cup Final pitch, is currently fighting for his life.

The star’s friends and family believe he may have been poisoned. 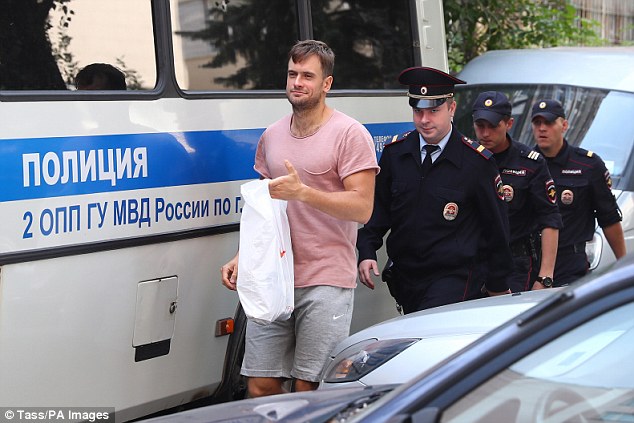 Pyotr Verzilov of Pussy Riot, pictured here following his arrest for invading the pitch during the World Cup final between France and Croatia is fighting for his life having been poisoned, his friends and family claim 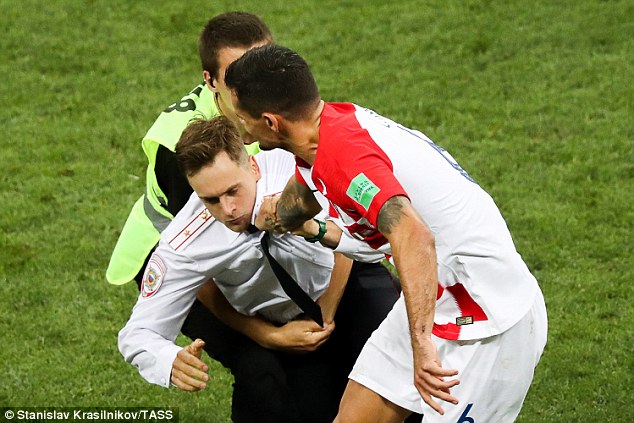 Verzilov, pictured, was jailed for 15 days after invading the pitch during the World Cup Final 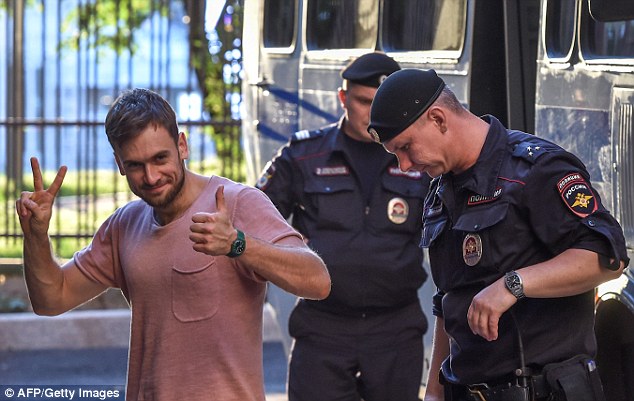 Local website Medusa claimed he complained to his girlfriend that he was losing his sight and then losing power in his limbs before being rushed to hospital.

He is currently being treated in the toxicology wing of the Bakhrushin City Clinical Hospital in Moscow.

His girlfriend Veronika Nikulshina, told the website that her boyfriend started feeling unwell following a court case on Tuesday.

‘When the paramedics arrived, he answered all their questions, saying, “No, I didn’t eat anything. No, I didn’t take anything.” He was getting worse even faster, and then he started convulsing. On the way [to the hospital], in the ambulance, he was already babbling. […] He fell into such a half-asleep, half-unconscious state that he stopped responding to me and didn’t even recognise me anymore.’

Ms Nikulshina said hospital authorities are refusing to give her information about his condition as they were not married. 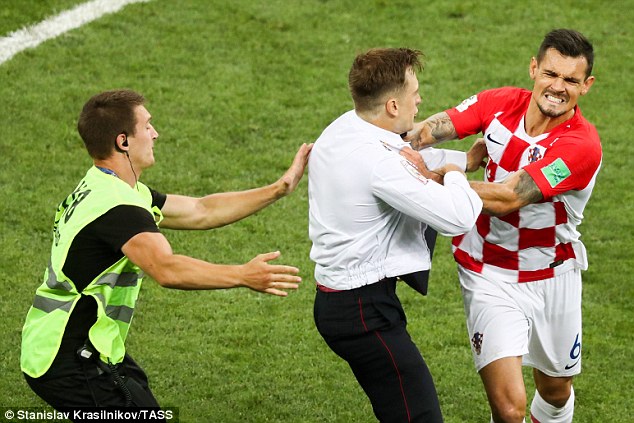 They also refused to pass information to his mother as he had not signed a consent form as he was unconscious.

Verzilov was one of four members of Russia’s Pussy Riot protest group jailed for 15 days for staging a pitch invasion during the soccer World Cup final.

The members of the group face new charges of staging a public event without having prior permission, an offence that carries a jail sentence of up to 10 days or a fine of up to 30,000 roubles ($481.21), Russian news agencies reported.

The activists briefly interrupted the soccer World Cup final on July 15 when they ran onto the pitch in police uniforms.

Their intrusion onto the pitch in Moscow’s main stadium in front of President Vladimir Putin and other high-ranking officials marked a rare security breach in the weeks-long soccer tournament hosted by Russia.

The group said the stunt, which held up the game only briefly, was meant to promote freedom of speech and condemn policies of FIFA, soccer’s global governing body.

The four pitch invaders were jailed for 15 days for the stunt and were banned from sporting events for three years.

Tournament organisers said the stewards who failed to stop the intrusion would face disciplinary action.