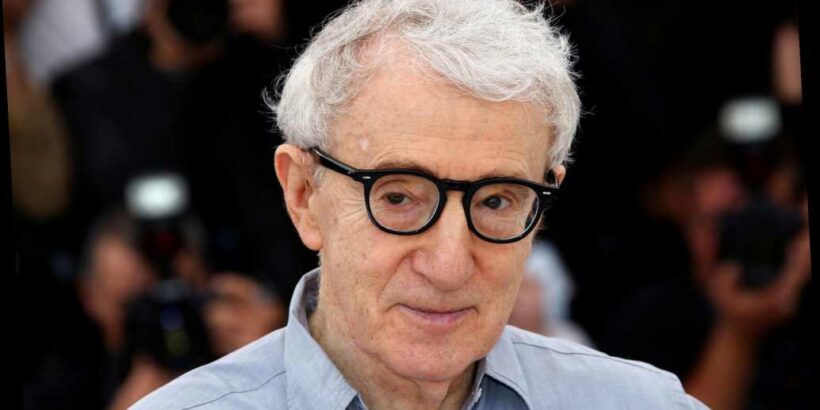 Bruce Springsteen sells out with pablum

Oh, Alec Baldwin, you must know more than you're letting on

In Part 1 of HBO’s sizzling new docuseries, “Allen v. Farrow,’’ the actress, appearing as prim and uptight as the state of Connecticut, recounts, yet again, how she was emotionally mutilated by the filmmaker Woody Allen, who dumped her for one grown daughter and then, she claims, proceeded to molest her other, prepubescent girl child.

It’s a riveting, yet strangely antiseptic, performance by an actress who’s made her life’s work exacting revenge from the man who done her wrong.

Trouble is, it seems to me that not a word of it, with the possible exceptions of “and’’ and “but,’’ is true.

And, once again, Mia’s scorched-earth revenge fantasy has claimed an innocent victim — her daughter, Dylan, who was allegedly brutalized by Woody when she was 7 years old. As she has done for decades, Mia is exploiting Dylan, now 35, maiming her mentally, throwing her under the Woody bus in a twisted effort to destroy the life, reputation and career of her former paramour.

Why did the filmmakers encourage her so cynically? Perhaps because this hideousness makes for a better story than the one that really happened.

While watching Part 1, released on Sunday, it is helpful to compare Mia’s current tale of betrayal and endless dining in buzzy restaurants to the one she testified to in a New York City courtroom in 1993, as Woody sued her for custody of the three children they share.

A pivotal point in the episode comes as Mia recounts finding Polaroid photos of Soon-Yi in Woody’s apartment, across Central Park from her own. In the shots, Soon-yi is naked.

According to Mia’s revisionist history of the event, Soon-Yi, now 50, is not merely in the buff, but the subject of hard-core “pornography’’ — straight out of “Hustler.’’

The discovery of the kinky skin trove prompted Mia to hurry back to her apartment, shaking, she now says, to face her daughter.

When Mia, now 76, testified in court some 18 years ago, no one was crying. Instead, Mia testified, after she confronted Soon-Yi about the merely “nude’’ pictures, her daughter taunted her mother.

“The person who is sleeping with [Woody] is the one with the relationship,’’ Mia bitterly remembered Soon-Yi saying. And then, Mia admitted on the stand that she punched and pummeled the young woman.

In addition to this ugly — but honest — display of anger, I saw an exhibit in the courtroom that had me questioning Mia’s sanity. It was a photograph of Mia with her gigantic brood of biological and adopted children. Mia had plunged metal stakes into each person’s chest to show Woody how his actions with Soon-Yi had broken their hearts.

There were other televised deviations from the story she had spun.

Mia says in the documentary that a therapist, around 1990, rendered the opinion that Woody acted “inappropriately,” but not sexually, toward Dylan around 1990, when Mia was still with him. She mentions this to explain why she stayed with Woody, and had a child with him.

But the probable truth is far simpler — that no child-molestation occurred. Not, as Mia claimed, in her house in Connecticut. Not anywhere. (Woody has steadfastly denied it ever happened.)

Mia won primary custody of her children, but she was never proven totally in the right.

The fact remains that, no matter how much Mia and her supporters want the abuse to be true, New York state authorities said they could not prove the allegations and Connecticut child-abuse experts concluded that Mia may have “coached’’ Dylan to lie about it. Mia’s adopted son, Moses, 43, also has long maintained that his mother “brainwashed’’ Dylan into believing it.

Woody and Soon-Yi have been married since 1997, and have two adopted daughters. There has never been another accusation of molestation against him, before or after the one with Dylan. Experts in the field say those who attack youngsters tend to repeatedly commit these crimes.

The sad part is that Dylan Farrow seems to believe she was Woody’s prey. She may never recover from these seemingly false memories.

For that, the filmmakers, and Mia Farrow, should be ashamed.