Putin fires hypersonic missile at Ukraine: Russia steps up war of attrition with another strike on west of country with 9,000mph missile as Kyiv claims invaders have suffered 15,000 casualties

Russia unleashed its ‘unstoppable’ Kinzhal hypersonic missiles for the first time in Ukraine, the defence ministry said today, destroying a weapons storage site in the country’s west on Friday.

Russia has never before admitted using the high-precision weapon in combat, and state news agency RIA Novosti said it was the first use of the Kinzhal hypersonic weapons during the conflict in pro-Western Ukraine.

Moscow claims the ‘Kinzhal’- or Dagger – is ‘unstoppable’ by current Western weapons. The missile, which has a range of 1,250 miles, is nuclear capable. This was a conventional strike.

Russia first used the weapon during its military campaign in Syria in 2016 to support the Assad regime. Some of the most intense bombing came in 2016 during the battle for Aleppo, resulting in hundreds of civilian deaths.

Russian President Vladimir Putin has termed the missile ‘an ideal weapon’ that flies at 10 times the speed of sound and can overcome air-defence systems.

Deliatyn, a village in the foothills of the picturesque Carpathian mountains, is located outside the city of Ivano-Frankivsk. The region of Ivano-Frankivsk shares a 30-mile long border with NATO member Romania.

The strike comes as Ukraine’s forces continue to put up a fierce resistance against Putin’s invading armies, which have been forced to resort to seemingly indiscriminate artillery strikes on population centres.

Moscow’s troops have been stalled for days. Kyiv has claimed the invaders have suffered almost 15,000 casualties.

American sources estimate the number is lower, saying that 7,000 Russian troops have died so far in the fighting, including four major generals and a number of other senior officers.

Reports on Saturday said that a fifth general had been killed.

This is a breaking news story. More to follow… 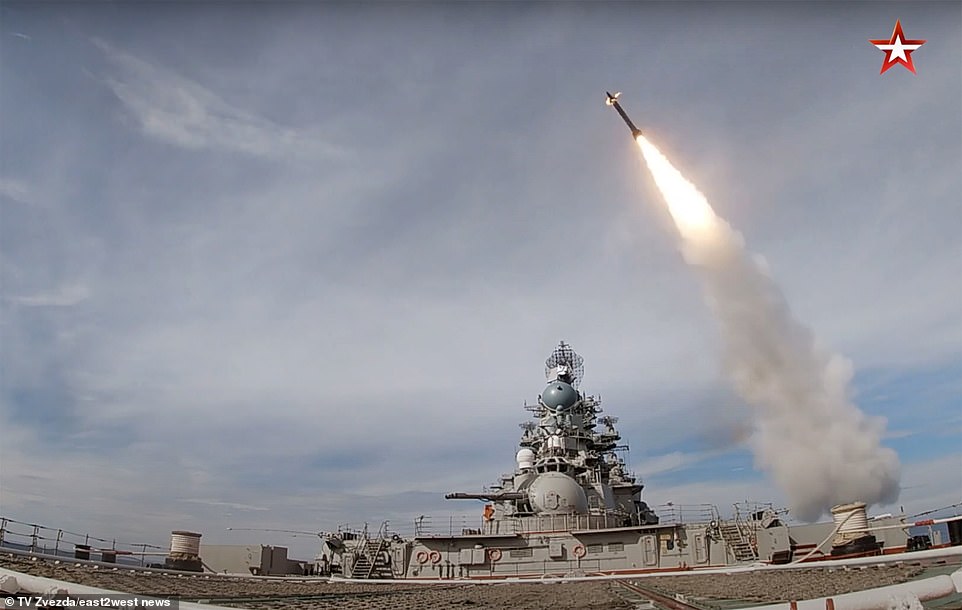 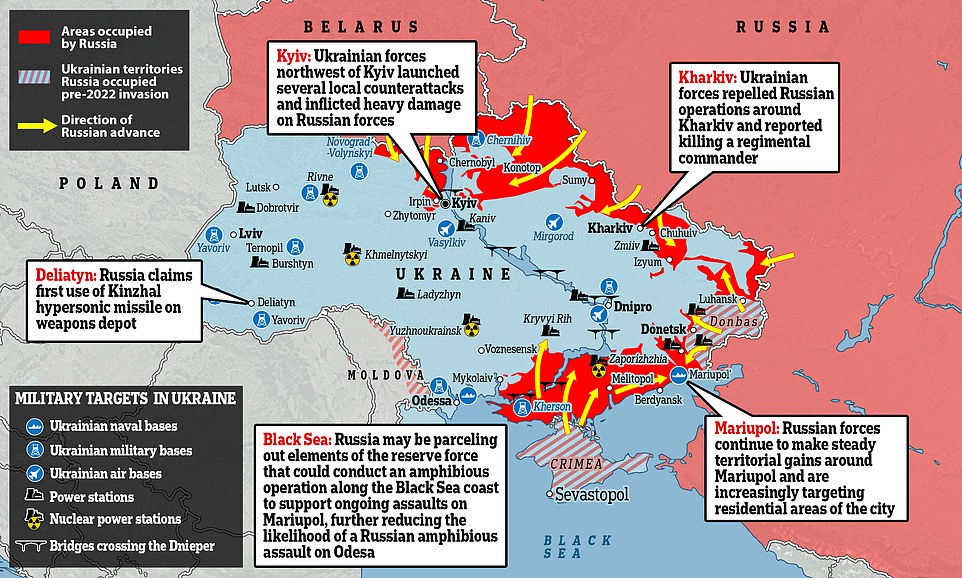 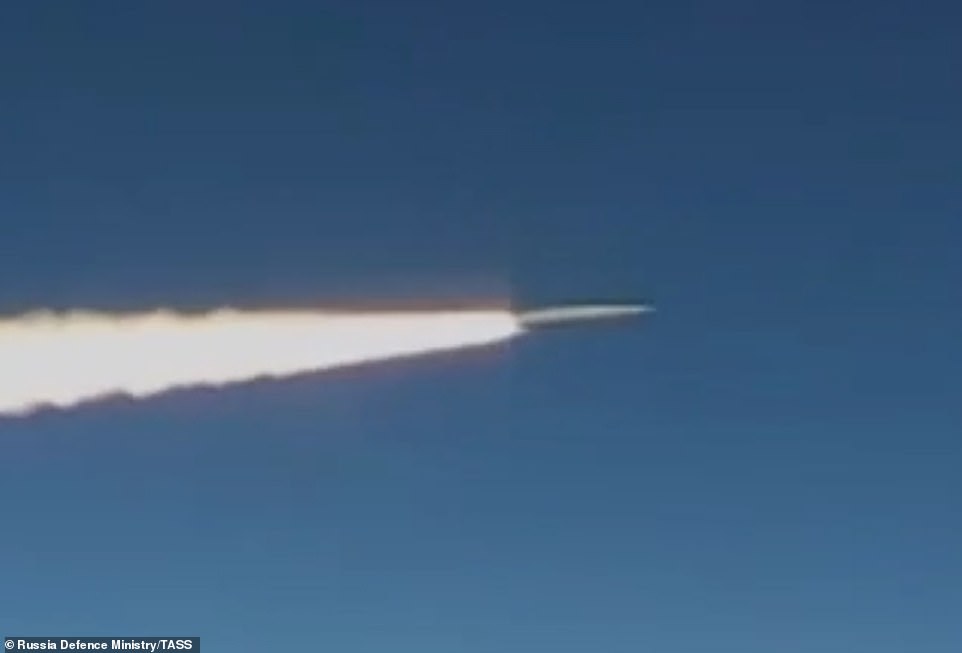 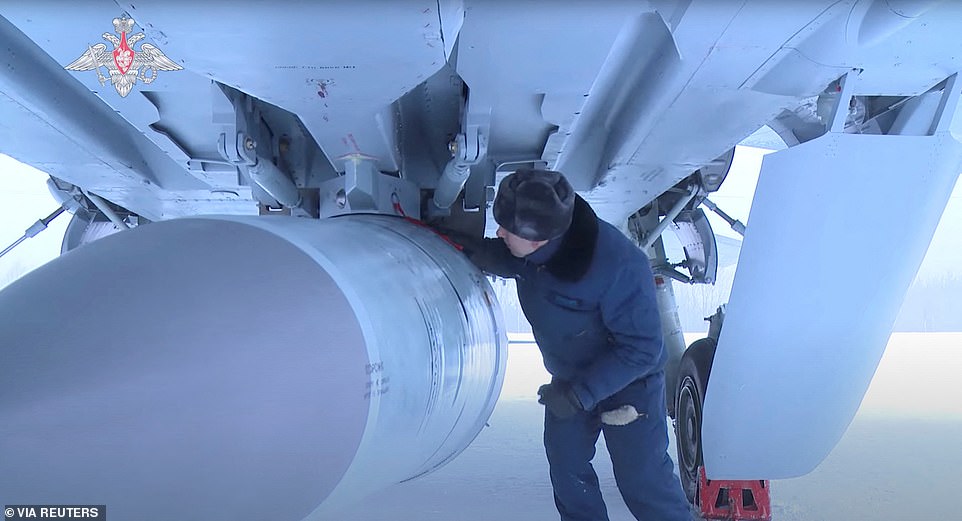 An airman checks a Russian Air Force MiG-31 fighter jet prior a flight with Kinzhal hypersonic missile during a drill in an unknown location in Russia, in this still image taken from video released February 19, 2022 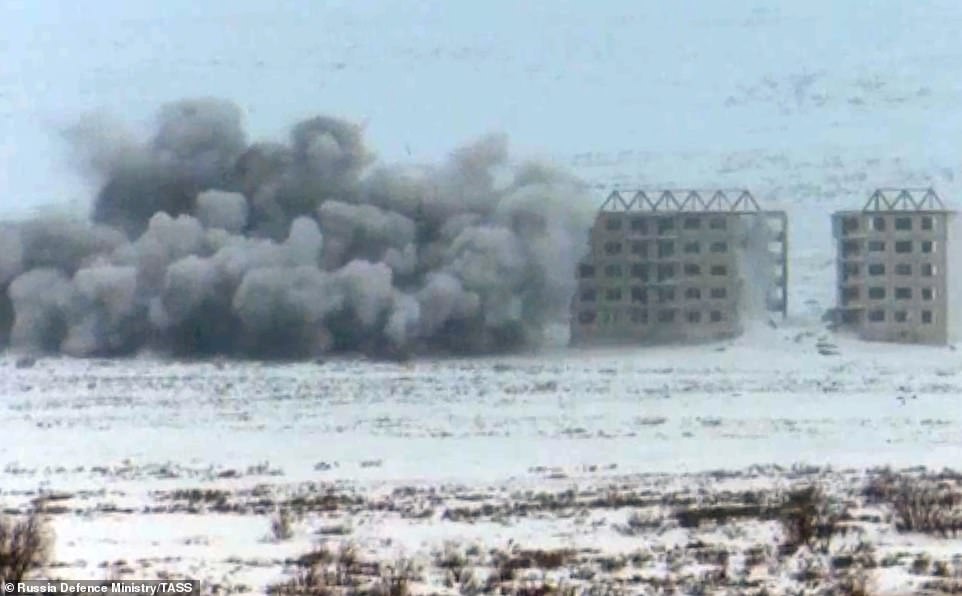 The Kinzhal missile was one of an array of new weapons Putin unveiled in his state-of-the-nation address in 2018.

In June last year Russia mounted a massive military show of strength to taunt British forces in the eastern Mediterranean. MiG-31K supersonic warplanes carrying the hypersonic Kinzhals were deployed in a drill from Putin’s airbase in Syria.

Reports in the state run media made clear the exercises were specifically timed to coincide with the British Royal Navy’s deployment of a strike group led by aircraft carrier HMS Queen Elizabeth.

In December 2021, Defence Minister Sergei Shoigu announced the appearance of a separate aviation regiment armed with MiG-31K aircraft with the Kinzhal hypersonic missile.

Earlier Putin said that the country began to create hypersonic weapons ‘in response to the US deployment of a strategic missile defence system.’

Russia’s announcement of the missile strike came as Kyiv’s army high command claimed to have killed a fifth Moscow general  since the war in Ukraine began.

Lieutenant General Andrey Mordvichev was one of Vladimir Putin’s most senior commanders, in charge of the 8th All-Military Army of the Kremlin’s vast Southern Military District.

Moscow did not initially confirm his death in keeping with most previous claims of the ‘liquidation’ of Generals.

Ukraine now claims to have killed five holding the rank of General.

‘As a result of fire on the enemy by the Armed Forces of Ukraine, the commander of the 8th All-Military Army of the Southern Military District of the Armed Forces of the Russian Federation, Lieutenant General Andrey Mordvishev was killed,’ said a statement from the army general staff in Kyiv.

The statement did not say where he was killed but other accounts claimed it was in the village of Chornobaivka, Kherson Region. This was attributed to Vadym Denysenko, advisor to the Ukrainian Internal Affairs Minister.

The Ukrainians also claimed that wounded Russian soldiers have filled all hospital facilities in Gomel city in Belarus.

‘All health institutions with surgical departments are involved in the admission and treatment of the wounded occupiers,’ said the Ukrainian general staff.

‘Surgeons are working around the clock.All scheduled operations of Belarusian citizens are either cancelled or postponed indefinitely. A high death rate is recorded among the severely wounded Russian invaders.’