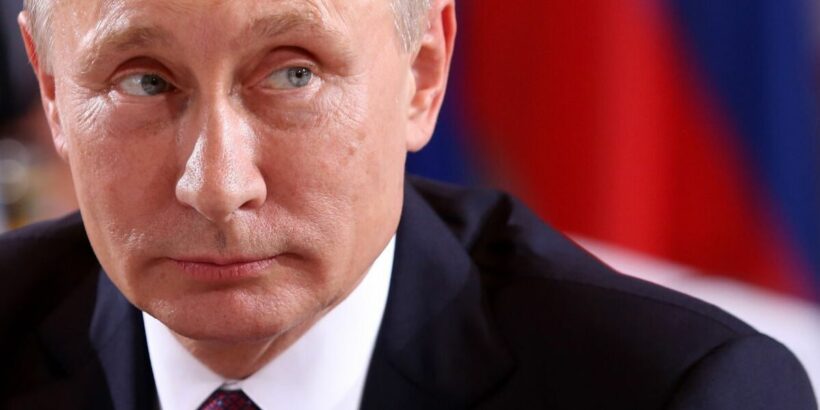 Russia: Woman is dragged off bus after criticising war in Ukraine

In November, Russia was “threatening to shoot deserting soldiers” behind the front line with Vladimir Putin thought likely to deploy “barrier units” in an echo of Stalin’s war tactics. This week Ukrainian forces accused Putin’s troops of fleeing their posts in key battles for territory.

The General Staff of the Armed Forces of Ukraine said: “Due to significant personnel losses, the Luhansk region has seen an increase in the cases of Russian soldiers leaving their combat positions.”

The operational update given on Tuesday morning added: “In order to maintain control of the situation, the Russian military leadership has increased the number of patrols to detain and return deserters to the units.”

The update was given as Ukraine are continuing their counteroffensive in the East of the country in an attempt to retake areas currently under Russian control, including Luhansk.

Luhansk, Donetsk, Zaporizhzhia and Kherson are the four Ukrainian territories which Putin officially annexed in a ceremony in September.

Following the annexation, the Russian President declared: “We will defend our land with all our strength and all our means.”

Despite this statement, Ukraine have continued to battle Russian forces to regain control of their territory.

The latest Defence Intelligence update by the British MoD said: “Over the last 48 hours, fighting has remained focused around the Bakhmut sector of Donetsk Oblast, and near Svatove in Luhansk.

“Russia continues to intiate frequent small-scale assaults in these areas, although little territory has changed hands.”

According to Serhiy Haidai, the regional governor of the Luhansk region, if Russia loses the city of Kreminna in Luhansk, “their entire line of defence will fall”.

Haidai’s Telegram post added: “The Russian occupation troops manged to build a very powerful defence in a month, even a little more.

“They are bringing there a huge amount of reserves and equipment. They are constantly renewing their forces.”

In November ahead of a major counteroffensive for Kherson, British military officials noted the “low morale” of the Russian troops.

A briefing by the MoD said: “These units threaten to shoot their own retreating soldiers in order to compel offensives and have been used in previous conflicts by Russian forces.

“The tactic of shooting deserters likely attests to the low quality, low morale and indiscipline of Russian forces.”

Such units are largely associated with the Soviet Union and were created in the Russian Civil War in an attempt to strengthen unreliable Red Army Units.

Since the beginning of the war with Ukraine in February, Russia has been plagued by defecting and deserting soldiers.

At the beginning of December, it was reported that Russian troops were discussing mass desertion of Putin’s military force, according to an intercepted call from the frontline.

In a call between a frustrated soldier and his mother which was shared by CNN, the soldier said that on the frontlines “people are leaving”.

Her son said: “Yes running away, what else? Five f** days under pouring rain, with no sleep.”

The mother became worried for her son and warned him, “that’s deserting, watch out”.

He defiantly replied: “If they don’t let us leave in December, we will go away too. You just can’t imagine, we live in a swamp.”