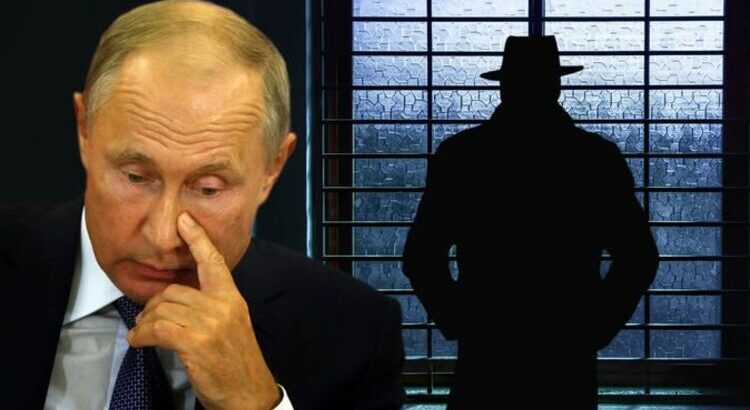 Putin 'may have Parkinson's' says former head of MI6

With the invasion of Ukraine now entering its fourth week, Putin has suffered a series of humiliating defeats at the hands of Ukrainian resistance, as well as signs of discontent from within. Such is the paranoia surrounding Putin, multiple Russian FSB spies have been placed under house arrest through fear of a coup against him. The move appeared to be a reprisal for detailed plans of Russia’s invasion being obtained and disclosed by Western intelligence agencies.

According to the leaked information, one agent has a Skype address that includes “jamesbond007” and another has the characters “DB9” in reference to the fictional MI6 officers’ much-coveted Aston Martin.

Another agent is reported to be obsessed with premium cars, whilst another is a heavy drinker who “systematically violates traffic regulations.”

Officials in Ukraine have accused the agents of being involved in criminal activities across Europe.

Fears are now emerging some of the spies may have been actively gathering intelligence within the United Kingdom.

Ukrainian officials did not disclose how they had obtained the list.

Aric Toler, a researcher for the investigative website Bellingcat, said some of the data appeared to be based on previous leaks of sensitive Russian intelligence.

Earlier in March, an FSB whistleblower claimed its spies had been kept in the dark about the plans for an invasion of Ukraine, going on to describe the war as a “total failure” akin to the collapse of Nazi Germany.

The FSB, which is a successor to the Soviet-era KGB, works mainly as a domestic security agency but has been linked to assassinations abroad.

Europe has long been the centreground for cold war-style espionage between spies.

Key cities such as Brussels, Vienna, Berlin, Prague and Warsaw have long been associated with clandestine espionage activities.

Intelligence gathering comes in a variety of forms, from human sources known as HUMIT to data obtained electronically known as SIGINT.

The standard procedure follows a pattern known as the intelligence cycle.

Governments and officials will often provide an intelligence agency with a list of objectives that follow the cycle of planning, collection, processing, analysis and dissemination.

Once the cycle is complete, officials can decide on the next course of action, namely acting on the final data, or pushing through another cycle based on intelligence received.

DON’T MISS:
Armed police swoop as road sealed off in Bristol [REPORT]
Brexit Britain back in the skies as UK aviation soars [REVEAL]
Boy dies after slipping out of the world’s tallest drop ride [INSIGHT]

There is often much confusion over the terminology used in the world of espionage.

Whereas many use the term “agent” believing this to be a spy, in reality, such assets are run by “handlers” or “officers”.

The job of such handlers, who are mostly employed by Government agencies is to create a network of agents to gather information for them.

Agents may include engineers working at a factory, a junior member of staff at a political organisation or any number or combination of roles with access to certain information.

There are also numerous layers of intelligence officers across the spy world.

These can range from open spies such as military attaches who do not hide the fact their job involves gathering information on behalf of their respective governments, to intelligence operatives working under the cover of diplomatic postings within embassies.

Has Putin lost his grip on the war with Ukraine? Will the revelation harm Russian intelligence sources across Europe? Is Putin losing faith in his inner circle by detaining FSB officers? Let us know what you think by CLICKING HERE and joining the conversation in our comments section below – Every Voice Matters!

There are also deep-cover officers who take on other roles within society, yet remain as sleepers or shadow cells secretly disseminating information back to their respective bosses.

The Security Services, also known as MI5 once dedicated around 80 percent of their resources to counter-intelligence.

However, since 9/11, counter-terrorism now accounts for the majority of resources.

With the invasion of Ukraine now being the centre stage in the global arena, fears that a new cold war has started could see security agencies return to higher levels of counter-intelligence.

Last year, a former head of MI6 warned only “10 per cent” of Russia’s operations in Europe have been uncovered.

Sir John Sawers, who led the Secret Intelligence Service between 2009 and 2014 said: “We see the extent of Russian aggressive intelligence activities across Europe.

“We probably only know 10 per cent of what they’re doing.

“There will be a great deal that intelligence services do that we’re simply not aware of.”