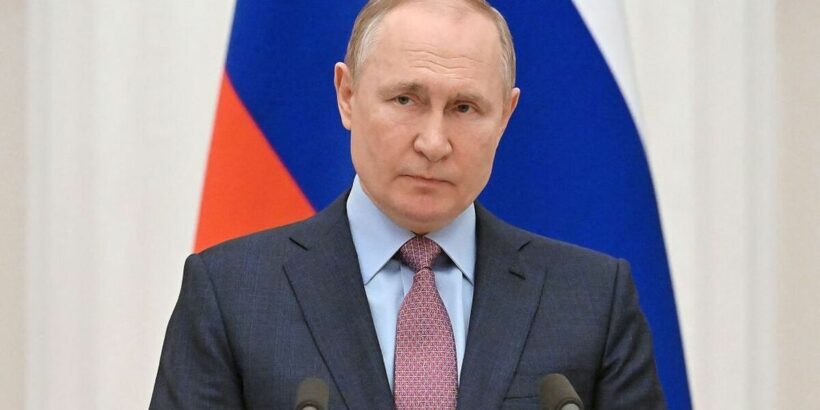 Ukraine: Russian artillery appears to be struck in Izyum

Volodymyr Zelensky said the Ukrainian successes were gradually pushing Russian forces out of Kharkiv in the country’s northeast, which has been under perpetual bombardment since the war began. In a video address, President Zelensky said: “But I also want to urge all our people… not to spread excessive emotions.

“We should not create an atmosphere of excessive moral pressure, where victories are expected weekly and even daily.”

Top US intelligence officials from Washington said the war was at a stalemate.

Director of National Intelligence Avril Haines said that President Vladimir Putin appeared to be preparing for a long conflict, and a Russian victory in Ukraine’s eastern Donbas region might not end the war.

However, the counterattack near Kharkiv could signal a new phase, with Ukraine now going on the offensive after weeks in which Russia mounted a massive assault without making a breakthrough.

Neil Melvin of the RUSI think-tank in London told Reuters: “Ukrainians are getting close to the Russian border.

“So all the gains that the Russians made in the early days in the northeast of Ukraine are increasingly slipping away.”

But by pushing back near Kharkiv, Ukraine could now force Moscow to switch to trying to defend its own long supply lines.

Retired US General Jack Keane, now chairman of the Institute for the Study of War think tank, said: “Our assessment is that they’re (Russians) having to pull some forces away from the axes leading to the control of the Donbas region because of what has happened in Kharkiv, and it just underscores the challenges they have.”

Ukraine said its armed forces in Donbas on Tuesday destroyed 12 Russian tanks and 19 armoured vehicles and shot down three aircraft.

In Donbas’ Luhansk region, Russian forces were shelling all routes out of the area, which has lost power, water and gas, regional governor Serhit Haidai said.

Mr Haidai said: “We are trying to restore mobile phone communications. Evacuation is quite impossible. We cannot take that risk.”

The number of Ukrainians who have fled their country since Russia’s invasion on February 24 is approaching 6 million, according to the United Nations, which says the refugee crisis is the fastest growing since World War Two.