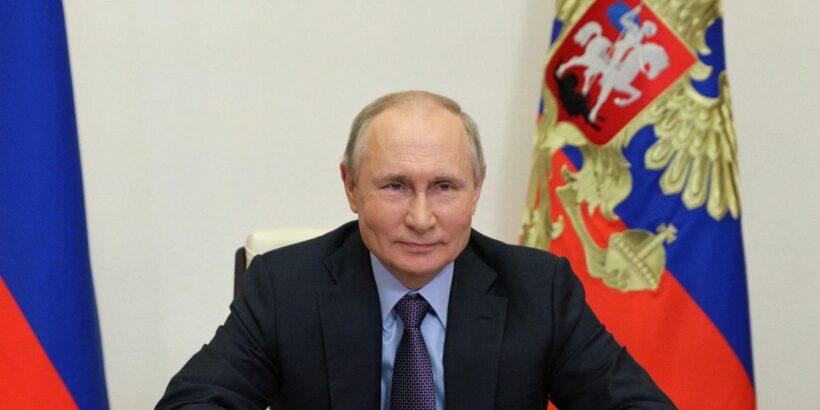 For out-of-this-world news, sign up for the Spaced Out newsletter

A body language expert who taught Vladimir Putin says his erratic behaviour during the Ukraine invasion has demonstrated how much he has derailed in the space of a mere few months.

Allan Pease, who has been dubbed 'Mr Body Language', says he has known the Russian president for 30 years and described him as a "fast learner".

He is concerned about Putin's apparent weight gain and changing behaviour, which some have linked to reported health problems.

The Australian expert says for many years the tyrant has executed the "tough guy" persona "extremely well" but claims his behaviour has drastically changed in the past month.

He said: "Putin has always been a fitness fanatic," he added. "Clearly at the moment, he's not working out.

"So rumours are swirling in Russia about him having cancer, or early-onset Parkinson's."

Allan went on to say that the president is no longer the "confident 'managing director' in charge" and noted how he is keeping himself isolated from others, reports The Sun Online.

In recent weeks, Putin has been pictured sitting on the end of an "absurdly long table" with either his back against the wall or window.

The expert believes the Russian leader has positioned himself as if he was "expecting an attack" and pointed out his increasing "paranoia", which could be a sign of being isolated though Covid-19.

He added: "The weight gain is significant, as is him distancing himself. He keeps everyone on the opposite side of the room from him.

"Clearly, there is something going on in his head. He doesn't want to be around people."

Allan says Putin's speculated sickness could be behind his reasoning for his impulsive choices in Ukraine.

"Putin is 69 now," the expert commented. "He's always been a patriot. If he was going to make a move on Ukraine, with his disease, he may be thinking: 'Well damn them, I'm going in'."

Allan has travelled to Russia for the past three decades before the pandemic hit and recalls last seeing the at the Winter Olympics in Sochi in 2014 and says he seemed the same as he did when he first met him in 1991.

"This change is a recent thing, and it is linked to his bloated face," he claimed.