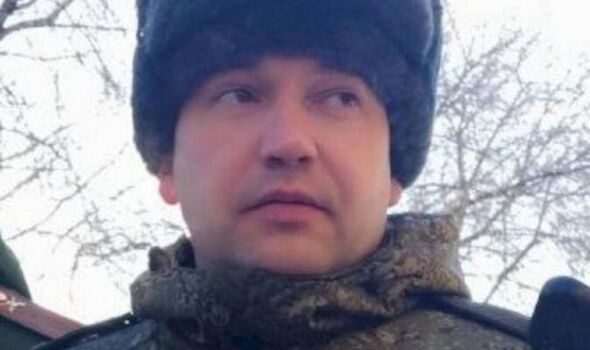 The Chief Directorate of Intelligence said Major General Vitaly Gerasimov, first deputy commander of Russia’s 41st army, died on Monday. Another Russian general, Andrei Sukhovetsky, also a deputy commander of the 41st Army, was reported to have been killed at the end of last month.

Gen Gerasimov, 45, had served in Chechnya and Syria, while Gen Sukhovetsky, 47, a paratrooper, had fought in Georgia and Chechnya, and was reportedly shot by a sniper near Mariupol on February 28.

But Samuel Cranny-Evans, a research analyst at the Royal United Services Institute, cautioned against hailing the deaths of the two senior officers as evidence that Putin was coming unstuck.

He added: “How many senior Ukrainian officials – military and civilian – have been killed? Russia may have more ready replacements and is unlikely to be losing civil expertise in the same way Ukraine is.

“Focusing on the Western perception of failure in the first week is wrong.

“What matters is that Russia is continuing to apply pressure and is making gains and advances. Russia doubles down when things aren’t going well and it doesn’t abandon operations lightly. We need to be ready for a shock.”