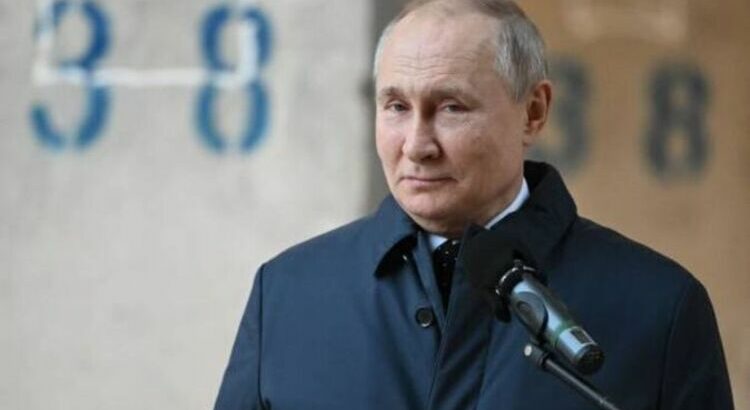 Aircraft account @CivMilAir tweeted that a US Army MQ-1C Gray Eagle was reportedly flying 17,000 feet up in Polish airspace 20 miles from the Ukrainian border. The @CivMilAir account regularly posts civil and military aircraft movements from around the world.

This news comes as fears rise that Putin may begin targeting civilians as Russian forces continue to bombard Ukraine.

Explosions have been reported in Kyiv, with one attack on a military radar communication centre in the suburb of Brovary.

Amnesty International have said an alleged cluster bomb attack in the city of Okhtyrka in north-eastern Ukraine could constitute a war crime.

A bomb hit a pre-school there, killing one child and two adults.

Dozens of people were killed in Ukraine’s second city Kharkiv by cluster bombs on Monday.

The International Criminal Court has said it will investigate alleged Russian war crimes in Ukraine.

It has also been claimed that Russia has deployed a thermobaric vacuum-bomb, which would be in breach of the Geneva Convention.

On Sunday Putin escalated tensions even further by ordering Russian nuclear forces on high alert, suggesting he could be prepared to deploy nuclear weapons in his efforts to take Ukraine.

US officials believe the invasion is more difficult and taking longer than the Kremlin expected, as they have encountered fierce resistance from the Ukrainian people.

Ukrainian President Volodymyr Zelenskyy has agreed to meet with Putin for peace talks on the Belarussian border on Monday, but so far there has been no breakthrough.

The EU, UK, US and many other countries have imposed sanctions on Russian banks and oligarchs and offered refuge to Ukrainian citizens fleeing the conflict.

The EU and Canada have banned Russian flights, an option the US is also reportedly considering.