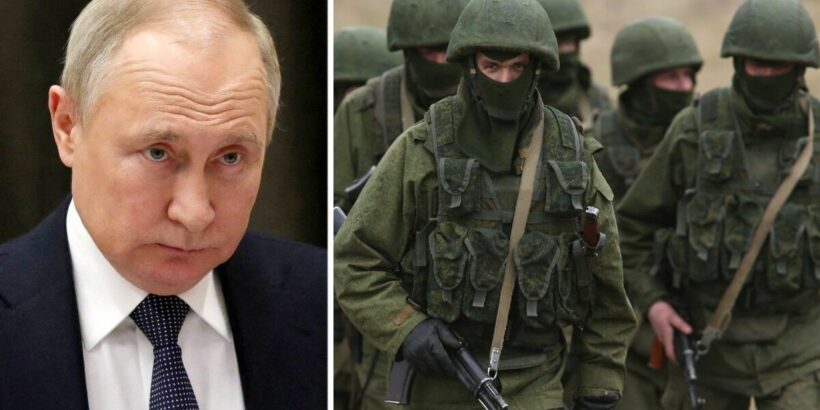 Court documents show that 115 national guardsmen, a force also known as Rosgvardia, were fired for “refusing to perform an official assignment” to fight in Ukraine. The soldiers instead returned to a duty station. Rosgvardia is a militarized force separate from the army, created in 2016 to fight terrorism and maintain public order.

It is often referred to as Vladimir Putin’s “private army”, as it is regularly used in crackdowns on anti-government protests.

The soldiers launched a collective lawsuit in a local Russian court to challenge their dismissal, but their case was rejected.

The court documents came to light after they attempted to appeal the ruling, but it was dismissed after the judge determined that they had been rightfully fired.

According to the Moscow Times, the hearing was held behind closed doors to avoid revealing “military secrets”.

He added: “I express doubts about the fairness of the process as a whole because my clients were denied to call up certain witnesses and several documents were rejected by the court.”

In the same week, a veteran Russian legislator caused further humiliation for Putin when he demanded that the Russian president halt his military campaign in Ukraine.

He said: “If our country does not halt the military operation then there will be even more orphans in our country.

“These are young people who could be of great use to our country.

“We demand an immediate withdrawal of the Russian troops.

“We demand an end to military action.”

In a scathing public letter, he said he was “ashamed” of his country, calling the invasion a “disaster”.

This comes as Russia appears to be sustaining heavy losses in Ukraine.

Since the invasion of Ukraine began on February 24 2022, a total of 25,100 Russian soldiers have been killed, according to Ukrainian estimates.

The UK Ministry of Defence’s more conservative estimate puts Russian casualties at around 15,000 – the same number of soldiers that were killed in the Afghanistan war, which lasted for nine years.