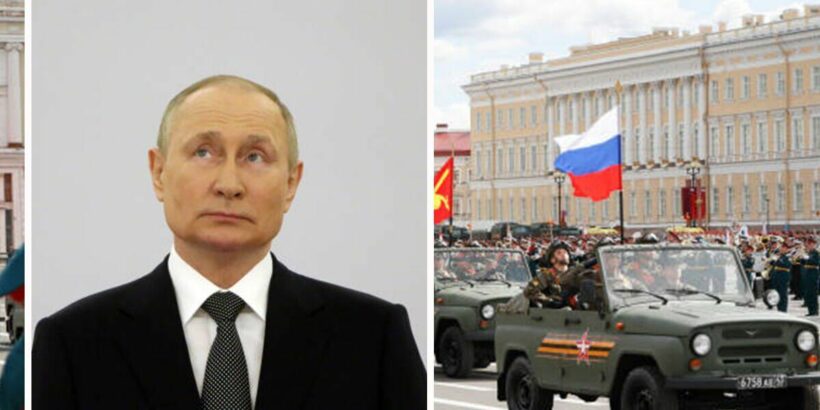 Earlier this month Russian President Vladimir Putin’s invasion of Ukraine bypassed 100 days of war. Moscow has so far been unable to achieve the quick military success its senior officials had hoped for. Efforts have now been re-focussed on taking control of the Donbas region, where intense fighting has been reported in recent weeks.

If Russia is to label its invasion of Ukraine a success, President Putin will want to, at a minimum, gain the upper hand in the Donbas.

The Kremlin’s forces control most of the region’s territory, but Ukrainian troops are holding out in the city of Severodonetsk, and several surrounding settlements.

Moscow has now pinpointed the Donbas as its “main effort” in the war, according to the Institute for the Study of War (ISW).

But despite having greater numbers and munitions, Russia’s progress has been halted by Ukrainian resistance.

Its level of performance on the battlefield has prompted Russia’s military to draw up war plans for another 120 days.

Ukraine’s Deputy Head of the Main Intelligence Directorate, Vadym Skibitsky, said he received confirmed information that Russian forces will adjust its plan, depending on its successes in Donbas.

He added the Kremlin is modifying its invasion plans almost every month.

The first will centre around Ukraine’s second city, Kharkiv, in the northeast of the country.

No significant developments have been reported near the city, since Moscow redirected its war efforts.

However, Russia is looking to withdraw its remaining forces there, and reposition them to defend ground lines of communication.

The second supporting effort will look at defending the southern city of Kherson, which was captured in the early weeks of the war.

Ukraine has launched counter offensives ever since to retake the city, but to no avail.

It holds geographical significance to Moscow as it forms a land corridor, which runs from Crimea all the way up to the Donbas and western Russia.

And the final part of President Putin’s plan will see a number of activities carried out in areas, under Russia’s control, added the ISW.

Over the weekend it was reported that Russian occupation authorities distributed Russian passports in Kherson and Melitopol for the first time.

Ukrainian sources reported that 25 Ukrainian residents received Russian passports in Kherson, as did 30 people in Melitopol.

Ukrainian officials claimed that only Russian collaborators and local occupation authorities received Russian passports, but these claims have been unable to be verified.

The Kremlin has also continued to export Ukrainian produce and grain to Crimea and Russia, from occupied Ukrainian territories.